CherwellIndependent since 1920.
Culture Music An Ode to Trixie Mattel If someone were to bring up ‘drag music’, the likelihood is that your first thought would sound a little something like 2:30am on a Plush Tuesday. Whether it be the all-familiar refrain of RuPaul’s ‘Sissy that Walk’ or the dulcet tones of your favourite local queen’s rendition of ‘Man! I Feel Like a Woman’, there’s a certain sound that tends to be almost synonymous with drag.

Most people’s mental image wouldn’t necessarily be a self-proclaimed ‘backwoods barbie’, complete with heartfelt lyrics and autoharp-driven melodies to match, or at least not until recently. Shot from relative Milwaukee fame to worldwide drag superstardom almost overnight, Trixie Mattel is known for doing just that.

Now three albums and nearly two million Instagram followers deep, Mattel gained a reputation after appearing on season seven of RuPaul’s Drag Race and subsequently winning season two of the ‘All Stars’ edition in 2015 and 2018 respectively. Known for her exaggerated take on Barbie’s signature look (hence the ‘Mattel’) and witty improvisational humour, she won hearts, a successful web show with best friend and creative partner Katya, and a modest $100,000. Whilst a considerable amount was spent on refining her drag, she funnelled the rest into her drag-meets-country-music passion project.

Her first EP, Two Birds, was released in 2017 – a six-track collection of songs touching on classic country tropes such as marriage, hometowns, and the trials and tribulations of getting into full drag on the road. At the time, it was a far cry from what her newly-found Drag Race fans knew her for. Whilst she did dabble in music in season seven, this was in a theatrical parody of John Waters’ Pink Flamingos – not quite doing justice to the extent of Mattel’s talents. Instead, she showcased a genuine and tender component to her voice and image alike, previously masked by the seven stacked pairs of 301 lashes.

In interviews around the time of the release of Two Birds, Mattel was candid about how the process of writing her lyrics differed from her usual stand-up routines. Talking about track three, ‘I Know You All over Again’, she shared how she’d go from telling jokes on stage about her time on Drag Race, to drinking alone at her hotel bar and openly sobbing whilst writing lyrics. She talks of the fallout of a break-up with autobiographical finesse: “And I don’t call you when I cry/And I don’t stay the day in bed/Mostly I’m fine/Most of the time I get by, like I said.” It’s lyrics like these that showed fans a different side to the larger than life Trixie character that she’d created, letting them in bit by bit to hear the vulnerable voice of Brian Firkus – the man behind the makeup.

The 2018 follow-up to Two Birds – you guessed it – One Stone, only further proved to showcase Mattel’s musical prowess. With lyrics, vocals, and multi-instrumentals provided by Mattel herself, the EP took the #1 spot on the Billboard Heatseekers charts. This served to break not only her music, but modern drag music in general, into the limelight. Premiering on the same night as her season of Drag Race: All Stars, it acted to bridge the gap between Drag Race fans and fans of drag as an art form.

This is not to say that Mattel is the first to do what she’s been doing for drag artists these past few years. Figureheads such as Divine and RuPaul himself undeniably paved the way for Mattel to have the creative freedom to bring drag country music to the masses. The way in which Mattel does it, however, is what makes her art so special. As drag has become more mainstream and commercialised, its flaws as a community have been put under a microscope. RuPaul has been heavily (and rightly) critiqued for his erasure of AFAB (assigned female at birth) performers – who build up a large and fundamental part of the community as a whole. As Drag Race is the main form in which many people see drag, this erasure is damaging to AFAB performers worldwide. Without women, drag would not be what it is, – something that is at the heart of Trixie Mattel’s music and image.

Whilst Firkus is himself a cis, white, gay man, he has put women right to the forefront of just about everything he’s done. Owing his sound to inspirations like Dolly Parton and Kacey Musgraves, he uses his platform to hold women to the highest esteem. Regularly inviting female fans on stage to sing his songs, and writing music “for and about women”, he does so in a way that doesn’t trivialise the female experience as many drag performers tend to do. As a man in a male dominated scene, Mattel brings a refreshing riot grrrl-esque ‘girls to the front’ ethos, embedded in country songs. Whilst much more needs to be done to make the drag community a more inclusive space, Mattel is doing what more performers in her position should be – and sounds pretty great whilst doing it. 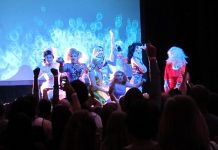 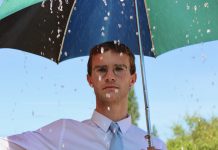 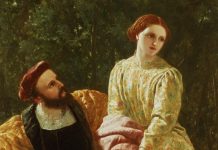 The language of Pride: five books I read in the closet 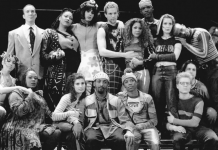 Eight LGBTQ+ Musical Theatre Songs to Listen to this Pride 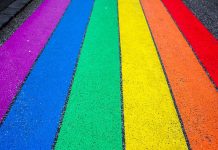 Songs of a Pride Cancelled