CherwellIndependent since 1920.
Life Profile In Conversation with Baroness Hale 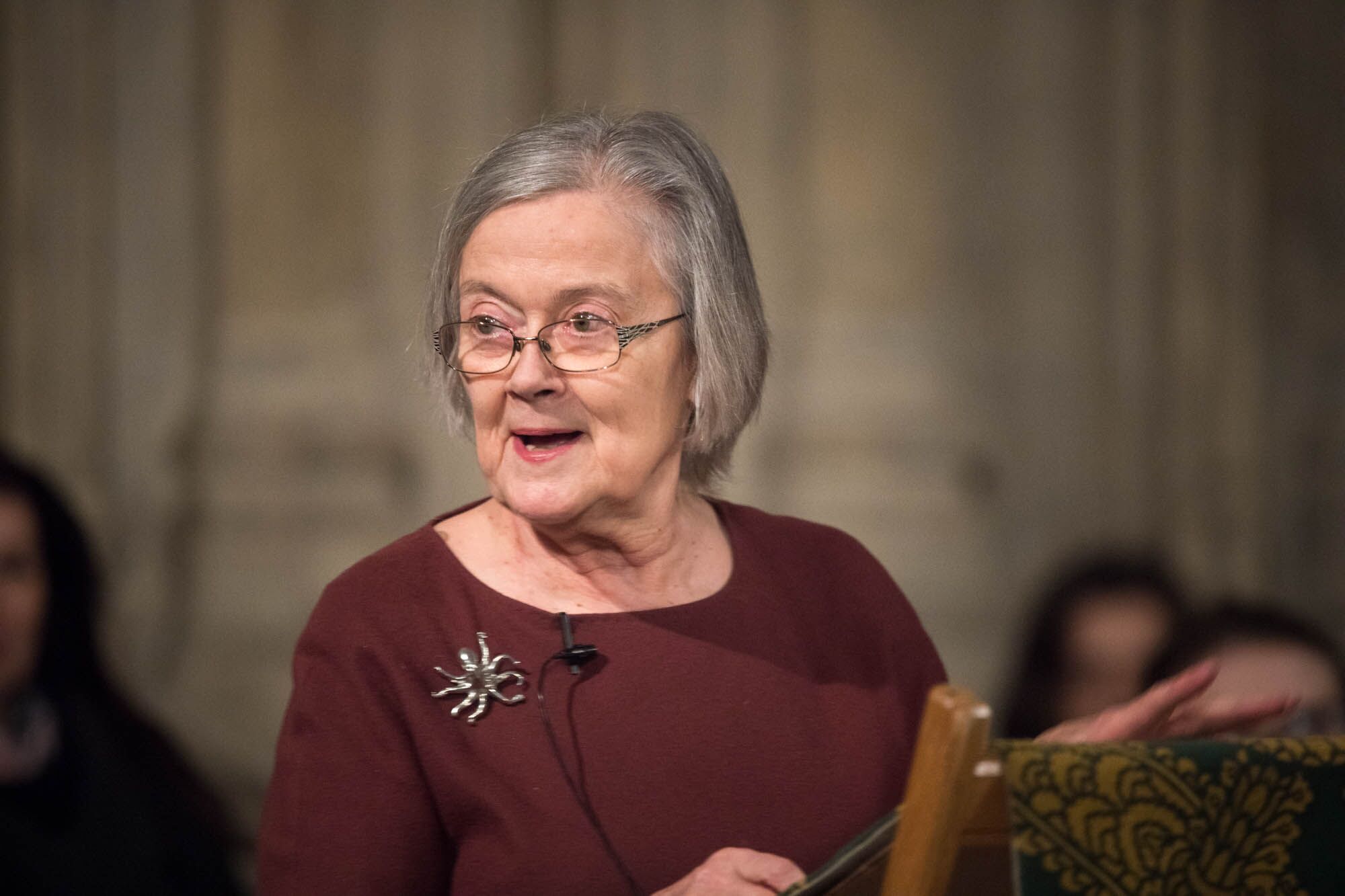 The diaries of Lord Hope, the first Deputy President of the UK Supreme Court, describe Baroness Brenda Hale: “Brenda is not easy to deal with, frightens some people and is so relentless in her pursuit of her agenda about women.”. First impressions of Hale don’t fit with Hope’s picture of a difficult woman on the warpath; she is immediately warm and welcoming.

In December, Baroness Hale retired as President of the Supreme Court. She became a prominent name after her central role in blocking Boris Johnson from proroguing parliament before Brexit’s deadline on 31st October. Her role in 2017’s Miller 2 drew criticism from the press, including the Daily Mail who branded her an “Ex-barmaid with a spider brooch who spun legal web that snared PM.” Since retiring at 75, Hale has hardly stopped working. She’s accepted new jobs as a visiting fellow at Mansfield, LMH and UCL.

She plans to tour the world as a visiting judge, speaking in Hong Kong and California. But today, Hale is at New College, Oxford, speaking at an event to celebrate the 40th anniversary of women matriculating to the college.  We sit down in the Warden’s lodgings before her lecture; Hale is wearing one of her signature brooches, although not the spider brooch that brought her tabloid attention.

She’s been the pioneer in many roles in her life, and she describes how men in the institutions she went into “were a bit frightened to have a woman, didn’t know what to make of me to begin with.”

When Hale studied at Girton College, Cambridge, she was just one of six women reading law in her year. “I think the women, when I was there, almost all felt very privileged to be there. We didn’t feel entitled. Whereas we were surrounded by a lot of men who didn’t think they were privileged. They just thought they were entitled. Though, Cambridge was quite good fun, as you can imagine”.

“I think the fact that the colleges are now all mixed in Oxford in Cambridge means the gender balance is more even, and this has made a huge difference.”

She matriculated in 1963, received the highest mark in her year for Law, graduating with a starred first. After graduating, she decided to go into academia, becoming Professor of Law at Manchester in 1986. By then, she had already started part-time work as a barrister.

We discussed how 62% of those reading law at Oxford are women. “It’s probably slightly less than nationally, but certainly there are more women reading law than men. I’m a bit worried if it got too far the other way. I think 60/40 either way is acceptable, but once you go either side of that, it’s damaging.”

For women in the law profession, “things are getting better,” says Hale. She cites that although the QC rate has been going up about 1% a year for the last 10 years, it shows how low it was 10 years ago.

“The acceptance rate for QC applications by women is higher than it is for men. So, the trouble is you don’t apply to be a QC until you’ve got a certain sort of practice. And, until recently for a variety of reasons, women were not developing that sort of practice.

However, “It’s still a bit of a problem. We did a study of the number of women barristers who were instructed to appear in the Supreme Court. The figures were depressingly low.” The study shows that, out of 709 leading counsel, just 94 were female (13.3%). Of the 709 first juniors, 203 were female (28.6%), compared to the 38.7% of the junior Bar which is female.

“We felt that most of those were juniors, not actually on their feet. So the number of women on their feet in the Supreme Court is less than it really should be. That is a problem because obviously those are the women who are the most successful. I don’t say that’s the only route onto the higher judiciary, but nevertheless, it’s the principal route onto the course. So if there are not enough of them being instructed in the court of appeal and the Supreme Court, that’s something to be tackled.”

Hale has been the pioneer in many of the roles she has held, and is the role model for women whether students of the law or not. I ask whether it has been difficult without a female role model.

“In almost everything I have done I’ve either been the first or one of the first. I’ve sometimes been the second – sometimes it’s harder to be the second than the first, not for yourself, but for the powers that be to psych themselves up to have a second woman. So I’ve been very fortunate in the first women that I have followed. So I don’t think I have generally had role models among women in the law for that reason. Elizabeth Butler-Sloss was the first in the court of appeal, the first woman president of the family division, was a role model to some extent. She and I get on incredibly well, but we couldn’t be more different, which is a good illustration that women are as different from one another as men are. but mostly I’ve had to do it my way, because there was no other way that I knew.”

“Of course, I can follow the male role model. It was more dramatic becoming the first woman Law Lord in 2004 than becoming President, as it was more of a step change from the court of appeal. They were a bit frightened to have a woman, didn’t know what to make of me to begin with. It took them time to get used to me. So that was much more of a change than becoming the first woman president because we’re a small organization and they all knew me, hey get what I was like. I think they mainly thought they could get on with me, and I had a very good role model to follow in my predecessor, Lord Neuberger. I didn’t feel being President was actually that difficult.”

I ask her about the cases she’s been involved with that she’s most proud of, and she is quick to mention some that have made extremely important developments in the field of family law.  The solution to Stack v Dowden, a ruling to deal with properties held in joint names, she thought was “blindingly obvious.”

Secondly, she was “very pleased” with the case ZH (Tanzania), which gave priority to the interests of children in all public law decisions, but particularly immigration ones.

Thirdly, her work on Yemshaw v London Borough of Hounslow broadened “the understanding of domestic violence from physical to emotional.”

Anticipating a the inevitable question, frequent since her jugement in Miller 2 shot her into the national consciousness, she admits that “the prorogation case has to be my number one judgement.”

Both Miller cases received intense press scrutiny. I mentioned the Daily Mail front page that labelled three High Court judges ‘Enemies of the People’ for their judgement in favour of Miller. On the relationship between the media and the judiciary, Hale was decisive.

“Well, it’s not for the judiciary to balance it. We have a free press, a free media. So it is up to them to decide within the limits of the law what they say. I think in terms of ‘the enemies of the people’ front page, it was of course the Lord Chancellor’s job to defend the independence of the judiciary. And I don’t think that would have been difficult.”

“I think had I been Lord Chancellor, I would have said: “We have a free press in this country. You are entitled to say and print what you like, but it is my job as a senior member of the government charged with defending the independence of the judiciary to tell you you’re wrong. Simple as that. You are wrong. These are conscientious judges, making a judgment in accordance with their traditional oath to uphold the law.”

“And there is a right to appeal and we shall see what the Supreme Court says about it. Of course, the Supreme court upheld [the High Court’s judgements]. If I’d been feeling very bold, I might’ve gone on to say: beware what you wish for. Because if you are serious about respect for the rule of law in this country, you have to be very careful about undermining public confidence in the integrity of the judiciary and the integrity.”

“We know more about their judicial and legal philosophies than we do about their party politics. And they don’t go hand in hand.”

Does she have any plans to try her hand at the House of Lords, where she has automatically become a crossbencher?

“Although I have taken the oath in the house of Lords, I don’t see myself spending much time there for some time to come unless there’s something there I really don’t feel I can keep my mouth shut about. But that hasn’t turned up yet. And of course, while there’s anything going on to do with Brexit i’m not going to do anything. But that’ll be interesting to see. Obviously the retired judges are all crossbenchers and I’m one of life’s crossbenchers anyway.

“I’m not signing up to any of the political parties. I will say, I couldn’t possibly take a party whip.

“In the Lords the party whips are pretty powerless, but nevertheless I couldn’t take one because that’s agreeing to vote for things that you don’t necessarily agree with. But that’s a long time down the track.” 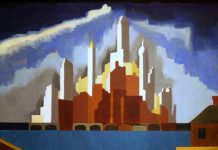 Interview: Alexandra Andrews, author of Who is Maud Dixon? 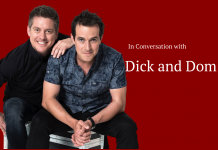 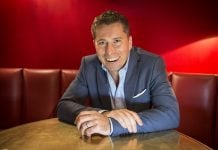 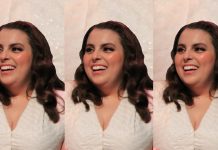 Coming of age with Beanie Feldstein 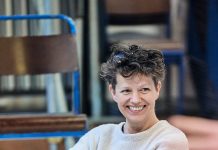