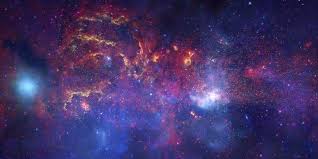 On 25th January, the University Physics Department held a special stargazing night at the Denys Wilkinson Building on Keble Road. Running from 2 PM to 9 PM, it was a chance for over 1,000 people of all ages to see both inside the Physics Department, and out at the stars.

Running annually since 2012, the event acts as an open day for the Physics Department and provides opportunities for families to learn about space and the night sky. Activities included a series of child-friendly talks, arts and crafts stalls and a new virtual reality experience designed to bring users closer to the Universe.

Lectures ran throughout the day. The topics embraced were suitably eclectic, ranging from “Dark Matter and His Dark Materials”, via “How do we know the Milky Way galaxy is a spiral?” to “Giant Galaxy Burps”. Talks were given by University lectures and researchers, including Dr Becky Smethurst, who also runs the YouTube channel Dr. Becky designed to bring astrophysics to a wider audience.

The event also featured a diverse array of ways of observing space. Attendees were provided with the opportunity to use the Roswitha Wetton telescope, located on the Denys Wilkinson Building’s roof, in order to find neutral hydrogen in the Milky Way. Later, tours of the night sky were hosted in the planetarium for visitors. For seasoned amateur star-gazers or those who wanted to give it a go for the first time, hints and tips about viewing the universe were given in workshops from local experts from Oxfordshire’s amateur astronomy groups, as well as from members of the Department.

Aside from observation, plenty of opportunities were provided to explore the department and its work. Astronomers were on hand to answer questions on space in the “Science Café”. Games were hosted in the lecture theatre, and a series of astronomy-themed craft activities were run. These “Astrocrafts” were newly themed this year around the theme of upcycling and the transformation of old cereal packets and CDs into spectrographs.

The University Physics Department was unavailable to comment on the night’s success, but with now nine years under its belt, it’s likely the event will continue in future.