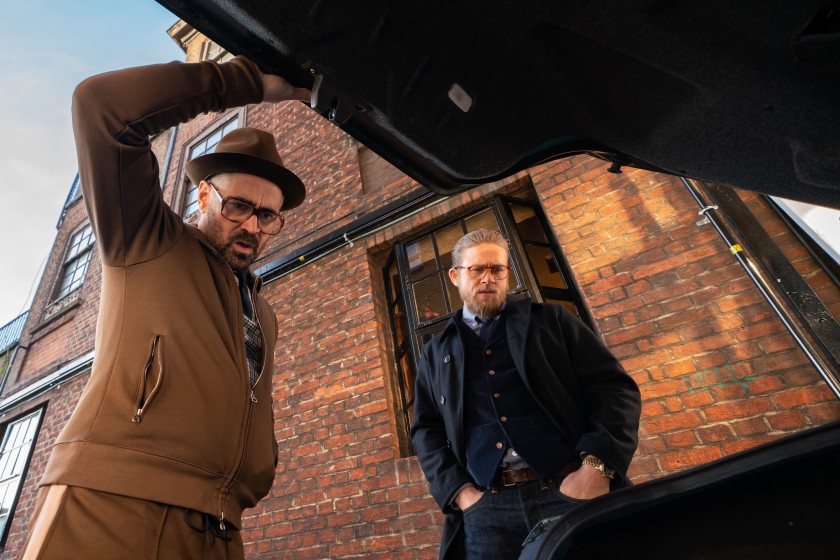 Guy Ritchie’s The Gentlemen has been described – somewhat euphemistically by critics – as a ‘guns and gangsters’ film. It has been perceived as an unsubtly orgiastic love-song to organised crime and its concomitant violence. This does a disservice to a film which in fact tries to grapple with the ambiguities and tensions of urban modernity. Far from revelling in a dated world of wheeler dealers, diamond geezers, and Mockney caricature, The Gentlemen depicts the delights and dangers of our present age. The film only has one character with a Cockney accent, and a relatively soft one at that, which in itself reflects the changing face of Britain’s capital city.

Thus, on the face of it, it might appear surprising that class is absolutely central to The Gentlemen. Indeed, Ritchie initially titled the screenplay Toff Enough. Social status fundamentally shapes the film’s characters, from the pretentious faux-country squire accent which Matthew McConaughey’s protagonist Mickey Pearson doffs, to the pathetic drug-addict Laura Pressfield (Eliot Sumner), whose binges are financed by her aristocrat parents. Throughout, the fragility of high-status positions is exposed, and those with material, social and cultural capital mocked. Ritchie is trying to tell his audience that institutional privilege is clearly as relevant today as it’s ever been. Indeed, he includes a telling nod to Oxford as a breeding ground for pretentious junkies with more money than sense.

There are further nods to the tensions of contemporary society. London’s knife crime is a recurring motif throughout. Yet Ritchie’s message is unambiguous: boys with knives are just that – boys.  They are young, inexperienced and ultimately frightened, using weapons as solutions to problems (often of their own making) without thinking through the consequences of their actions and are quickly overawed by truly genuine threats. Thus, when Colin Farrell’s Coach (a famed boxing instructor) wearily knocks the knives out of the hands two cocksure adolescents at a chicken shop, the message is clear: children carrying weapons, unsurprisingly, have no idea what they are doing.

Coach is in some ways paradigmatic of British civic life at the turn of the decade. Fiercely protective of the boys he teaches to box, he shields them from the harm they would otherwise come to, given their troubled upbringings. Coach represents many ordinary 21st century Londoners in his unswerving devotion to providing support and stability to those who might otherwise have been discarded by Britain’s elite. Indeed, the state in all its forms (the police, judiciary, and so on) are tellingly absent. Perhaps Ritchie is suggesting something about the condition of Britain, ten years into austerity.

If anything, The Gentlemen would have benefitted from more time spent in Coach’s gym, and less in the decadent splendour of country piles and chic London townhouses. Ritchie’s previous masterpieces – Lock, Stock and Two Smoking Barrels (1998), and Snatch (2000) – were so riveting in part because they focussed on the outsiders drawn into vast, sprawling criminal underworlds. Thus, the prosaic lives of petty thieves and crooks are blown apart by prospects of untold riches and unparalleled danger.  By homing in on the centre of a criminal maelstrom in The Gentlemen instead, Ritchie ups the material stakes but sacrifices some of the pathos he might have otherwise harnessed.

The added problem here is that the weaving, swerving, interlocking plotlines for which Ritchie is usually renowned are not fully utilised in The Gentlemen. Plot twists can be seen coming before they are explicitly revealed, in the main because sparring business tycoons are more familiar to cinematic audiences than the intricacies involved in fixing boxing matches (Snatch) or petty armed robbery (Lock, Stock). The Gentlemen is about the centre of criminal empires, which is in some ways a shame, as Ritchie has aptly demonstrated in his earlier works that far more ambiguous and interesting dilemmas appear on the periphery of such worlds.

Nevertheless, what The Gentlemen might lack in its narrative complexity it more than makes up for in its fleshed-out characters. Particular praise must be reserved for Hugh Grant’s ‘Fletcher’ and Michelle Dockery’s ‘Rosalind’. The former is a slimy, lisping investigative journalist who purrs and simpers as he tries to blackmail Raymond (Charlie Hunman), Mickey Pearson’s right-hand man. Hugh Grant is almost unrecognisable playing this sleezy tabloid writer, a far cry from his earlier years as Richard Curtis’s go-to cheesy heartthrob. Equally, Michelle Dockery, who rose to fame in Downton Abbey and has gone on to become a staple in British period dramas, takes on a new role to play a powerful and elegant businesswoman who exerts measured influence over her husband Mickey.

On the whole, Ritchie deserves much praise for The Gentlemen. It’s a cool, cutting take on contemporary life, mixed with hefty doses of sharp dialogue, neat camerawork and bloody violence. It captures today’s zeitgeist, without feeling heavy-handed or preachy. So, although The Gentlemen may have plenty of guns, quippy one liners, and testosterone-fuelled punch-ups, it rises comfortably above the petty limits of its genre conventions.