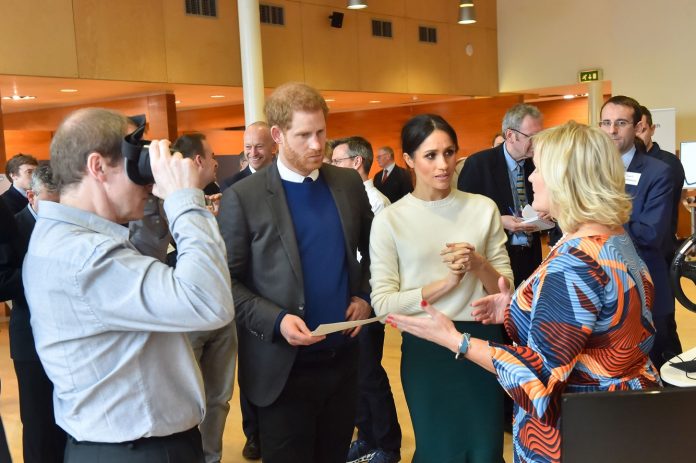 Imagine being the Queen right now. You’re 93 years old, and your 98-year-old husband isn’t very well and has spent Christmas in and out of hospital. You’re knackered from the last three years of political turmoil and all the faff of the election, opening Parliament, and the prorogation hoo-hah. You’ve just had to fire the man everyone knows is your favourite son from the family business, for accidentally convincing the nation that he didn’t give a hoot about the victims of his paedophile friend. You’ve even had to prevent him from going to Church with you on Christmas Day because such is the mess he’s caused your family that you can’t be seen in public with him. And then, to top it all off, your grandson decides to give you, your family, and everything for which you have stood for the last 67 years, the most almighty slap in the face. And you find out that your own grandson is effectively severing ties with you not because he talked to you about it and explained whatever difficulties he was in and what he and his wife felt they need to do for their young family, for whatever reason, but because one evening it just popped up on the telly.

Imagine being the Queen and now having to deal with the fallout this will cause for your family and for the institution which you embody. It would be difficult enough if Harry and Meghan had decided to renounce their Royal status altogether and move away. But what they have done is far more damaging to the monarchy. In deciding to retain their royalty whilst renouncing ‘senior’ status, they have essentially decided to live with all the privileges of being a member of the royal family while shirking all the duties that come with it in return. Aside from the role the Royal family play in our constitutional settlement, the unspoken agreement between sovereign and their subjects is that in return for the privileges that royalty is afforded, the Royals themselves carry out their ‘public duties,’ undefined as they might be. Harry and Meghan had a beautiful and vastly expensive royal wedding. The taxpayer has shelled out 2.4 million quid to renovate their cottage. They have now decided that they don’t fancy upholding their side of the deal, and to add insult to injury, they’ll be further abusing their royal status by turning ‘Sussex Royal’ (which they have already trademarked) into a brand to further milk the cow of privilege they are lucky enough to access, to but which they will do nothing in exchange for. It’s clear that the two of them fancy being American-style mega-celebrities, with the added bonus of the prestige of their royal titles, so as to convert a public image of themselves into a multi-million-dollar business empire. I suppose that the funding of the Duchy of Cornwall (which comes from Charles) was not quite sufficient for the lifestyle they want to lead. Not that they’ll be weaning themselves off the Duchy’s income in their quest for ‘financial independence’. They’ll only be renouncing the Sovereign Grant which provides around 5% of their income, whilst generously retaining the rest of it.

So, they have a publicly-funded cottage, the celebrity of their publicly-funded wedding and of their royal status, the debt for which they refuse to pay back, and the considerable fat of Harry’s father’s land to live off. Impressive financial independence. Together, Daddy and the British taxpayer shall provide! Harry may have just become the most senior trustafarian in the world. Maybe when they begin exploiting their branded version of the royal household they’ll write a cheque to Her Majesty’s Revenue and Customs to reimburse the public for its unfortunate investment.

And who is going to have to foot the political and personal bill for all of this? For the fresh wave of republicanism that will surely break as the taxpayer realises just how raw this rawest of deals turned out to be? Poor old Queen. She didn’t do anything to deserve the family she’s got.

Elizabeth the Last: What next for the monarchy?

Love and patriotism: A critical reflection on the Jubilee