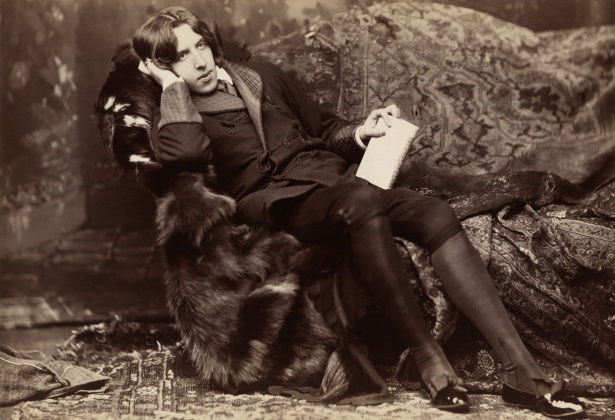 A solid gold ring given as a gift of friendship by Oscar Wilde to his friend William Ward has been returned to Magdalen College almost 20 years after it was stolen from the college library.

In a ceremony held on the 4th December, the ring was presented back to the college by George Crump, a commodity trader who had helped track the ring down.

Police were called to the college library in the early hours of the day after May-Morning in 2002 when Eammon Andrews, formerly a cleaner at Magdalen College, climbed through a skylight and removed the ring from its display case. He smashed the glass covering the cabinet containing the ring and escaped with the item, alongside a set of rowing medals awarded to the college in 1910 and 1932.

Forensic scientists managed to trace Eammon using DNA from blood left at the scene. He was sentenced to two years’ imprisonment for the theft, served alongside a further six years to which he had already been sentenced for an earlier burglary.

By the time police tracked down Mr Andrews, the ring had already been sold to a scrap dealer for £150, a fraction of the £35,000 it is believed to be worth. Fearing that the ring would be melted down and sold for scratch, Magdalen offered a reward of £3,500 for information leading to the ring’s safe recovery. Almost twenty years later, in November this year Arthur Brand, a Dutch art detective, tracked down and retrieved the ring. Mr Brand was able to identify the precious item by the inscription on the exterior of the band which reads “Gift of love, to one who wishes love” in Greek.

According to Mr Brand, rumours circulated in the art underworld that a Victorian ring with a Russian inscription had appeared on the market. Mr Brand recognised the description as that of Oscar Wilde’s ring (if the Greek were mistaken for Russian). Working with William Veres, an antique dealer based in London, and George Crump, the son of a well-known casino owner with knowledge of the art underworld, Brand retrieved the ring for return to Magdalen College.

It is understood that the recovery of the ring is linked intimately with the famous robbery at Hatton Gardens, and the ring apparently emerged shortly after almost £200 million of jewellery was stolen from the safe deposit facility in 2015.

Oscar Wilde attended Magdalen College from 1874 to 1878, where he read the Greats (classics). It was at Magdalen College where he met William Ward, also a student at the college between 1873 and 1876. Wilde referred to Ward affectionately as ‘Bouncer’ in much of their correspondence.

In the year of Ward’s departure, Oscar Wilde and Reginald Harding gifted him a ring shaped like a belt and buckle, and cast in 18-carat gold. As well as the Greek inscription on the outside, Wilde inscribed the friends’ initials “OFOFWW & RRH to WWW 1876” (Oscar Fingal O’Flahertie Wills Wilde & Reginald Richard Harding to William Welsford Ward 1876) on the inside. Ward donated the ring with a set of letters written between the two friends to Magdalen college at the end of the 19th century.

In a now-published letter, Wilde wrote to Ward: “I am so glad your people liked the ring, and if the Greek lines you quoted to me would fit it would be charming. Perhaps however our initials inside and [Greek Inscription] outside would be all that would fit conveniently.”