CherwellIndependent since 1920.
Culture Theatre Review: Me, as a Penguin – ‘bound to put a smile on...
Facebook
Twitter

There are many examples, both in the wild and captivity, of same-sex pairs of penguins trying to raise a chick together. Some of them even attempt to hatch bits of rock and fish, and in aquariums such penguin partners have been given fertilised eggs, going on to successfully hatch and raise them. So far, so heartwarming. That is until a recent news item about such a pair raising a “gender-neutral” chick (no, I’m not exactly sure what this means in the penguin world either) led to the ever-present and unwantedly opinionated Piers Morgan declaring that he is now “identifying as a penguin”. Isn’t the modern news cycle fun?

Me, as a Penguin, the 2009 offbeat comedy by Tom Wells on this week at the Burton Taylor Studio, somewhat predates this particular controversy—although gay penguins, of the kind that sparked Morgan’s tirade, do come up. We are introduced to sensitive, knitting-obsessed Stitch (geddit?) who is living in Hull with his pregnant sister Liz and her husband Mark. He has upped sticks from his seaside hometown, where he spent his days working in his parents’ wool shop and advising the local grannies on tricky crochet projects, in order to dip his toe halfway into the big-city gay scene.

Set entirely in Liz’s front room, this is a kitchen sink comedy-drama with everything but the kitchen sink itself. Stitch feels he doesn’t fit in anywhere and is painfully aware of it, spending most of the play doing what can only be described as moping about. Then again, who hasn’t spent an evening drinking vodka, sobbing, and listening to Kate Bush?

There is, however, a serious side to all the farcical behaviour, and our exploration of his unfulfilling life through the eyes of his sister and brother-in-law is tragically endearing. It does also occasionally veer towards the pathetic, bringing to mind a pretty boring counselling session with far too much crying.

Anyway, this gripe can be planted firmly at the door of the playwright. The question is, how was this particular performance? The small cast worked well together, charmingly and believably portraying their everyman characters. Peter Todd as Stitch is hesitant, shy, and emotionally constipated: perfectly in character. Martin Parker and Jennifer Crompton get the most laughs as the husband and wife who love to hate each other, while Charlie Wade, as Stitch’s laddish misplaced love interest Dave, is dynamic and cruel, livening up the play no-end.

The production manages to steer refreshingly clear of thespy tropes that often plague student theatre. That is, except for the interpretive dance scene transitions: funny, but probably not meant to be. There was a bewildering range of Northern-ish accents on display, ranging from generic Yorkshire pretty much all the way down to North London. In all seriousness, for a play about a close-knit family where the plot revolves around the fact that these characters have never moved far from Hull, the accent choices were just confusing. Pacing also suffered in places, with some particularly painful pregnant pauses.

There were however plenty of laughs, and I spent much of the evening grinning at the likeable characters, the farcical positions they found themselves in, and their wry observations on everything from IKEA furniture to ice lollies (you’ll never see a Mini Milk in quite the same way again…). This is a nicely put-together production of a play that is heartwarming, verging on the overly sentimental—a bit like the news coverage of those gay penguins, come to think of it—and is bound to put a smile on your face. 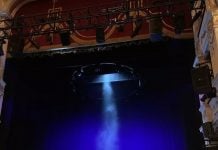