The event was advertised by the Careers Service as chance to, “discover the opportunities Glencore can offer you in the oil and energy industry” 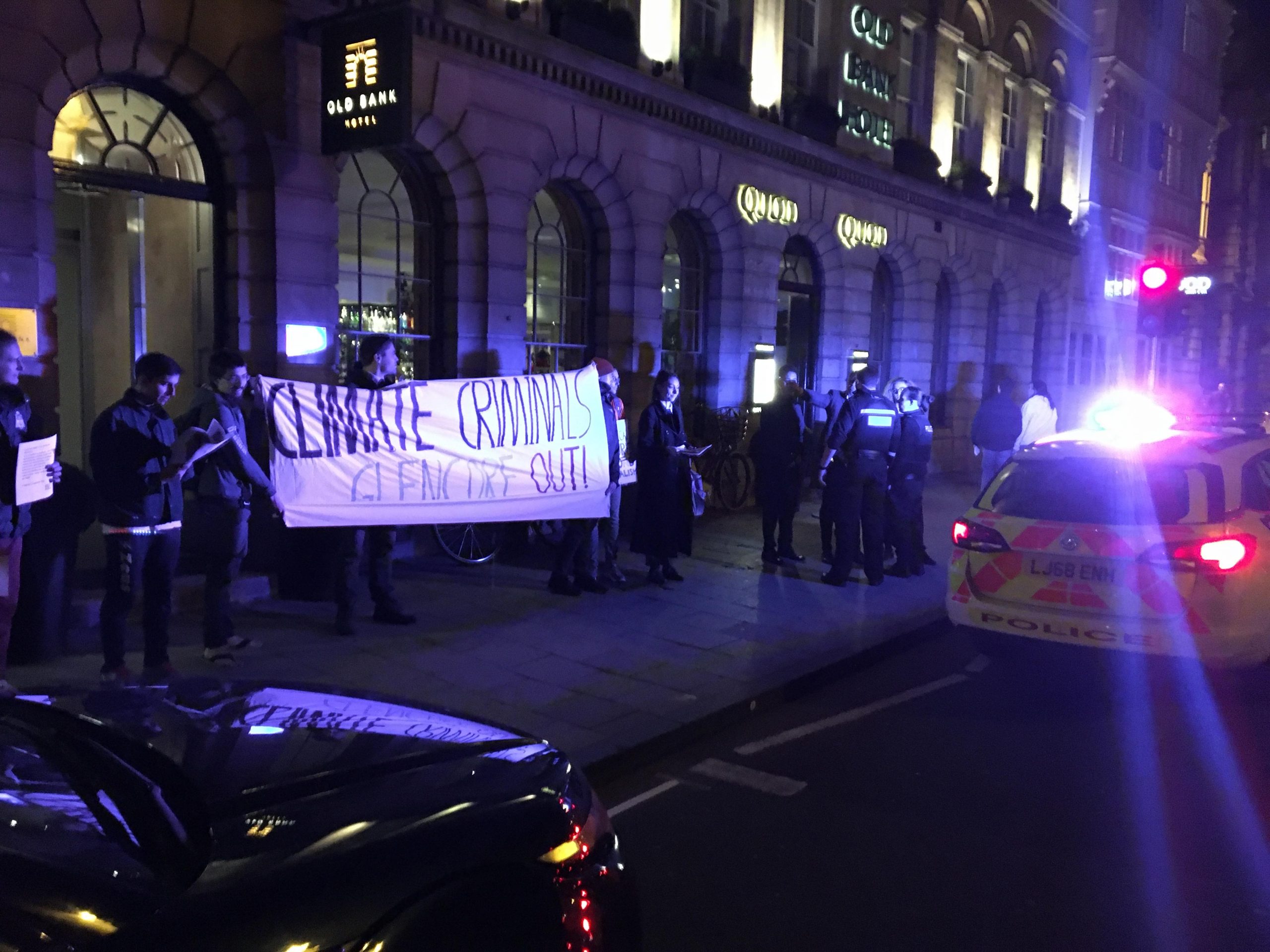 The Oxford Climate Justice Campaign protested at Glencore’s recruitment event at the Old Bank Hotel on Monday night. Glencore are a multinational commodity trading and mining company. They are the world’s largest exporter of thermal coal, as well as trading in oil, metals and minerals.

The event was advertised by the Careers Service as chance to, “discover the opportunities Glencore can offer you in the oil and energy industry”.

Glencore staff and the police all attempted to move protestors, who were blocking the entrance to the event. When participants attempted to enter through the hotel’s restaurant, protesters leafleted outside.

The campaign’s protest was attended by a group of around 15, consisting of students and local residents.

A spokesperson for the campaign said, “Around 500 members of the public were leafletted and many hundreds more saw our huge ‘CLIMATE CRIMINALS: GLENCORE OUT’ banner. Attendants had engaging and supportive conversations with students, local residents, hotel and restaurant guests, and even those who had come with the original intention of attending the event”

“With the exception of those with control over booking, we appreciate staff were just trying to get on with their jobs. However, a high class venue such as The Old Bank Hotel also has a responsibility to address the climate crisis. When it profits from renting its establishment to climate criminals such as Glencore, it becomes complicit in the crisis, and we hope it will make the decision not to repeat such events in the future.”

Glencore and the Careers Service have been contacted for comment.