It may seem an overstatement, but I truly believe that Shane Meadows’ This is England saga is one of the greatest contributions ever made to British culture. Meadows serialized what it meant to be a young person growing up in the UK over a very politically and artistically significant period and despite its ‘naturalness’, projected it to an epic scale – chronicling the lives of characters going through a very significant period of their own. Although Channel 4’s The Virtues consists of just four episodes, its narrative is constantly fluctuating between the present day and the past, making it seem like we have been with this story for a long time, thus endowing it with this same sense of continuity and memory possessed by its predecessor.

The Virtues tells the story of Joseph, ‘Joe’, (Stephen Graham) who, following the new absence of his young son moving to Australia, returns to the questions and events left untouched after his own absence as a child. He returns to Ireland where he grew up and where he spent part of his youth in a children’s home, and there is reconciled after many years with his sister Anna (Helen Behan). Moving in with her family, he meets her sister-in-law, Dinah (Niamh Algar), whose personal trauma shares some parallels and certainly the same amount of heartbreak with his own. We know that Joe has some dark memories from the children’s home, although isn’t clear until the final episode what exactly the trauma Joe has experienced is. Yet it is this unknown status that these mysterious secrets acquire that come to contribute to the tension that surrounds Joe as he embarks on the painful journey into his past.

The Virtues masterfully showcases Meadows’ most characteristic trait: his naturalistic filming style. Known for casting non-professional actors as protagonists and encouraging improvisation so as to achieve that sense of ‘real’ conversation, it often seems that his work is more closely connected to documentary than fiction: how much true direction is there? Are they even acting? The best portrayal of this has to be Joe’s drunken scene in Episode One, which is arguably the best enactment of an ‘absolute bender’ that I have ever seen. It begins with a classic trope of which I am sure we are all too aware: man walks into a bar; man proceeds to get atrociously rat-arsed. Joe’s enthused rowdiness is infectious upon fellow punters, doing what we have all done once or twice on those fated bop nights: flirting, chatting shit, and buying literally anyone and everyone he can drinks. The aggressively familiar trajectory from the ‘who wants a shot?’ to the ‘I just want a kebab’ stage is a mark of genius. The disordered revelry of the whole segment is almost tangible – from the hugging people we’ve never met in our lives to the grizzly wake-up, finding ourselves smeared in dry sick and blood. What is truly striking and moving about this scene aside from the personal association, is the tragedy that this carnage is concealing. This is all happening because Joe is a painfully sad man.

Another element which worked powerfully throughout the series was the use of home video footage, which is used to portray scenes from Joe’s childhood, living in the children’s home. Aside from being a visually striking feature which distinguishes the past, seeing this kind of footage onscreen struck a prominent and unique, novel chord. Aside from our own personal home videos, the only other time we see this sort of filming is on the news, perhaps to show footage of a murder victim. This interpretation would be well-suited to the documentary style of filmmaking with which Meadows works. This inherent perception taints the videos that we see of the youthful Joe with an ominous and quite frightening air – they connote a sense of danger, that something troubling is going to happen to this young boy whose face we keep seeing close-up on those grainy videos which never quite provide proper clarity.

Like the rest of his work, Meadows conjures remarkable performances from his cast. Graham, who recently had a turn as the of course fated ‘bent copper’ in BBC’s Line of Duty, never fails to convey that extraordinarily nuanced fine line between intimidating and vulnerable. In Joe’s hard poise there could always be some aggression brewing, although as we see in his farewell with his son or his reconciliation with his sister, there’s a gentle underbelly that rests beneath – an inherent loveliness and charm that appears as his twinkly eyes crinkle as he laughs. Behan puts in an equally emotional and moving turn as Anna, who conveys both the firmness of the modern mum and an honest concern and anguish upon the return of her long-lost brother. Algar is dynamic and powerful as Dinah, whose significance as a character is not fully revealed until the final two episodes, although when it is – is difficult to shake off.

A major theme that I was struck by in The Virtues, one which appears frequently in Meadows’ work, is that of family. Although primarily a very naturalistic and quasi-documentary style director, I noted many powerful visual symbols that highlighted both the presence and absence of family in Joe’s world. Scenes of Anna’s family in the sitting room watching T.V or eating at the dinner table (which recalled the monumental Sunday roast reveal scene from This is England ’90) strongly contrast images of Joe constantly alone: taking long, solitary, silent walks, charging round after his all-night bender, alone in his private room on the way to Ireland. The family-based pictures are generally inside, within the home, showing that family assigns place. The warm, fuzzy lighting and proximity of people symbolizes the coziness and protection that a family provides – starkly opposing the vulnerable Joe – getting in the wars, with only him to defend himself. He’s constantly outside, on the go, never having really in a fixed place of his own since he was deprived of one following the separation from his sister as a child. He is completely lost in the world – and this sense of the ‘lost child’ is found frequently throughout The Virtues – children running away or being taken away without consent, children deprived of their parents, children deprived of their innocence.

Overall, The Virtues makes for a unique watching experience because of its weaving in between time zones and intricate exploration of the themes of grief, loss and redemption. Its striking tonal and thematic contrast between danger and tenderness is heartbreaking, as this is what exposes the brokenness of its protagonists. I have been pondering whether The Virtues ends up as a positive portrayal of man finding the courage to come to terms with his troubled past, or if it is completely an attack of the system that betrays and takes advantage of vulnerable people.

I think it is therefore valuable to relate it to Meadows’ own experiences – a horrific one about which he talks about in this interview: https://www.theguardian.com/film/2019/may/05/shane-meadows-interview-the-virtues-stephen-graham-trauma. It is significant when he says: ‘I’m not scared or ashamed anymore. …This is just a part of my life and I’ve got through it.’ And this stance is conveyed in The Virtues – in both its gritty, distressing energy and its honest, human nature, it manages to uphold an honourable dignity throughout. 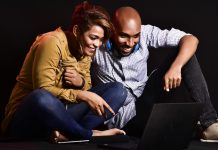 A Recipe for the ‘Great British Sitcom’ 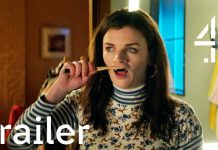 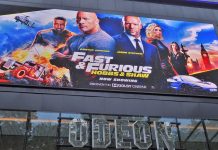 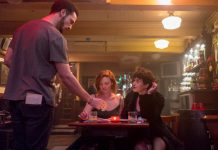 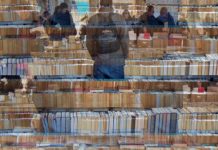 Books to buy in the first few months of 2019