Mashrou Leila may not be the most popular band in Oxford, or the UK, but they are one of the most successful bands to come out of Lebanon in recent years and are taking on the rest of the world, and they are doing it with pride.

Music has historically been an important tool for the LGBTQ community to express their identity and to show pride. Music has given a voice to those who have been voiceless. This is particularly in Lebanon as it is still very difficult to be openly LGBTQ. Homosexuality is not officially illegal but certain laws continue to put the community at risk and attempt to minimise queer spaces and opportunities for pride.

Mashrou Leila, a group that has openly supported LGBTQ rights for the last ten years, had been booked to play at the Byblos International Festival on 8thAugust 2019, but were banned from performing after being accused of blasphemy by local Lebanese Christian groups.

The recent backlash around the group and their controversial stance and lyrics was purportedly in response to a post on social media made by the group’s openly gay lead singer, Hamed Sinno. The social media post included a picture of the Virgin Mary with the singer Madonna’s face superimposed on top. The picture was not made by Sinno and also not posted to any of the band’s official social media accounts, however the singer’s choice to share the image was considered by many to be proof enough of the groups supposed lack of morality.

Following the banning of their performance, several members of the band were for the first time interviewed and questioned by the Lebanese government on the group’s ethics, considering two of their songs in particular. One of these songs was Djin (meaning spirit in English) which was written in 2015 and has been performed in Lebanon a number of times since.

This recent ban is not an isolated incident. The band have faced a number of difficulties in having their music heard within the Middle East after being banned from performing in Egypt and Jordan, the homes of two of their major fan bases. The group’s ban from performing in Egypt came after their last performance in the country, when lgbtq flags were flown amongst the crowd, and a number of fans who were in attendance were arrested on the basis of being suspected of being gay.

On Friday, the day on which the band would have been performing in Byblos, over a thousand people gathered in the Hamra area of Beirut for a concert to demonstrate solidarity with Mashrou Leila and their message of openness and acceptance. Both the LGBTQ and the Palestinian flags were flown in a show of support for the fight for equality and freedom. The show was free, lasted for seven hours, and had a line-up of over 35 acts, including musicians, comedians, and influential figures. The show amounted to a significant moment for Pride for the Lebanese community.

Mashrou Leila was unable to attend the concert but surprised their fans with their latest music video. The group has since shared the music video across social media platforms with the attached tag line ‘to those who haven’t given up, love is resistance.’

The reaction to the band’s plight on social media has been mixed. There has been a vast showing of support for the group from within and outside of Lebanon. But, many in Lebanon agree with the decision to ban the group performing, strongly disagreeing with Mashrou Leila’s rhetoric and message.

More than anything, what recent events, and the concert on Friday in particular, prove is the power of music to unite people, against oppression and in pride. Lebanon is not an easy place to be LGBTQ, and for many people Mashrou Leila has become a vessel of pride and self-expression. Mashrou Leila’s music has evolved to take on a meaning of LGBTQ pride, as well as pride in what it means to be Lebanese. 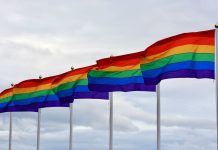 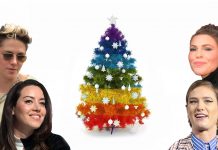 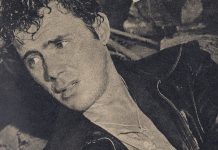 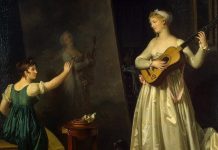 Damsels in distress? – The rise of the lesbian period drama