CherwellIndependent since 1920.
Sport Foxes do the double in college Futsal 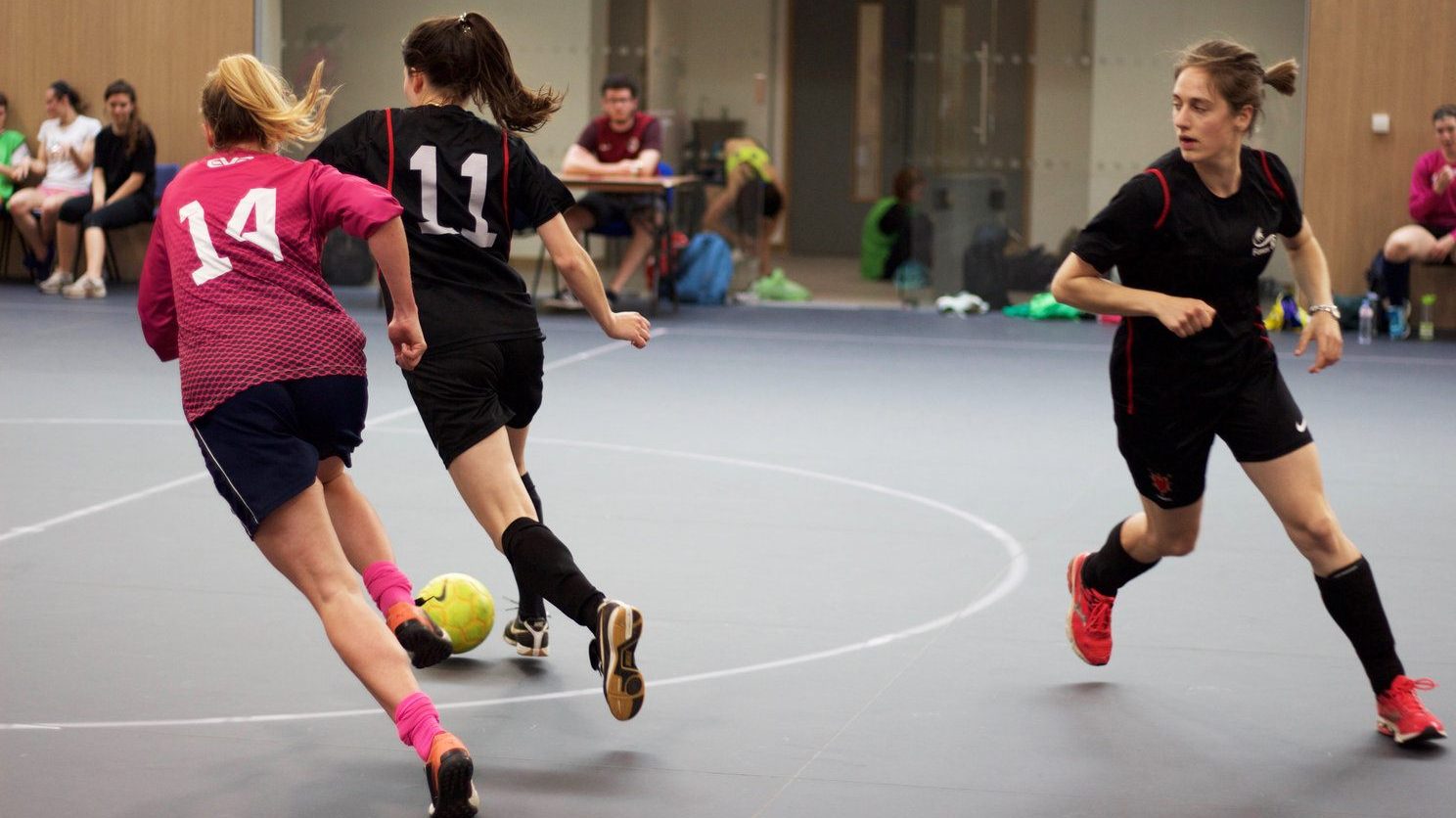 A week of Futsal for 20 college teams and over 100 players reached its dramatic climax on Friday when the knockout stages of Women’s Futsal Cuppers 2019 were contested at Acer Nethercott Hall at Iffley.

The first quarter-final saw Saints 2nds (St Anne’s and St John’s) – who had only just scraped into the knockout stages after a last-minute equaliser against Worcester – face Lincoln 1sts. The first half of the game epotimised the differences between football and futsal, as it involved a lot of quick, pacey play, with the ball being knocked around very frequently. This style of play seemed to suit Lincoln and they were quick to take advantage of this, going 1-0 after a few minutes. However, Saints were quick to strike back, and a shot from kick-off from Becca North swept into the top right-hand corner of the Lincoln goal to make it 1-1.

After an uneventful second half in terms of chances, the game went to penalties. Shots from both sides either missed or were saved, which is often the case in a futsal penalty shootout, as the smaller nets mean strikers find it more difficult to hit the target, while goalkeepers has a much higher chance of success than in football. In the end, the Saints had another lucky passage through to the next round, winning 2-1 on penalties.

The M&Ms (Merton and Mansfield) managed to pull off a 1-0 victory in their quarter-final against Wadham thanks to a goal from Brigid Lahiff, the captain of the new Blues Futsal team who are set to be competing in BUCS next season. This meant they secured their place in the semi-finals where they faced Saints 2nds, who were already flagging from their tough quarter final game.

The first half of this semi-final fixture was a well-balanced and intense game, with chances being created by both sides. Saints employed the tactic of sending long balls over the top, but unfortunately for them, their striker had difficulty getting on the end of them. However, the Saints keeper balanced the game out, making a series of excellent saves to deny the M&Ms any luck. Despite this, things seemed to pick up for the M&Ms in the second half as they were able to increase the tempo and dominate possession. Their efforts were rewarded when, after receiving the ball from a corner, captain Lore Vleugels smashed the ball into the back of the net, sealing a 1-0 victory for the M&Ms, and guaranteeing her side a prestigious place in the final.

Saints 1sts also managed to nab a spot in the other semi-final match, after goals from Taiye Lawal and Jasmine Savage gave them a 2-0 victory over Magdalen in the quarters. They were up against tough opposition – none other than the mighty Foxes. The conglomerate of post-grad colleges had breezed through the group stages unbeaten and were fresh from a 3-0 win over St Catz in their quarter-final.

Surprisingly though, there were scenes in the first half. After a Foxes player went down, Saints took the initiative and managed to slot one past the keeper – only the second goal the Foxes had conceded in the whole competition. The rest of the half was shaky and hectic, as the Foxes were desperate not to let Saints extend their lead.

However, after a motivating half-time pep talk, the Foxes were ready to get back into the game. Different tactics were employed and the Foxes were now better at keeping track of the Saints striker Taiye Lawal, which meant the chances of success for their opposition were drastically reduced. A quick double from the Foxes put them back in the lead, yet there was still a lot to play for and Saints continued to defend very well and with a lot of heart. However, it was not to be for the Saints, and in the end the Foxes knocked them out of the park, finishing the game with a 4-1 victory. The final was shaping up to be an immense battle indeed.

At precisely 2:15, with the air in the hall becoming increasingly stuffy, said battle did commence. The Foxes had an extremely strong side including Lena Reim – the German tower who is renowned for pressuring and getting the ball off her opponents – Jenny Richards – the athletics Blue in shotput – and Kiah Rutz – the veteran football Blue – among others. On the other hand, due to lack of numbers, the M&Ms had to scrape around to get a team together, yet perhaps this was for the best, as Catz-turned-M&Ms keeper Robyn Harvey-Smith turned out to be instrumental in keeping the M&Ms in the game.

On the whole, the final was a very balanced game, with excellent passing and combinations on both sides. Both teams got some chances on goal, with Harvey-Smith making some monumental saves to deny the Foxes, and one shot from the M&Ms heading into the net through the legs of the Foxes keeper before in the last millisecond, she was able to stop the ball rolling over the line. However enjoyable the game was for both participants and spectators, it eventually ended at a meager 0-0 draw, meaning the champion of Futsal Cuppers would be determined by a penalty shootout.

In some controversial scenes, the Foxes did not allow Harvey-Smith to take up her place in goal for the M&Ms due to her being from another college, and this left captain Vleugels to take the helm and try and prevent any Foxes glory. In the end, it was the Foxes who clinched victory, winning 4-3 on penalties, making them the first team to do the double in Futsal, having also won the inter-collegiate Futsal league this year.