The #DrawALine Campaign aims to raise awareness of gender-based violence. 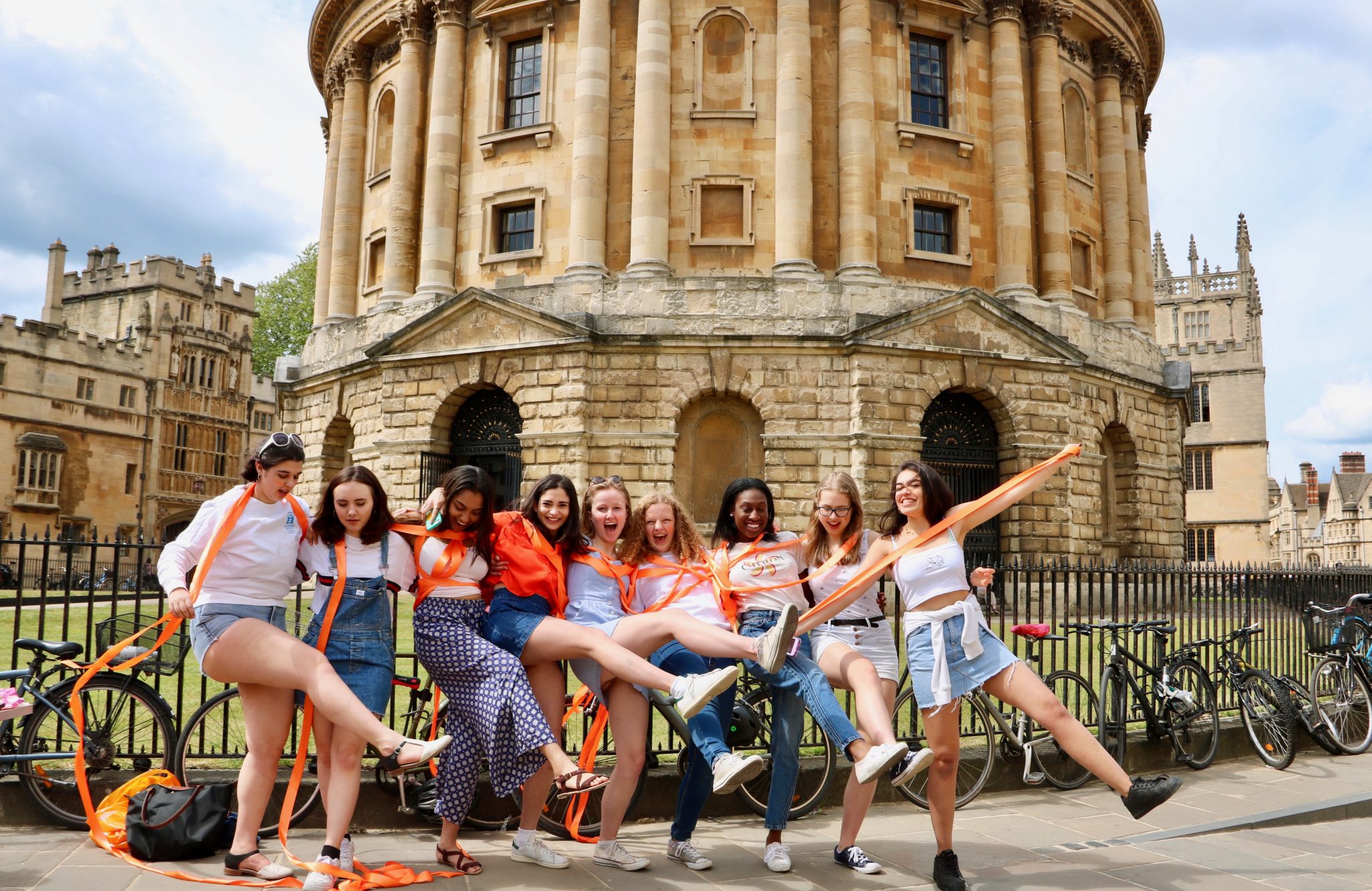 On Saturday, Oxford UN Women held an event at the Radcliffe Camera to protest gender-based violence as part of the global #DrawALine campaign.

Participants in the event held a length of orange ribbon around the Rad Cam, signalling that they were ‘drawing a line’ under gender based violence.

The #DrawALine campaign, run by UN Women, raises awareness of and seeks to target gender-based violence, which disproportionately affects women and girls. Students from across the university attended the event.

One in four women in the UK are affected by violence. Many of these cases occur from a partner. According to UN Women, 23% of female undergraduate university students have reported having experienced sexual assault or sexual misconduct.

UN Women run several programmes associated with the campaign, as well as working alongside governments to implement legal changes to protect women. The event also included a bake sale to raise funds to support UN Women programmes which work to end cycles of violence

They also run outreach programmes for women and girls, and help to provide healthcare and psychological services for survivors of violence. This includes emergency contraception and information for women living with HIV, and training police, teachers and community leaders to prevent violence.

UN women held a sixteen day #DrawALine campaign in November and December last year. They lit up iconic buildings in orange to symbolise a brighter future without violence.

Some of those involved in the campaign also took photos holding placards with their explanation of why they were drawing a line. These included “everyone should have the right to feel safe”, “we deserve to exist fearlessly!”, “one woman is too many” and “there shouldn’t just be lucky ones”.

One student’s sign said: “A leading institution like this has the responsibility to make everyone feel comfortable.”

“Women were literally connected in solidarity against this issue – which persists in both our society and globally – by an orange ribbon around the Rad Cam, one of Oxford’s most iconic landmarks.

“We gained much attention from fellow students, tourists and local who stopped to ask about the demonstration and discuss gendered violence. It was an important step to help create a safer society.”

In some parts of the world up to 70% of women are victims of violence, while around the world one in three girls’ first sexual experience is rape. Women aged 15-44 are more at risk from rape and domestic violence than from cancer, car accidents, war and malaria.

The chair of UN Women NC UK, Laura Haynes, said: “It is time to #DrawALine. For all the women who have said #MeToo, for all men who believe they should help and for all of humanity – it is time. This is your chance to turn words into action.”