Figure made from rubbish appears on RadCam in suspected climate protest

An accompanying sign read "WHAT HEIGHT WOULD YOU GO 2 4 THE WORLD// OX RISE UP". 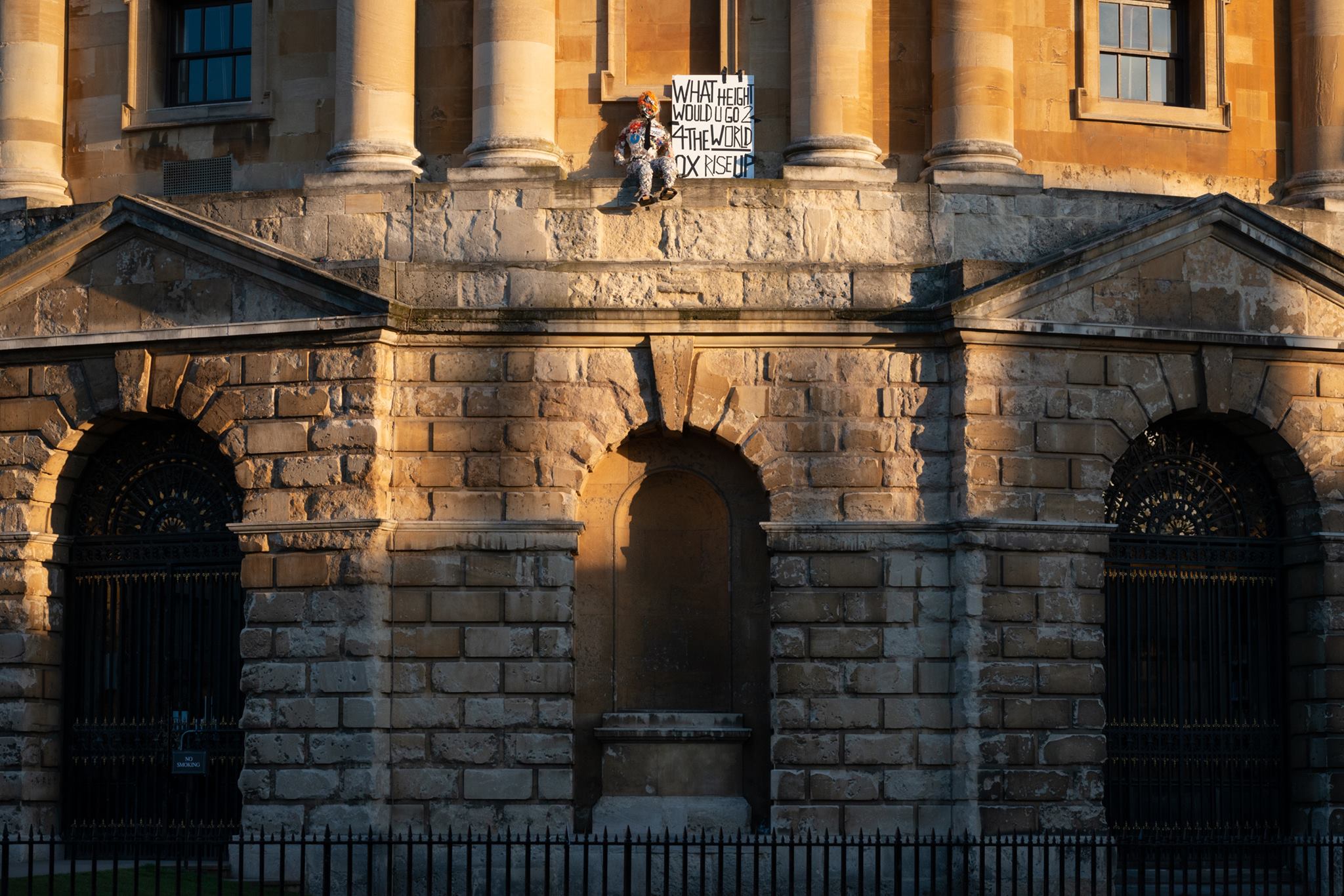 A human figure made from rubbish has been placed on the side of the Radcliffe Camera. The figure is accompanied by a sign reading “WHAT HEIGHT WOULD YOU GO 2 4 THE WORLD// OX RISE UP”.

No group has publicly claimed responsibility for what is presumed to be a climate protest.

The event follows a series of international climate protests, led principally by the Extinction Rebellion movement. Key areas of Central London were blocked by activists, including Piccadilly Circus and Waterloo Bridge. Mass arrests were made early on the morning of the 16th, with over 120 Extinction Rebellion members being removed from their protest sites.

The Oxford branch of Extinction Rebellion also joined the movement in London, blocking Edgware Road with a contingent from Southampton.

This protest comes just over a week after the Oxford Climate Justice Society was prevented from carrying out a banner drop at the boat race by police.

The Bodleian library has been contacted by Cherwell.