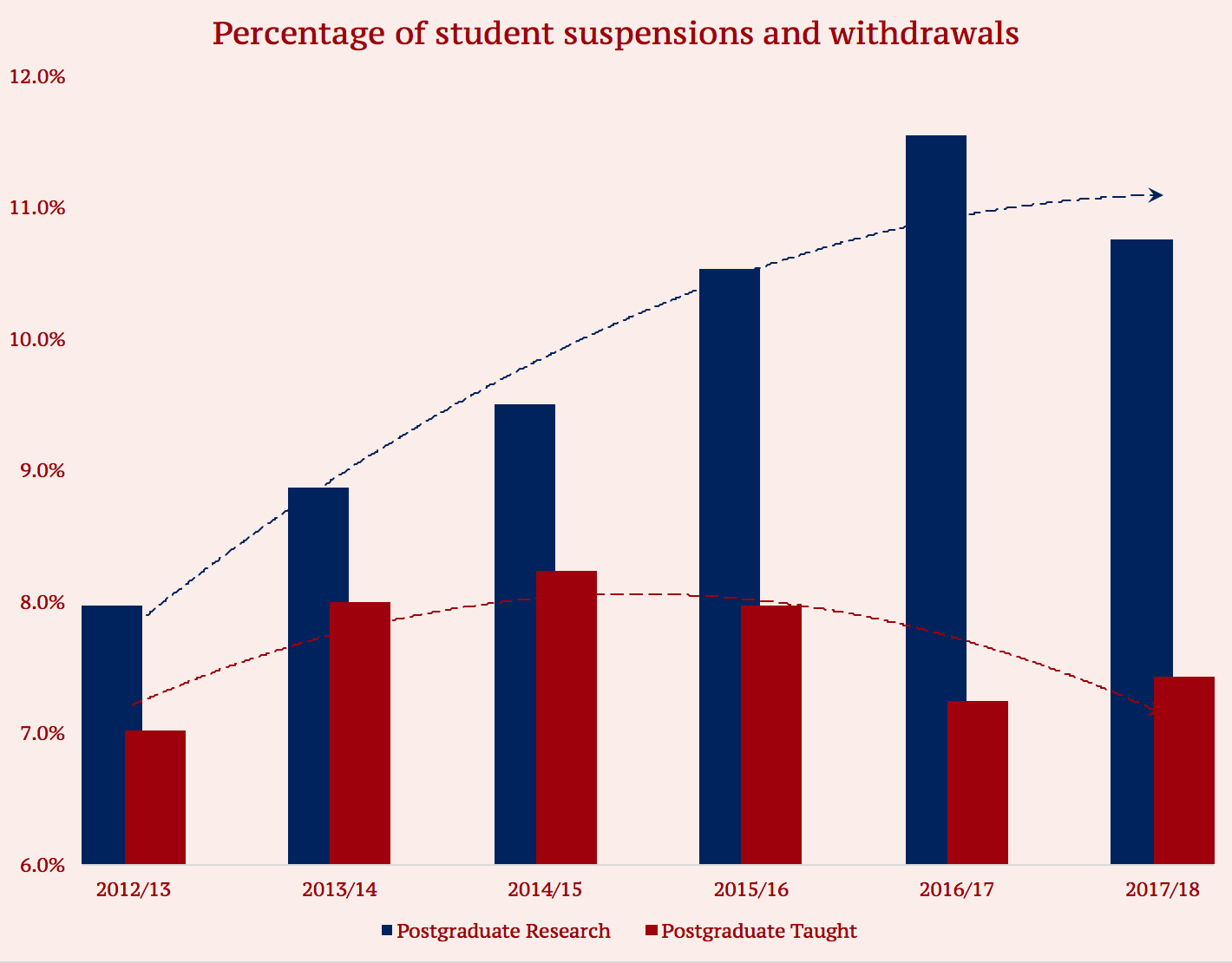 New data shows that 8.7% of female postgraduates suspended their studies in 2016/17, one-third higher than the rate for men (6.5%). The gender discrepancy was mirrored in withdrawal rates, which were 1.37% for men compared to 1.64% for women.

The data, obtained from the University by Cherwell, reveals a consistent gender disparity in suspension and withdrawal rates over the previous 8 years.

Suspensions are when a single student pauses their study during a given year, with one student potentially accruing multiple suspension ‘counts’, in the rare event that they do so more than once.

A spokesperson for the University told Cherwell: “These numbers are relatively low so we should be careful about drawing conclusions from them without understanding the context. We offer high levels of academic and pastoral support to our graduate students through their departments, colleges and central University services.

“There are many reasons why a student’s status might be suspended, including health, maternity or paternity, personal circumstances, academic difficulties and disciplinary matters. Suspension is often a voluntary decision by a student, and in most cases students return from periods of suspension to successfully complete their course.”

A History Masters student at St Catherine’s, Hannah Grange-Sales, told Cherwell: “Women are conditioned to believe they are less intelligent than men, therefore there is both a real and imagined need to work harder to be considered men’s intellectual equals.

“Girls and women are also taught from an early age to internalise ‘unbecoming’ emotions, such as anger, frustration and hopelessness.

“Considering the historic argument against women’s right to education that they do not hold the mental rigour to undertake study, there is a double pressure to overcome this stigma and maintain a facade of capability when, for a variety of personal reasons not linked to their intellect, this may not be the case.

“The increased pressure for women to prove themselves intellectually coupled with the internalisation of emotion can surely be considered a factor in the higher rate of mental health issues amongst female students.”

There was also a marked contrast between those on research and taught postgraduate degrees, with the former having consistently higher levels of suspension and withdrawal. In 2016/17 just under 10% of research graduates suspended their studies compared to 6% of taught graduates. This figure decreased slightly to 9% last year.

Cherwell understands that the disparity in the figures could be due to the length of postgraduate research degree, which are typically three years. Taught degrees can be as short as 9 months, meaning that there is less opportunity for students to suspend or withdraw from their studies. Just under 52% of enrolments in 2017/18 were in taught degrees.

Oxford SU VP for Graduates, Alison D’Ambrosia told Cherwell: “It is a ticking time bomb the issue of graduate student welfare. With a huge increase in graduate numbers over the past several years, we have seen minimal investment in their welfare provision and support.

“From a counselling service that is only open during term time to students been pushed from college to department to seek help, more needs to be done to properly support the graduate student body. It seems that the first call of action is for students to suspend rather than tackle the causes of suspension and offer proper support for students.”

The report added that the lower take up of provision could be due to cultural differences. In 2016/17, 64% of graduates were non-UK students.