According to the Union, negotiations were only "impeded by the impossibility of an agreement on rent." 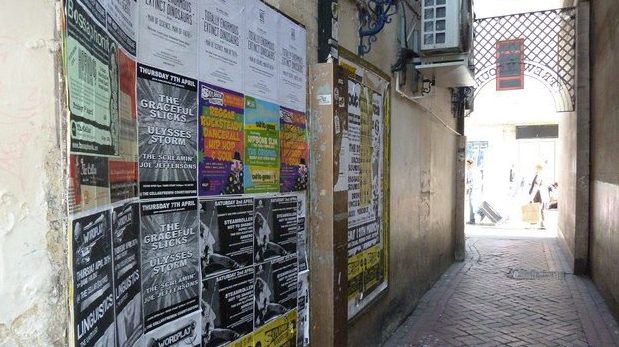 The Oxford Union have refuted Purple Turtle’s accusations that it was “always their intention” not to renew the club’s 20-year lease of the Union’s Frewin Court premises, dismissing them as “baseless.”

According to the Union, negotiations were only “impeded by the impossibility of an agreement on rent.”

Purple Turtle’s lease expired in September 2018. They will be replaced by Plush, who have signed a 20-year lease with the Union and will move into the premises in the new year.

He told Cherwell: “We had been attempting to discuss a new lease with the Union for the past two or three years. The discussions finally started around the end of the summer only months away from the expiry date of the old lease.”

Freifeld added that the club had planned to spend up to £250,000 refurbishing the venue but were unable to commence plans without a renewed lease from the Union.

The spokesperson for the Union, Stephen Horvath, told Cherwell: “The Union proactively commenced negotiations for the renewal of the lease from December 2017, and obtained and acted in accordance with advice from professional land agents and our solicitors.

“Between December 2017 and October 2018, numerous meetings took place between both parties – often at the suggestion of the Union. Our professional advisors set fair and reasonable terms for the lease of a commercial premises in central Oxford.

“The Purple Turtle were not prepared to enter into a new lease on these terms, which were very reasonable in context of the growing and competitive property market in central Oxford.”

Freifeld told Cherwell that he only knew for certain that Plush would be the new tenants after the Union made their official announcement, despite matters such as licensing and security needing to be transferred between clubs before Purple Turtle moved out.

He said: “I only wish they would have had the decency to give us longer notice for us to find a new venue instead of two weeks.”

According to the Union, a ‘tenancy at will’ agreement was issued to Purple Turtle in September which allowed them to continue operating beyond the lease expiration date.

Hovrath said: “At this junction, it would seem the responsibility of the tenant to inform their employees and suppliers of the insecurity of their position.”

Freifeld has stressed to Cherwell that Purple Turtle will continue and that they are looking at new venues to house the club.

Over 100 people were seen queuing outside to gain access to the club by about 10:45pm on the club’s final night.