Under the BT Sport cameras, Oxford City’s magical cup run came to an end on Tuesday night, with a 0-2 defeat at the hands of Tranmere Rovers. 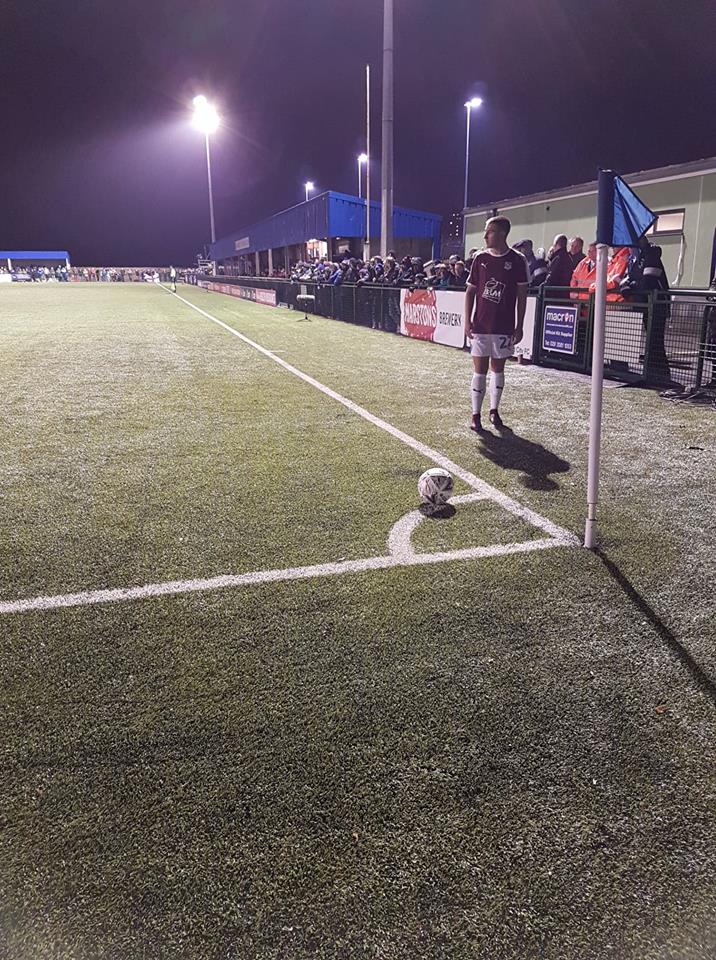 Under the BT Sport cameras, Oxford City’s magical cup run came to an end on Tuesday night, with a 0-2 defeat at the hands of Tranmere Rovers. First half goals from James Norwood and Paul Mullin were enough to send the League 2 side into the next round, where they will entertain Southport, of the National League North, at home at Prenton Park.

The first round FA Cup replay between Oxford City and Tranmere Rovers was played after their first meeting ended 3-3 in a thrilling tie. City had done exceptionally well to even reach this stage, having beaten Cray Valley, Dartford and Hemel Hempstead to book their place in the first round proper. And for a time the second round was beckoning, with Oxford City ahead going into the 90th minute of their game away at Tranmere, thanks to the hat-trick of striker Kabongo Tshimanga. However, in-form striker James Norwood equalised in the dying minutes for Tranmere, bringing about Tuesday night’s replay.

Oxford came out in droves to watch local stars pit their wits against league opposition. It was a sell-out at Court Place Farm, with the yellow of Oxford United also prominent in the crowd. However, despite the support, the game started terribly for City, with League Two top scorer James Norwood scoring for Tranmere after going through one on one with the goalkeeper, only six minutes in. From this point the discrepancy that was invisible in the first encounter between the two teams became evident, as Tranmere defended resolutely, restricting the Oxford threat.

It got worse for Oxford on 30 minutes, when defender Frankie Musonda got caught in possession on the edge of his box by Tranmere number 9 Paul Mullin, who then ably jinked inside and curled past Craig King in the Oxford goal to score Tranmere’s second. Mullin came close again minutes later with an effort from the edge of Oxford’s box, but this time King was there, showing great athleticism to tip the shot wide of the post. The first half ended 2-0 with City defeated and in need of some inspiration from manager Mark Jones.

The second half was far more even with Oxford rejuvenated and desperate to gain a foothold in the game. Their set pieces posed a real threat to Tranmere who struggled to clear their lines, but the ball never fell to a blue and white shirt to apply the finishing touch.

With time running out, manager Jones boldly made a triple substitution and in the nal minutes sent keeper Craig King up for a succession of corners, one of which almost ended in embarrassment as the Tranmere counter-attack failed to capitalise on the open goal that he had left behind.

The full-time whistle blew to the delight of the Tranmere fans who had travelled in good number. But there was nothing but praise for Oxford City, who had exceeded expectations in coming so far, and whose performance showed a grit and determination that will stand them in good stead for the remainder of the league campaign.