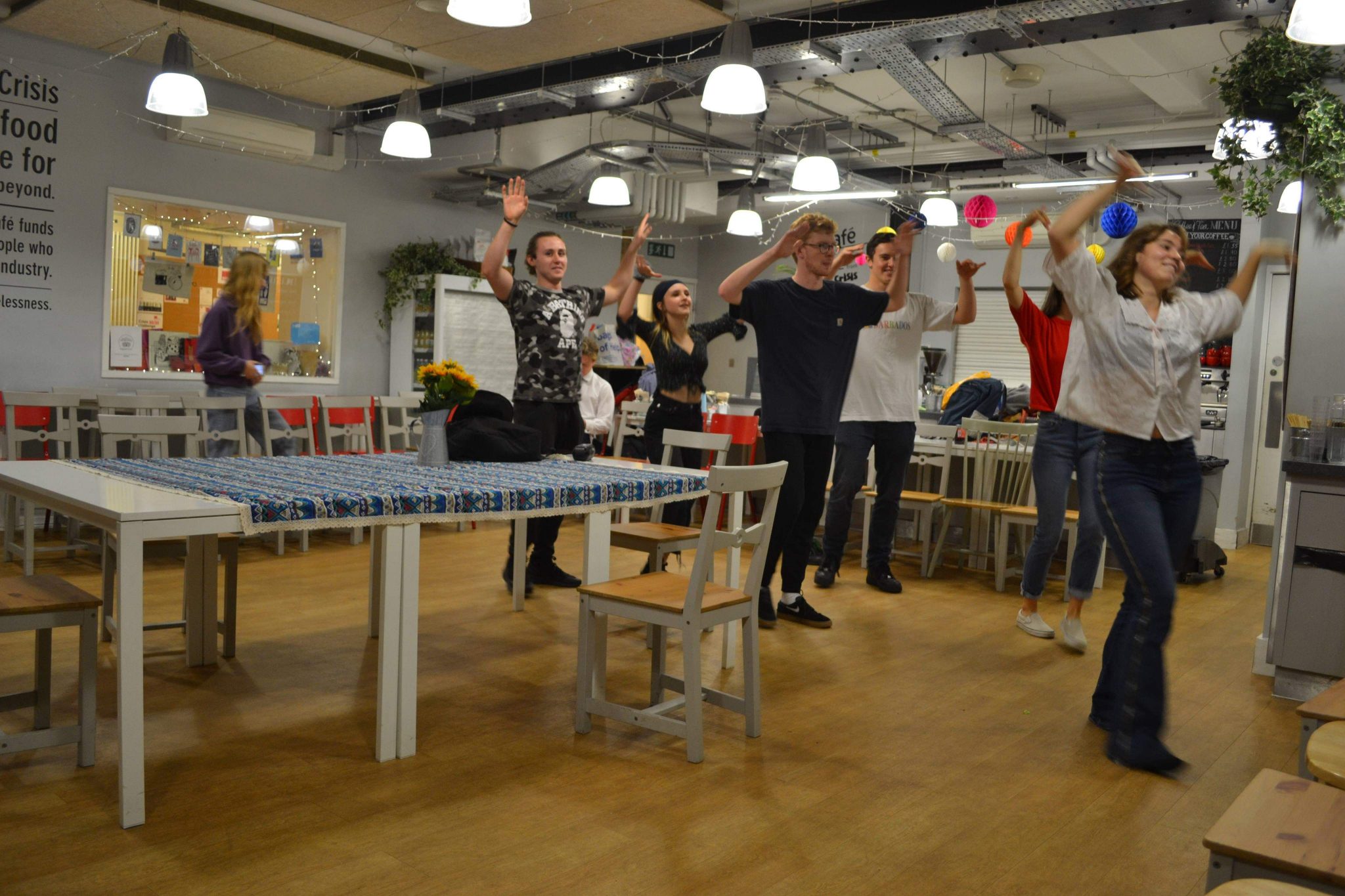 There’s something about the claustrophobia of Alan Ayckbourn’s plays; the light-as-a-feather humour, the acutely observed relationships, that makes them particularly suited to the Oxford stage. Breathing new life into such well-trodden and familiar material is no small feat, and it is one such feat that Antonia Hansen and Flared Productions have managed to pull off skilfully and intelligently.

From Monday to Wednesday of 7th Week they will be bringing Table Manners, the play that forms one third of the trilogy known as The Norman Conquests, to the Crisis Cafe on George Street. The plot is intricate and complex; but it’s enough to know that it concerns an extended family and their weekend in the countryside, as secrets and lies come to light under one small roof. It’s an intriguing piece, set in the 1970s amongst the cutlery and polite conversation of a dining room table, where private fears and public tensions are blended together to form a theatrical cocktail of humour and subtle nuance. As director Hansen tells me, theatrical space has been a preoccupation of hers in this production: if Table Manners is staged end-on, then we lose so much of the human interaction that makes this drama so compelling. Thus, Flared Productions have chosen the Crisis Cafe on George Street to create this tension-filled dining room. I think it’s a winning choice – the audience surround the actors and the central dining table, sit in the same chairs as the characters, and even smell the toast being made during the production. The sheer proximity of onlookers to the action is immersive, and helps to create a sense of the uncomfortable tensions which are so important in the play.

There were intelligent performances from the entire ensemble cast: Lara Deering brought a dynamic, bustling mania as Sarah, the wife of the put-upon Reg (Frankie Taylor). A nice contrast was provided with the watchful, angular performance of Antonia Mappin-Kasirer as Ruth, her sister-in-law. All of these characters felt rich and detailed, and the whole company expressed to me their desire that the people we observe round this dining table are more than just tropes. There is a subtlety and subversion to the norms of Ayckbourn which was pleasing and very refreshing. Martha Harlan’s Annie has been brought to the fore of this production, and although the men are not simply reduced to comic foils (although Jed Kelly provided some well-calculated physical comedy), Hansen is clearly attempting here to imbue these women with a power that counters the tone of previous productions. And I think she succeeds – Flared Productions’ piece begs the question of the women of Ayckbourn have not been particularly well serviced by directors of the past. The shift in emphasis of narrative power from Cameron Forbes’ Norman to Annie is a clever decision and it really works for this production.

Hansen and her cast have taken Table Manners and reworked it in a highly engaging manner here. Don’t miss it.