CherwellIndependent since 1920.
Comment Provincialism and Middle England: An Interview with Jonathan Coe 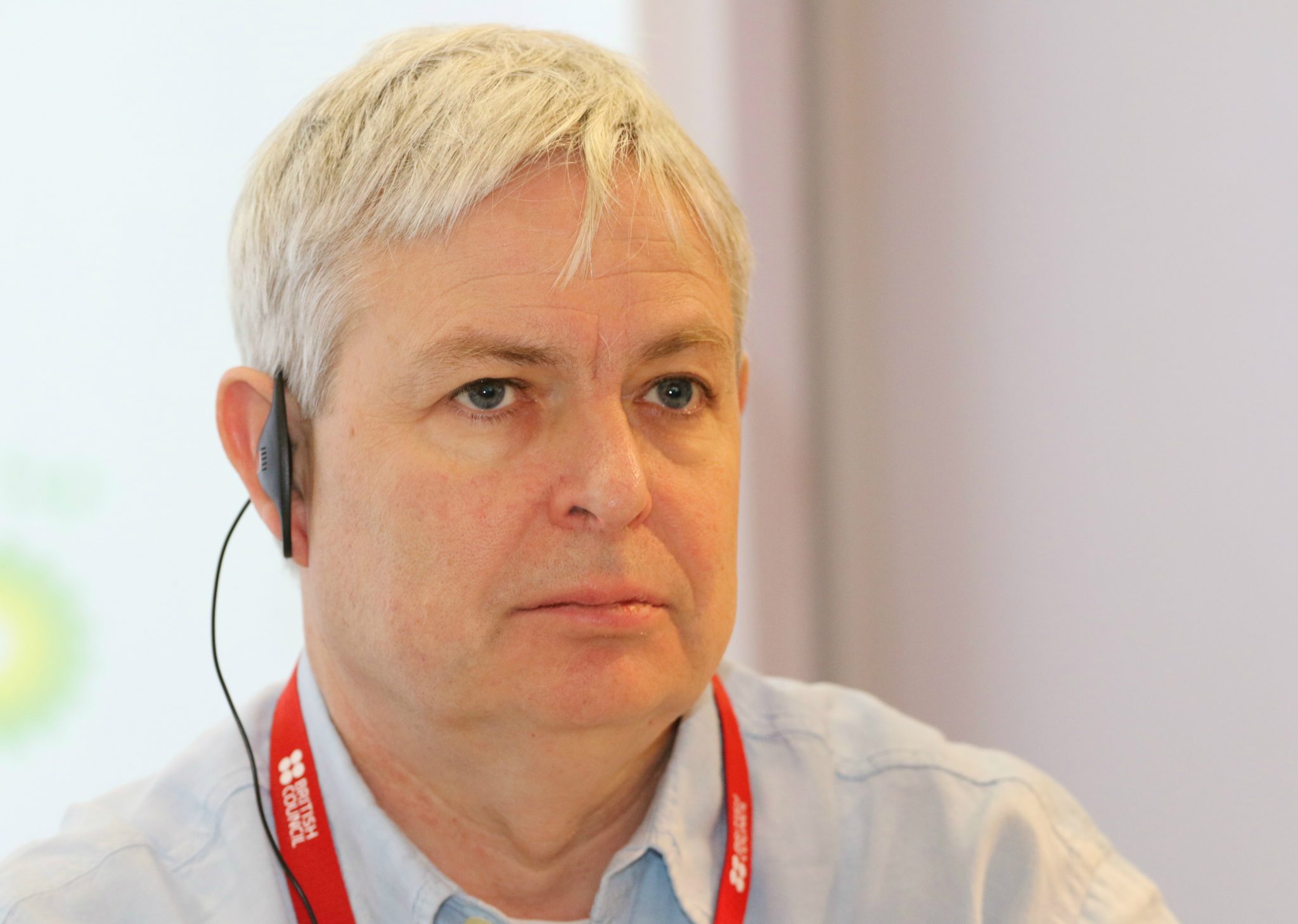 Waking up on the morning of 24th June 2016, Jonathan Coe, with 30 years of satirising politics behind him, must have known that, eventually, it would all have to go into a novel. Coe’s novels, What A Carve Up!, tackling Thatcherism, the City, and factory farming – and The Rotters’ Club, a bildungsroman-come-meditation on Irish Nationalism and unions in 70s Birmingham – had established Coe’s reputation as Britain’s foremost political satirist. Middle England – Coe’s most recent novel, released on the 8th of November – is inevitably about Brexit.

Middle England is a diorama of public and private narratives, where Coe extends the characters from The Rotters’ Club and 2005’s The Closed Circle to an unplanned third. An academic art-historian – exiled from cosmopolitan London for a teaching fellowship in her home-town Birmingham – marries a driving instructor after speeding to catch the train back to the capital; a political journalist gets the inside line on Cameron and May in Downing Street; Benjamin Trotter, the hero of The Rotters’ Club, has bought a house in Shropshire, where he writes the novel that will make his name. In the background, recent history rolls on: Clegg and Cameron, the Olympics, the 2015 election and Brexit.

I met Jonathan Coe in Chelsea on a Wednesday afternoon, where we drunk coffee; preparing for the release of the new book with profiles in The Times and Guardian features, he’s pleased with it. “I think it’s one of my best books,” he said. Coe’s most recent release was Number 11, a hilarious and acerbic take on the social and cultural contradictions of British society in 2015. I read it in one sitting; if Coe’s anything, he’s supremely readable. But Number 11 was also perceptive and – ultimately – disturbingly moving. Coe’s novels have the rare ability to mix real humour with insight. “There’s this cliche that all comedy writers are morose people and it’s pretty much true in my experience.” he said. “Myself included. It’s because writing funny stuff is difficult.”

What drives Coe’s humour is the ebb and flow of daily life, and all the mundanities of being a person, in a family and in the world; “I don’t have a theory – it’s not a polemic thing that books should be funny – but I find that I try to convey the texture of real life as accurately as I can, and laughter seems an important part of that to me.” Coe’s books are also intricately constructed, with a Dickensian eye for narrative architecture; “The whole fun of it for me  – the buzz I get from it – is from the connection process. This is why I don’t write short stories. The idea of taking discrete scenes and treating them separately as someone would do if they were writing a book of short stories doesn’t appeal to me.”

Middle England’s plot is a web closely woven around the idea of English provincialism; it concerns the clash between the Metropolitan south and the post-industrial provinces north of Birmingham, where automobile factories are replaced by department stores and garden centres selling sheds colonise roadsides. I asked Coe about the plot’s provincial dynamic:  “The woman [the novel’s main character] very much feels that London is her home but is living in Birmingham with her husband and commuting down a few days a week.” he told me.”That tug between the first and second city is felt very strongly in the book,” he continued “and gives it a lot of it’s tension. It’s a huge subject, and the Referendum has shown that. The Referendum was a provincial vote.”

We spoke briefly about Brexit. Coe – who speaks slowly, with a sense of cautious consideration – is as confused by it all as the rest of us: “I think what frustrates me most and what makes me most crazy of all is this fact is that come March 9th, next year, there will be no majority for Leave in this country. Demographically, enough elderly voters – who overwhelmingly voted Leave, will have passed and enough young people, who would have overwhelmingly voted Remain will have come of age.”

Jonathan Coe does not support Brexit – so much is clear. But much of what’s best about Middle England is it’s refusal to take an easy or obvious side. In one section, Coe depicts an elderly Brexit voter and former factory worker in British Leyland’s Longbridge plant, realising – in his old age – that the factory where he spent his working days is gone. It’s an unexpectedly moving scene – it brought me closer to tears than anything else I’ve recently read: characterisations of elderly Brexiteers as anachronistically patriotic and regressively reactionary frequently miss the emotional difficulties of living in a country different from the one which brought you up.

And then the main character, Sophie, an Art History lecturer, is disciplined for a seemingly harmless comment to a trans student, and almost loses her job; the situation is unfair and it’s hard not to feel deeply angry for her and on her behalf – until a scene where other characters discuss trans-suicides statistics. After reading Middle England I was reminded that nothing is simply right or wrong; I left it wary of the over-generalisations which foment, too slowly to notice, into careless prejudices.

Coe was himself born in Birmingham, where he attended the prestigious King Edward’s School – remodelled as King William’s for The Rotters’ Club. Then he went to university. “Suddenly I was at Cambridge.” he told me. “What it seems to me now is that I was so young then that I didn’t understand anything that was happening at Cambridge until years after. It was a procession of intense experiences which are only beginning to make sense to me now, years afterwards. I was meeting Harrovians, Etonians, and kids from Westminster and St Paul’s. The intellectual and social snobbery was quite striking.”

“Also,” he continued, “we were provincial and a lot of these public schoolboys and girls – London was already their playground, and I’d only been to London a handful of times. It’s a big and scary place.”

After Coe left Cambridge – where he attended an impressive total of four lectures, as he told me – he begun a PhD on the novelist Henry Fielding, in Warwick. “I had it very easy in retrospect.” Jonathan said. “I wrote two novels while I was in Cambridge, and managed to emerge with a 2:1. I wrote two more novels while I was at Warwick and managed to finished my thesis, and then I moved to London in 1986 and moved to a council flat I was paying £8 a week for and lived quite comfortably on the dole, writing.” I asked him if he thought that would be possible these days. “I didn’t feel any of this burden of expectation on me in any of those situations,” he responded, “whereas, though, the heat is on young people these days.”

Writing takes time, and thought, and a certain amount of leisure; in the 80s, when Jonathan was setting out, he had the time to turn ideas over in his mind, to let things develop. It’s hard to imagine even the laziest of Oxbridge undergraduates pulling together whole novels these days. “To speak very generally, I just feel the pressure on young people to do well in school, to do well in University, to do well afterwards, seems much stronger than it was in my day.”

Henry Fielding, the 18th century comic novelist of Shamela and Tom Jones’ fame remains an central influence for Coe’s work; Henry Fielding was a satirist and humorist who laid the foundations for the British sense of humour; “Henry Fielding remains my icon, I guess – for his geniality, his generosity of spirit, his ability to combine public and private narratives, his sense of the architecture of a book as being the most important thing.”

Despite Coe’s deep foundations in the English traditions – with humour, lyricism, and grand, interconnected plots, his books sell well on the continent – particularly in France, where he was awarded Officer of the Order of Arts and Letters in 2016 and is described as the most popular British author. I asked him why he thinks this is; for a writer with an undeniably British slant, it surprises me that his writing has sold so well in translation. ‘It’s a total mystery,” he said. “Traditionally the British sense of humour has exported quite well to other European countries, particularly the more physical, slapstick stuff – they love Mr Bean, they love Benny Hill still, they love Monty Python, and I guess the humour in my books is very British. Whatever that means.”

His work is British in more than just it’s humour; Middle England frequently adopts a lyrical and elegant tone almost reminiscent of Hardy’s sense of Wessex, and at points – when a pregnancy unites a formerly fractured marriage, or when the elderly man discovers the factory he knew so well has gone – we hear resonances of the broader tradition in English, of George Eliot, and EM Forster. But Middle England ends in France, where Benjamin Trotter buys a mill-house with his sister, and the novel’s warmest scenes, in many ways, take place in the French Riviera. Middle England is a book about middle England – both the geographical midlands and the country’s social centre – but it projects an international and European perspective on the country we are to become, one where former divisions slowly heal.