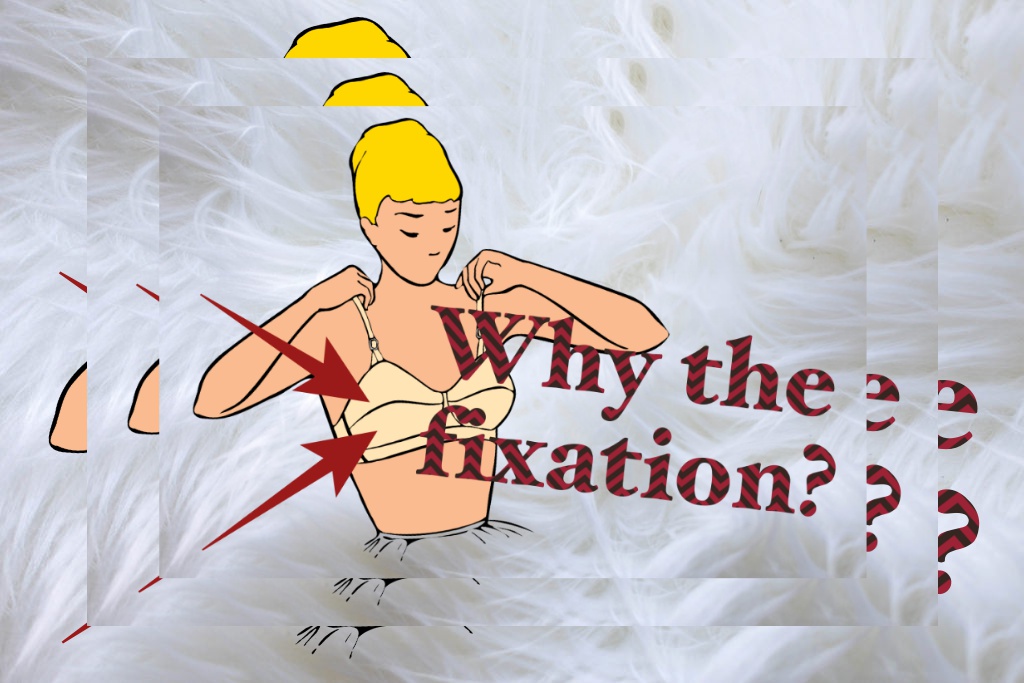 When it comes to the language of the female body, particularly that which polices the appearance of breasts, there is a lot of work to be done. Practical minded people would have you know that breasts are merely an organ, but we cannot equate their cultural significance to the kidneys for example. Since breasts are externally visible, and likely because they are inherently linked to femininity and the maternal, cleavage politics are rarely neutral and stand at the intersection of gender, size, race, and class. I have no desire to answer the why part of how mankind (and not just man – the average woman spends $4000 on bras in her lifetime) is so fixated on boobs, yet it is worth looking at how past styles have succumbed to the existing culture of judgement surrounding the female body. I would ask whether recent trends have either exacerbated or worked to dispel the emotional baggage that accompanies owning a pair.

The past hundred years have seen rapid changes to what is deemed acceptable. In an online age of visual culture writ large, those with power can dictate the decade’s style with just one image or ad campaign. While the 1920’s flapper style favoured the waifish and ‘athletic’, the 1950’s tea dress encouraged an hourglass figure. Fast forward to the 1990’s, and Kate Moss’s iconic Calvin Klein ads served to popularise ‘heroin chic’ in rebellion against the more voluptuous models of the 80’s. Indeed, the representation of breasts throughout history has undeniably attached moral value to a woman’s appearance. Though past societies did not deny the sexual allure of breasts, women with large breasts frequently invited ridicule over respect. The Ancient Roman poet Martial jokingly told the story of a big-breasted woman charged a proportionate three tickets upon entry to the bathhouse. This same condescension was reciprocated within the Elizabethan era, where Queen Elizabeth would have herself depicted with a modest, androgynous bosom to symbolise her aptitude for a male dominated role and validate her status as a ruler. Such prescriptiveness continued within the conservative grounds of the Victorian era, whereby women sought to maintain a coveted balance of prudishness and femininity. Fashions favoured the mere suggestion of breasts, their covered shape emphasised by a corseted waist.

Arguably, today’s beauty standards have expanded to include both ends of the spectrum. Kendal Jenner’s more traditional ‘catwalk body’ has aided her success in modelling, yet it is Kim Kardashian and Kylie Jenner who are comfortably seated as core members of the Kardashian empire. Their aesthetic of bodycon, waist trainers and push up bras heralds a new extreme. Another reality TV series to impact cleavage politics is Love Island. The rise of the contestant collaboration with brands such as Missguided or Boohoo often frames ‘sex appeal’ as the main selling point. However, I would argue that the cult of mesh, cut-outs and bandage dresses is not as inclusive as one might hope. The re-emergence of the underwear as outerwear trend reveals the lingering expectation of coded flirtation, since they generate the same teasing hourglass figure with which past fashions were infatuated. Of course, pretty bralettes and Calvin Klein sports bras are a welcome addition to many wardrobes, but for some they consolidate a restrictive exclusivity. Firstly, it can take a fair amount of money to dress up in a way that resembles how good you’d look dressed down. Secondly, the majority of unsupportive backless bodysuits and flimsy bra tops are catered towards smaller sizes. At times, it can seem that only women around a C cup or below can navigate fashions crushing double standards: remind people you have boobs and you are instantly enigmatic, but spill out or show too much and you risk becoming ‘cheap’ albeit sexy. While we are happy to ogle at Love Island stars (many of whom have had breast augmentations), curvy girls who buy into the trend are likely to face derision at some level. Rihanna’s recent Savage X Fenty catwalk celebrated female sexuality and asked them to dress for themselves, while also providing a very respectable range of sizes. What better antidote to the increasingly dated annual Victoria Secret show?

While one hopes that the onus of respectability is not so dependent upon modesty, the media’s rhetoric surrounding breasts appears ever reluctant to keep up. Celebrities who openly reveal too much cleavage face subtle eyebrow raising *read slut shaming*. Who knew a bunch of fat, glands, and connective tissue could fuel so much of The Daily Mail’s output? To pretend that we can truly hope to discern a celebrity’s confidence, promiscuity, or mental state from the amount of cleavage displayed on any given day is laughable. When a celebrity ‘flaunts her incredible curves’ post breakup, could we ever admit that this faux journalistic show of support only constructs a space for readers to ogle and judge?  I’m not suggesting the press ignore the fact that breasts exist, nor should we stifle attempts to dress in ways which hide or enhance them, but I doubt whether this pretence that celebrities wake up questioning ‘what should my boobs say about me today’ is sustainable. Even Theresa May has fallen victim to this culture of shame, when, in 2016, her outfit at the parliamentary budget caused a meltdown among reporters who presumably hadn’t realised working women over 40 own breasts.

Finally, on a slightly more serious note, I want to return to breasts through the lens of their ‘organ status’. Studies have shown how when this organ goes wrong, women are often faced with a double blow of mental health issues that follow the physical ailment. A 2016 study on the self-esteem of post-masectomy women with breast cancer revealed that, while the body image of participants plummeted, the levels of anxiety and depression rose among nearly all involved. Moreover, many women who struggle to breastfeed their child will relate to feelings of guilt and failure. You would be forgiven for finding current conventions both polarising and rife with hypocrisy, and the success of campaigns like the ‘saggy boobs matter movement’ and brands such as ‘Pot Yer Tits Away Luv’ indicates a desire for greater representation. All I can advocate is that women be allowed to make their own choices without judgement; to enhance or reduce, to be seen or not to be seen. As long as you are not hurting other people, there is no ‘right’ way to be a woman. I am left with many questions, particularly that of whether it is ok to play the patriarchal culture that we reject. Either way, I need to see a bit more change before I can truly calm my tits. 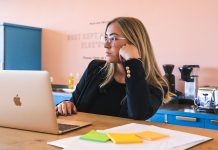 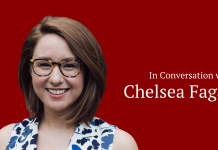 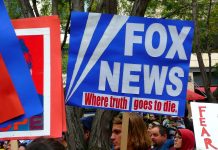