A bitter mixer and a strong, pungent spirit: on paper, this drink isn’t the most attractive cocktail. It lacks the sweetness of other highballs (a drink with one mixer and one spirit) like a Cuba Libre or the complex preparation of an Old Fashioned, and yet, the Gin and Tonic has found itself the object of quixotry and a cult-like following.

I must confess a vested interest: gin and tonic has been my preferred drink for a few months. I have even found myself zesting an orange, buying red peppercorns and browsing the Fever Tree website.

I’ve got over it now, don’t worry: this week’s recipe has been a Tesco’s gin, stored in a water bottle with ‘Freddie’s gin’ scrawled across it, and a flat tonic.

But where has this seemingly odd partnership come from?

Gin and tonic’s ubiquity isn’t just down to our fascination with stylish consumables, it has a history of empire and disease.

Tonic is made when quinine, extracted from the bark of the cinchona tree, is dissolved in water, giving it that bitter taste. Quinine was, and still is, a medicine that treats malaria.

With the expansion of the British Empire into tropical regions came the risk of this disease. When the British took control of India in 1858, large numbers of troops were issued with quinine to combat malaria.

Today, we drink a less concentrated version of what was then, and is now, called ‘Indian tonic water’. To encourage his troops to drink this bitter and noisome medicine, one officer mixed it with Britain’s favourite spirit: gin. And thus, the G&T was born.

Unfortunately, it seems that our favourite tipple was a baby of colonialism. The production of quinine was mostly for agents of the Raj to keep them healthy; it acted as a crutch to the occupation.

This was true for most tropical colonies.

Nowadays, gin and tonic is as popular as ever. With the Office for National Statistics reintroducing gin into the basket of goods used to calculate inflation last year, gin and tonic continues to be supreme.

Well, that is until a new drink becomes fashionable. Whisky and soda anyone? 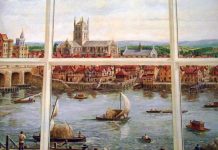 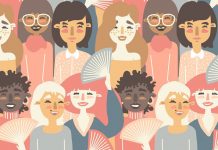