The Edinburgh Fringe experience in 2018 – the ‘magic’ of the Mile

A summary of the 2018 Fringe experience, as we say goodbye to the festival for another year 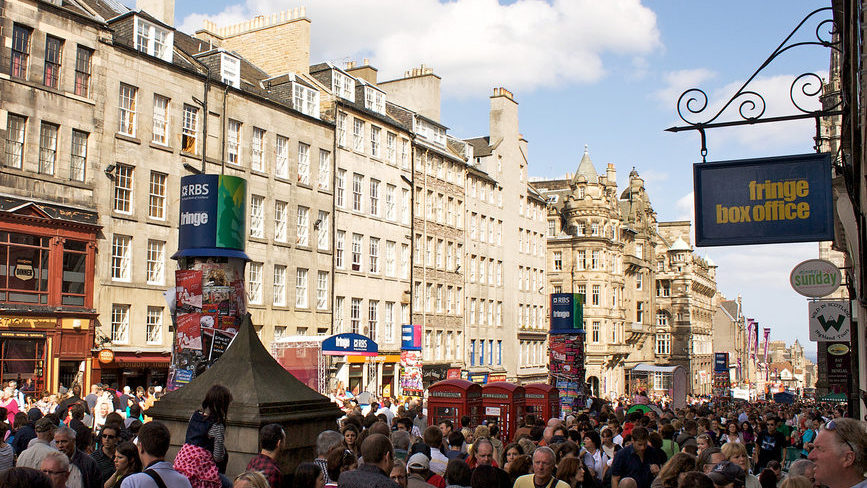 It is 3pm on one of the main streets of Edinburgh, and a silent disco is making its way past on both sides of the street. An impromptu rendition of ‘Daddy Cool’ announces its arrival, to the great amusement of everyone not wearing headphones. I can’t help but think that for anyone who hasn’t come to this city for the Fringe – the largest arts festival in the world – that this entire thing must be incredibly annoying. As it is, it’s a wonderful, spectacular, surreal experience for the rest of us.

The sheer size of the Fringe can be hard to grasp even with numbers: in 2017 there were 53,232 performances throughout the month – and that’s not even to include the many unofficial events and the other Festivals which take place throughout the city.

Due in part to this size, most performances are short. The day becomes segmented into hour-long slots, organised through a mix of meticulous organisation and last-minute stress. The quintessential Fringe experience is wandering into a free show with a flier and a promise it’s starting in five minutes. Sometimes it’s fantastic, and you wonder why they didn’t charge full price. Sometimes it’s terrible, and interrupted by a disco beat emanating from the room next door. And sometimes it brings out the best in people – on multiple occasions I was offered a ticket by a stranger who had accidentally double-booked, free of charge.

Here’s the thing about the Fringe, with all its eccentricities and sold-out shows and rave reviews – most shows will have a near-empty audience. Even for big names, such as Matt Forde, I saw seats still available; for smaller, free, shows, operating on flyering and abject hope, you might have eight people in a 100-seat audience. And it is very, very hard to perform to this small an audience – particularly for stand-up or comedy, which often works by bouncing off the crowd. It is even harder to get up after a terrible show and do that again. And again. And again.

It might seem obvious, but I’m struck most of all by the bravery required to perform here, night after night for three and a half weeks. It’s an hour a day – but an hour in which you’re completely exposing yourself to the whims of an unfamiliar audience.

And a tough audience as well. The people seeing your show will likely see another that day – if not two, three, or even more. It’s a place where time is at a premium. Show recommendations are thrown around like confetti, and a show seen at midday can quickly become the first in a to-do list which involves running from one side of town to the other. With an audience as unfocused as this one, it’s important to catch their attention – but how can you even begin do that, when that audience is an elderly couple, a young family, and two people who just wandered in off the street?

And yet there’s still something magical about wandering down the Royal Mile – the only place where you would willingly take fifteen flyers in your hands while just trying to pass through. It’s here that the place really feels like a festival, and everyone is given an equal chance to shine – and although catching someone’s attention on the street is usually impossible, there’s something about the Mile which actually makes you want to stop for thirty seconds, listening to this person who desperately sells you their bizarre improv act. Yes, maybe you’ll never go back and see their show. But for a moment the possibility is there.

In many ways, this small stretch of road demonstrates just what’s so special about this festival – the sheer energy of the place, which permeates every act and kick-starts a relentless cultural exchange. It’s at times exhausting, but the Fringe still remains the best kind of overwhelming; and if there’s one thing this 71-year-old festival has proved, it’s that people will keep coming back for more.