CherwellIndependent since 1920.
Culture Ant-Man and the Wasp review – the best comedies come in the... 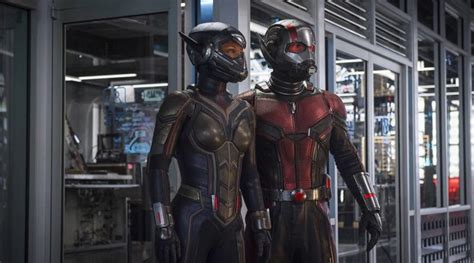 The Marvel Cinematic Universe has had a pretty banner year so far. Between the instant “cultural landmark” status of Black Panther and the phenomenal fan reaction to Infinity War, the financial and critical response to their films may never have been better. But the ever-increasing scale of their films threatens to get exhausting. We need to scale things back down with something lighthearted…preferably a film involving Paul Rudd on maximum charm offensive, Michael Douglas using “quantum” as an arbitrary prefix enough times to create a drinking game, and Evangeline Lily being as fierce as she is fiercely likeable. We definitely a film that can somehow involve a giant ant playing a rocking drum solo. We need Ant-Man and the Wasp.

Marvel has cannily positioned the Ant-Man franchise as the ultimate palate-cleanser after their more apocalyptically dark entries, as the first one chased the tail of Avengers: Age of Ultron. But there are some key differences this time around: firstly, the state of the wider Marvel universe has never been bleaker, which threatens to make this latest entry a tad disposable by comparison. Secondly, the first Ant-Man had significant upheaval behind-the-scenes, as director Peyton Reed was hired extremely late in the day to replace Edgar Wright and work with a cohort of new writers to revise what Wright had planned. This sequel represents Reed’s first opportunity to craft an Ant-Man tale from the ground up.

The most significant change is how much looser this is than the original in just about every sense. The basic premise is pretty straightforward: the story picks up two years after Scott Lang (Rudd) got busted for helping Captain America punch some airplanes in Civil War, and follows Scott’s efforts to help Hope (Evangeline Lily) and Hank Pym (Michael Douglas) recover Michelle Pfeiffer from the quantum realm – efforts that threaten to be thwarted by Ghost (Hannah-John Kamen), a mysterious hooded figure with some tricksy matter-phasing abilities.

But where the original was a tightly plotted heist movie that merely appeared loose and fun thanks to the affability of Rudd and his co-stars (especially the inimitable Michael Peña), Ant-Man and the Wasp is pretty ramshackle in its screenplay construction. There are two sets of villains for no other reason than to give our heroes more people to kick in the face, and a lot of the plot revolves around chasing after an object, recovering the object, losing the object and chasing after it again. Audiences with a low tolerance for meaningless technobabble may also struggle with a lot of the unnecessarily complicated dialogue.

But you’d be forgiven for not noticing any of that because it’s easy to get caught up in the charm of the stars, the steady stream of good jokes and the inventive uses of shrinking and growing tech for action-comedy purposes. Avoid the trailers if you can, because I’m not sure there’s a single instance of fun shrinky/growy stuff that hasn’t made it into the promotional material, but it’s all sufficiently engaging and inventive in context – especially during a stand-out car-chase through the streets of San Francisco.

The bottom line is this: if you liked the first Ant-Man film, you will enjoy this continuation. Even if you don’t enjoy the other Marvel films, it’s a solid comedy that functions well as a straightforward follow-up to the original, confining all of the MCU-building to the post-credits scenes. If you leave as soon as the credits start then you’ll have enjoyed a fun, lighthearted romp that can absolutely be enjoyed in (relative) isolation. And if you stay, well…don’t say I didn’t warn you. 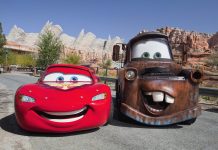 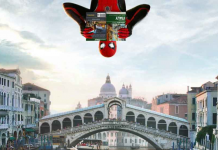 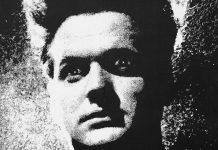 An alternative to ‘Fast Film’