Matty Hughes bowled 132 not out as Oxford romped home 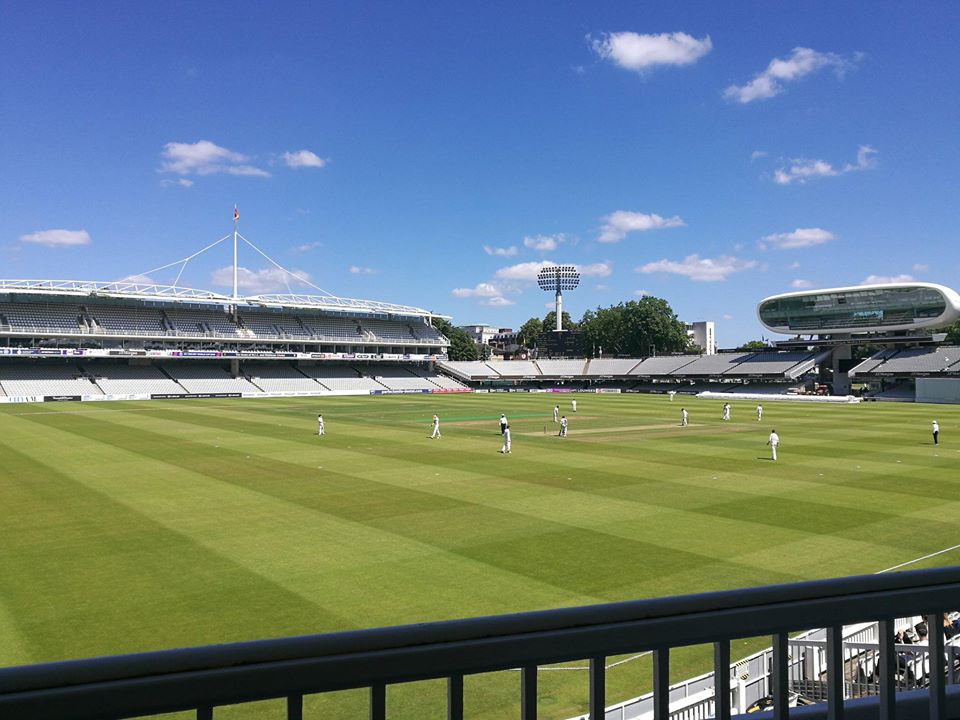 It wasn’t until what would turn out to be the final over that you started to realise how easy this had become for him; how different the cut strip he was playing on was seemed to be from the one that had sent his team-mates’ off-stumps cartwheeling and limited Cambridge to 222.

Kartik Suresh stood atop his mark like he had done for his previous nine overs. But this time, when he bowled – wherever he bowled – Matty Hughes simply stood and picked it off to wherever in the ground he fancied. Six runs needed for a sixth consecutive Varsity triumph at Lord’s. Yeah, why not: lofted with a nonchalant flick into the stands. The first 112 runs in this magnificently crafted innings had come at the same lick, always run a ball or thereabouts, but the next 20 came in the space of five balls. Cambridge had become emboldened by a sense they were suddenly in the game and then, with a flick of the switch, they weren’t again.

After winning the toss and deciding to put a total on the board, 222 was probably not too far beyond the realms of captain Darshan Chohan’s early expectations. Passing a total Oxford had posted in a format thirty overs shorter just three weeks ago in the 50th over of the innings doesn’t scream confidence, but then 213 was more than enough for Durham to claw the MCCU Championship Match from perennial victors Loughborough on the exact same deck here on Wednesday.

Samuel Turner feathered behind early and Tom Colverd was enticed into a booming drive that ended in the hands of Jamie Gnodde at second slip, but the wickets were blemishes in an otherwise bright start and Chohan visibly took the game by the scruff, racing along at an imperious strike-rate; daring the Oxford attack to provide him with the width that his game feeds on so lavishly. Through 20 overs, 90-2 seemed bountiful.

It was here that a lack of gears became cruelly exposed. Suddenly every drive was hitting the cover fielder, every nurdle into the leg-side cut-off by the scampering midwicket, every attempt at defusing the crushing scoring pressure faulty in some way.

The following 21 overs were bowled exclusively by Oxford’s three-pronged spin attack of Jamie Gnodde, Jack Rogers, and Hughes – this year, unlike last, a premeditated plan – and were exclusively Oxford’s in outcome. Rogers produced a jaffa to rid of Murty: extracting some rare bite from the surface and, in the umpire’s view, some bat too; Ali Dewhurst played all around one from Gnodde lbw, and all the while Chohan’s supreme start was being eaten away as he backpedalled in absence of a telling partnership, eventually swinging across the line in anger for a Frankenstein-sort of 77 – a series of crunching cuts and pulls but served up with a lingering sense that it was not quite what it could’ve been.

And so step forward Matty Hughes, the distilled image of what it looks like when, just for once, it does all just fit together right. 132 not out off 109 balls, chasing down 223 with just over ten overs to spare, helmet and bat aloft, basked in sunshine in the middle of the most venerable cricket venue in the country.

First slip stood there in disbelief, his light blue cap positioned so to shield his emotion from play. Hughes was on 95, and he’d just got a whole lot of willow on the delivery from Tom Balderson, diverting it, just as he had done with his very first ball of the innings, through the region of first slip. The other twenty boundaries Hughes hit were impeccable in timing and placement – at one time he sauntered down the pitch after unfurling a one-knee cover drive and watched as cover dived to his right, extra cover to his left, and the sweeper chased aimlessly after the racing ball only to see it ripple the boundary rope anyway – but none will have punctured so deep as the flicker of victory that existed for that moment.

At times – not pushing the first run hard, lacking real zest in the field, throwing to the wrong end, that slip catch – Cambridge only had themselves to blame; for the rest of the duration, they really were reduced to audience of a masterclass.

Wickets continually fell at the other end: a fiery Jan Cross-Zamirski bowled through a rare 10 over opening spell with hitherto absent bounce that continually troubled, picking up Dan Escott and taking home Alex Rackow’s off-stump, whilst Gnodde also succumbed bowled, and Rogers was stumped off a wide delivery from Nick Winder by some tidy work behind. Whilst comparatively Chohan had dropped anchor, Hughes forged on relentlessly, at times doing the scoring of two batsman, and certainly the running: picking up the first three of the day.

Matthew Naylor arrived with the game in the balance at 113-4 after 20 overs. Runs weren’t going to be an issue, wickets on the other hand were now at a premium and Naylor played a key hand hoovering up deliveries from Cambridge’s four frontline bowlers and providing captain Chohan with a serious logistical issue of how to hide away the remaining ten overs. When Tom Colverd appeared as the solution, Naylor drove his first ball for four and the duo ensured he was not allowed to settle into any real rhythm.

With Hughes sitting on 99, Cambridge tightened the screw – and the entire ring-field – to eliminate the easy single. Hughes simply rocked back and slapped Suresh aerially to bring up his milestone. Naylor would be trapped lbw just two deliveries later to temper the celebrations, but they were to continue emphatically upon the return of Suresh, and surely will long into the night…