CherwellIndependent since 1920.
News Colleges under pressure after flooding damage 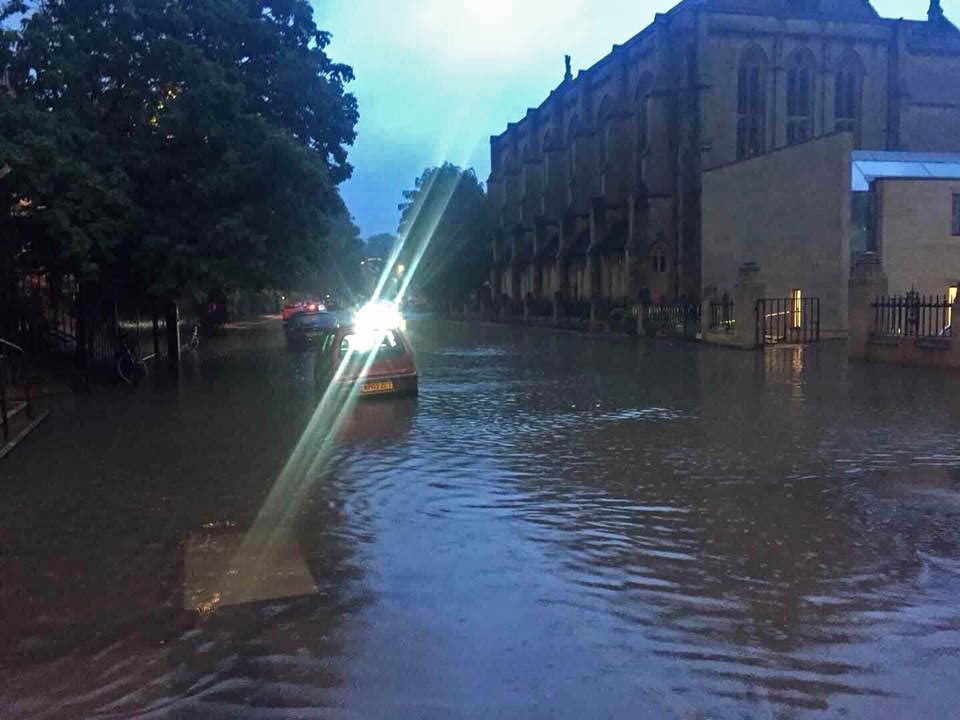 According to the Met Office, Oxfordshire suffered the heaviest rainfall in the UK last Thursday night, as thunderstorms hit the county for five hours from 17:00.

A number of colleges were affected by the flooding, including Magdalen, Mansfield, Pembroke, and Wadham.

Heavy rain caused the guttering at Wadham to overflow, which left the top of the library, the MCR, and five student bedrooms affected.

A spokesperson for Wadham told Cherwell: “Alternative arrangements were put in place for student bedrooms and the top floor of the library was reopened the day after the incident.”

Meanwhile, Mansfield students helped to mop water out of the café area, which had leaked through from the flooded road outside. The rain also came through the roof of Somerville’s college bar, and flooded their patio area. However, the flooding was gone the following
day.

Elsewhere in Oxford, around 100 people had to be evacuated from an Oxford Pride show taking place at the Old Fire Station, after water started leaking through the roof. Botley Road, a main route into Oxford from the west of the city, had to be closed due to several feet of water pooled under a railway bridge. Firefighters attended the affected area and the road was reopened by the next morning.

Commuters experienced delayed trains from Oxford, due to flooding on the line and at nearby station Didcot Parkway.