It’s not often that I’m ready to compare anyone or anything to Beyoncé. In fact, it’s not
often that any comparison is warranted, but watching this performance, I couldn’t help but
think of her visual album, Lemonade, and the feeling that I had watching it. It was more than an album, it was a film, it was a poetry anthology, it was a message of hope and healing; it was a movement.

In the same way, Medea is more than a play. It incorporates poetry, dance, and choral
music, celebrates BAME talent, and results in something much more powerful and
captivating than anything I have ever seen on an Oxford stage. It tells the classic story of
Medea, wife of Jason, who abandons her and their children in favour of a more rewarding
match between himself and the King’s daughter. Medea must go on a journey to come to
terms with this betrayal just like Beyonce did on her phenomenal album, and I have to say,
just as it was with Beyonce, it was a privilege that this production company invited us to go
on this journey.

That being said, Medea, played beautifully by Charithra Chandran, is not Beyonce. She’s not the heroine whose side you want to be on. She is dark, vengeful, manipulative – and entirely captivating. What stops her from being simply the angry ex-wife – the label other characters jump to put on her – is how well she navigates her conflicting emotions. There is a complexity to the performance that cannot be understated – anger, sadness and frustration all feed off each other in every movement and become the sign of a truly talented actress.

The rest of the cast – made entirely of BAME performers – is also wonderful, and their ability to react to each other emotionally is what makes the performance so strong. The joy of seeing so much BAME talent celebrated is indescribable, as Oxford stages have not
historically been too accommodating to BAME talent, both in cast and crew. This problem extends to national stages outside of Oxford and more widely in the entertainment. The very choice of director, Francesca Amewudah-Rivers, to put this play on stage is a revolt against the lack of diversity we have been used to seeing for too long, and I don’t think it’s an overreaction to say that this play will do a lot for BAME performers in Oxford by encouraging them to continue to make beautiful art.

This leads me onto the highlight of the performance for me: the chorus. The play takes the Greek chorus of classical plays, which functioned to explain and comment on the action, and reimagines it as a group of talented singers that many gospel choirs would be jealous of. The transitions between music and poetry are effortless, and guide us through the story beautifully – I have to take a moment to appreciate the spoken word artists who devised
pieces specifically for the play because it is partly this that allows the work to become truly transcendental: Serena Arthur, Zad El Bacha, Theophina Gabriel and Simran Uppal were all able to encapsulate not only the characters’ thoughts but the changing mood of the play through their striking words.

The play also clearly draws influence from elsewhere in its writing: Jordan Peele’s 2016 film Get Out. Anyone who has watched the film as often as I have will appreciate the many references to it littered throughout Medea’s masterful writing; it is no easy feat to recreate the feeling of the Sunken Place, let alone in a theatre but this production manages it well through its use of staging, disembodied voices and echoes – just one of many arresting moments in the play. From the moment the audience sat down, the performance was fascinating and no-one was even on stage yet. The set, populated with bare trees in mounds of dirt and lit harshly, immediately draws your attention and reminds you that this story is a tragic one – what happy endings we gain from it are entirely up to us. Do we take the chorus’ words to be disparaging of Medea’s actions, or do we take them to be a message of female empowerment, of a woman who took back the control that was taken from her?

There is something to be said for how the play taps into the very nature of what it has meant to be a woman: to give pieces of yourself away, to be slowly broken and to silently suffer in the name of a man. But here stands Medea, refusing this expectation and asking us go on the strange, tragic journey with her as she does.

Ultimately, this is the kind of play that makes you remember why you go to the theatre. As activist and theatre-enthusiast, Akala, has said, if we don’t feel something when we go to the theatre – if we don’t want to cry or laugh or have sex or get revenge – what was the point of what we watched? Watching Medea was an exploration of many emotions. It was tense. It was funny. It was beautiful. It reminded me why I go to the theatre. 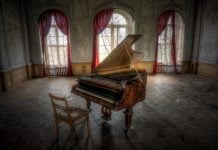 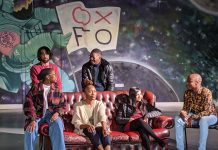 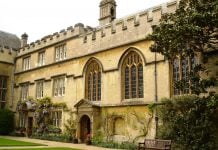 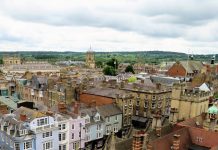 Coalition of societies to work for racial equality in Oxford 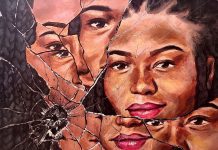 NEVER fail to call out racism: the devastation of silence