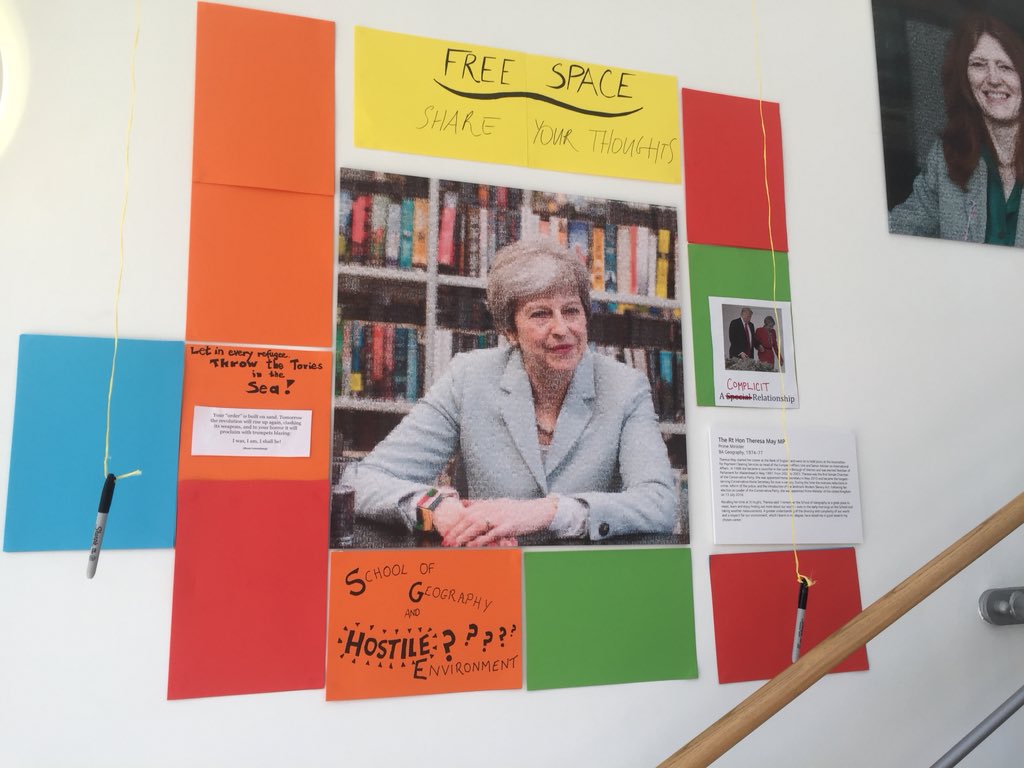 A portrait of Prime Minister Theresa May, which was removed from the Geography department last week, is still missing, despite the University’s claims that it would be re-displayed.

The portrait, erected as part of a celebration of the department’s female alumnae, was removed following outrage over the decision to display it.

The University said at the time that the portrait had been removed because it was “obscured by posters bearing various messages”, and that it would be re-displayed so it could be seen as intended.

However, the portrait is yet to be re-displayed.

Since the portrait’s removal, various groups have affixed messages to the space it occupied.

These included a letter pledging support to the “Women of Yarl’s Wood”. It referred to hunger strikes and protests carried out by more than 100 women in the Yarl’s Wood Immigration Removal Centre.

A spokesperson for Oxford University said: “The School of Geography and the Environment will be reinstalling the portrait of Theresa May as soon as possible in a way that allows it to be viewed as intended.

“Considerations include both the security of the picture and maintaining the display’s overall theme of celebrating the achievements of female alumnae.

“The School values academic and critical debate and is also exploring ways to facilitate discussion among staff and students of issues related to the display.” 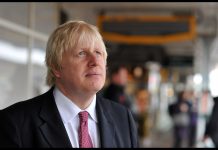 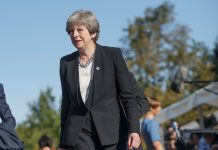 So long Theresa, you won’t be missed 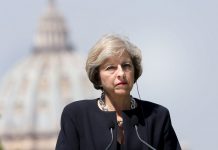 What’s next for Theresa May?

Is it time for Theresa May to be binned? 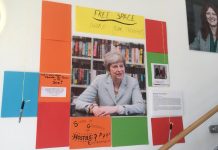