If you ever wished an alarm went off around toxic masculinity, or wondered what it would be like to have someone like Mrs Weasley as your crime-scene getaway driver, then get down to the Burton Taylor studio before No Market for Old Men inevitably sells out. From blockchain bros to hipster avocado farms and meditation tapes, no current trend escaped scrutiny last night in the Oxford Revue’s new show at the Burton Taylor Studio, No Market for Old Men. Excellent performances deliver an hour of fast-paced sketch comedy that is guaranteed to make audiences laugh—though the jokes are likely to fare better with younger audiences than your neighborhood mansplainer.

It took me a few minutes to warm up to the premise of the show, worrying it would devolve into a regurgitation of clichés and outdated gender tropes: a loud American female millennial with a technology addiction is sent away by her father to learn a lesson about community, much to her dismay. She awkwardly befriends two old but classically likeable pup-dwelling blokes, who tell their story to the young woman through a series of flashbacks.

However, the classic tropes about this scenario are quickly and completely reversed, partly because of the clever choice in casting: all three characters involved are portrayed by women. The three performers embody their recognisable ‘stock’ characters with such accuracy, morphing the sketches into a commentary on the tropes involved. At one point, one of the old men extols the virtues of times gone by, reminiscing about the glory days before women could vote. The fact that these lines are delivered by female actors gives an instant irony to jokes which, in a different time or context, would have just been straightforward misogyny. Instead, clever casting and excellent delivery lead to a reversal of the original intent of gender-based comedy, giving a subtle and nuanced social commentary that also made audiences crack up in the first few minutes of the show.

No Market for Old Men is destined to please any audience member, partly due to the variance in the sketches. The flashbacks as a plot mechanism allow for a variety of scenes with ranging complexity. If you are a fan of well-crafted topical jokes, there is plenty of material to work with, ranging from a gender-reveal- party-gone to the drama of court battles in little league baseball. You can watch Santa Clause give negative feedback to a naïve elf in an Oxford-style supervision. If you are more interested in absurd humour with wacky premises, you will enjoy a creatively staged dating show, the best stand-up that artificial intelligence has to offer, a surreal among many. Perhaps the best aspect of the performance is how it reminds us that even the simplest detail or premise can be funny; a sketch featuring a birthday party might have only contained a handful of words, but the repetition of a line caused a burst of laughter that resonated throughout the blackout.

In terms of production, the show shares in the minimalism of its genre, but the actors need hardly any props to bring the scenarios to life. In fact, the minimalism of the set is incorporated into a joke, in one of many perfectly executed metatheatrical moments by Alison Middleton. The transitions between sketches are a tad long, but are often filled by residual laughter from the audience coupled with the occasional Cardi-B single or throwback cheesy tunes. Evelyn Elgart injected energy into each scene, even as the show moved between an array of sketches, in which Madi Warner impressed the audiences with her range and comedic nuance as she moved flawlessly between characters. No Market for Old Men ultimately strikes a perfect balance between simplicity and complexity which other comedies strive to achieve: simple premises with a dose of subtle social commentary, all carried along by strong performers. 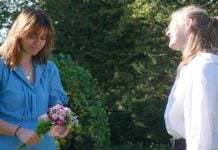 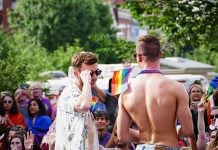 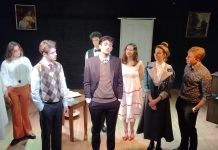 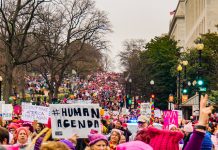