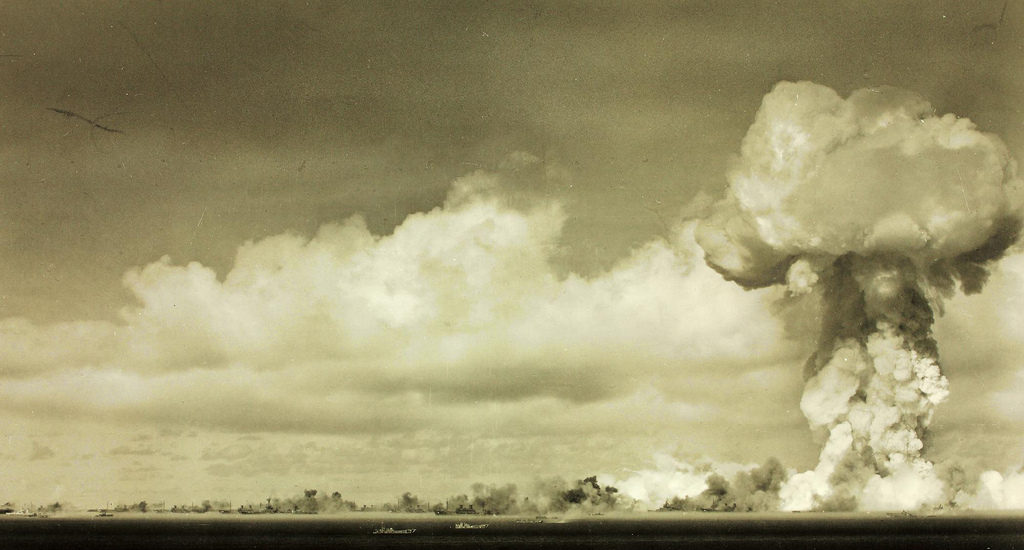 “If one controls people’s memories, one controls their dynamism. And one also controls their experience, their knowledge of previous struggles.” Michel Foucault captured this rather obvious sentiment in 1975, but it bears much relevance today.

Film among other visual arts, has been used to create a sense of common identity, a ‘patrimoine’, in today’s age is often manipulated by political narratives. However, film has also framed cultural memory for productive purposes; as a medium against the current homogenisation of national identities.

As such, reactions to ‘Volhynia’ (2016), a film depicting the 1943 massacre of nearly 100,000 Poles by the Ukrainian Insurgent Army allied with Axis powers, have re-defined national memory, worsening international relations between the countries. The film’s plot follows a forbidden love story between a Polish girl named Zosia, and her Ukrainian partner Petro, their marriage is interrupted by the outbreak of the War, and Zosia’s father’s disapproval. Their story develops against the background of increasing tensions between the two communities, culminating in a gruesome portrayal of a night of the massacre. Zosia seeking rescue with her son, finds temporary shelter with her sister Helena who is married to a Ukrainian. Both Helena and her husband Vasyl are killed by Poles, Vasyl for being Ukrainian and Helena for her ‘betrayal’ and Zosia is forced to escape to the woods with her child. Ultimately, the film entertains complex characters from both sides of the historical conflict, however, public debate surrounding the film has inflamed old ethnic tensions. Many Polish and Ukrainian politicians view this as counter-productive to decades of reconciliation efforts. The resurfacing of traumatic memories of this 70-year-old conflict, has produced a toxic political and cultural debate, characterised by a limited acknowledgement of Polish violence, taking the lives of an estimated 10,000-30,000 Ukrainians during the retaliation.

Poland and Ukraine share a particularly tumultuous history, and the implications of ‘Volhynia’ have implicitly enabled the vilification of Ukrainians living in Poland by ultra-nationalists today. The film has also attracted national and international attention for its ties to the right-wing Law and Justice government in Poland, specifically the government-owned TVP station responsible for funding the film. Incidents of ethnically-charged hate crime have risen since Law and Justice’s ascendancy to power in 2015. Anti-Ukrainian graffiti often targets Ukrainians as ‘Banderites’, reflecting the ultra-nationalist views of Stepan Bandera, responsible for the massacres in 1943; while calls for the repatriation of Ukrainians that have moved to Poland since the 2014 Crimean Crisis, are also common. However, since the films official release in 2016, former Presidents Lech Walesa and Bronislaw Komorowski have issued an official apology letter for Polish violence, as a response to the apologies of Ukrainian Presidents Leonid Kravchuk and Viktor Yushchenko.

Inez Hedges – a professor of cultures, societies and global studies – investigates how ‘traumatic memory’ in films such as ‘Volhynia’ effects those who did not experience the trauma. Hedges’ emphasises the use of film as the primary influence on cultural memory since WW2. While she is more optimistic about film as an accessible and productive medium that serves the purpose of reclaiming cultural memory, others such as Foucault, share profound concerns about the manipulation of film to inspire false memory. In the case of ‘Volhynia’ the jury is still out as to whether we can attribute the film with blame for rising incidents of hate-crime. However, debate surrounding the film has been contaminated by ethnically charged right-wing narratives that reflect the current government’s nativist agenda in shaping collective memory.

An illustrative example of film used for more productive ends, include the efforts of Japanese filmmakers such as Shohei Imamura and Kiju Yoshida who have sought to oppose the ‘amnesiac’ approach to Hiroshima victims. In many ways the advent of nuclear weapons transformed our idea of humanity, our ability to obliterate the entire world to this day haunt international politics with North Korea or Iran.

In 1945 over 150,000 people died from the impact of the bomb and radiation in Hiroshima, a further 80,000 in Nagasaki. The survivors became the hibakusha, a term that was also given to those suffering from radiation exposure after the US 1954 nuclear test on the Bikini Islands. Fears of radiation sickness were implicit in the way the hibakusha were increasingly discriminated against in the public eye, with a lack of job and marriage prospects, they were defined often by their keloid scars. Until 1952 US soldiers occupied parts of Japan and public discussions of the bombings as well as the surrender were forbidden. It was only a decade later that the Japanese Council against Atomic and Hydrogen Bombs was formed, and organisations began to call for compensation and medical treatment. But social attitudes and memory of the bombings demonised survivors. Hedges explores the relation of film to cultural memory and the shifts in Japanese society towards the hibakusha.

Portrayal of the immediate effects of the bomb remain inadequate and perhaps impossible to recreate given survivor’s eyewitness reports. The psychological dimensions of the atrocity are given little attention until films such as ‘Black Rain’ (1989) by Shohei Imamura, and Kiju Yoshida’s ‘Women of the Mirror’ (2002), addressed the breakdown of individual identities and fears of social alienation. Yoshida’s film poignantly explores how the ‘amnesiac’ approach to the hibakusha has affected three generations of women in their experiences of the bombing and the way in which memory suppression impacts survivors as much as wider society.

‘Women of the Mirror’ focuses on the lives of Ai Kawase, a woman who had survived Hiroshima at the age of 17 pregnant with her daughter Miwa, who runs away from home at the age of 20. Miwa gives birth to a daughter, Natsuki, four years after her initial disappearance. She abandons her child who grows up with her grandmother Mrs. Kawase. Natsuki and Mrs. Kwase come across a woman named Masako Onoue, finding she possesses some of Miwa’s personal documents, and a broken mirror fractured in a similar way to that in Mrs. Kwase’s house at the time when Miwa first disappeared. The broken mirror becomes a crucial symbol throughout the rest of the film for the women’s broken identities and are featured often with all three women reflected. In hopes of returning Masako’s/Miwa’s memory they visit Hiroshima where her amnesia only intensifies as if she were actively refusing the idea that she may be a hibakusha. This was commonly observed reaction of survivors who declined medical assistance to escape association with Hiroshima and Nagasaki. Hedges emphasises the cinematography and craft of Yoshida’s film, and draws attention to painful exploration of traumatic memory which ends with a lack of closure, as neither of the women agree to conduct a DNA test in fear that it will prove Masako is not Miwa. Natsuki represents the third-generation of ‘victims’ in that the legacy of Hiroshima persists in her own struggles to connect to her possible mother and define her identity.

Fundamentally, the openness of the film allows the audience to project their own ideas of hope or pessimism at the ability of society to deal with the psychological impacts of traumatic memories. Hedges ends this chapter by echoing a statement from ‘The Nuclear Century’ (1997), a book published by the Japan Peace Museum and the Japan confederation of A- and H-Bomb Sufferers stating: “We are all hibakusha today.”.
Looking at history and memory through film directs a debate towards an inevitable discussion of free speech and censorship. Portraying historical events is undoubtedly challenging, especially when memories of these events are contested and emotionally charged; nevertheless, filmmakers should not shy away from these projects, since more often than not, the accessibility of cinema today has influenced progress in social attitudes on taboo subjects.

However, across the globe nations are struggling to come to terms with their past, after all, it was only in 2017 that Marine Le Pen denied the role of the collaborationist Vichy government in the Vel d’Hiv, a roundup of over 13,000 Jews in July 1942. And few months ago, the Polish government passed a controversial Holocaust bill, an attempt to criminalise the association of Polish collaboration with wartime crimes against the Jews. Yet, stifling the debate about the actions of our ancestors goes beyond the Second World War. The atrocities of imperial rule of European powers in the 19th century are to this day vindicated by school curricula, for example by a 2005 French law that called for the teaching of the ‘positive values’ of colonialism in schools. And most recently, criticism of the Cambridge Conservative Association for its organisation of a ‘Rhodesian Reception’ with Denis Walker, a former Rhodesian cabinet minister removed from the Conservative Party for his views on race.

Film as a medium has been used to document repression, persecution and the struggle for justice. Traumatic memory affects more than those having experienced a tragedy or disaster; and film is a potent medium by which cultural memory continues to change as we acknowledge the legacies of struggle and trauma.