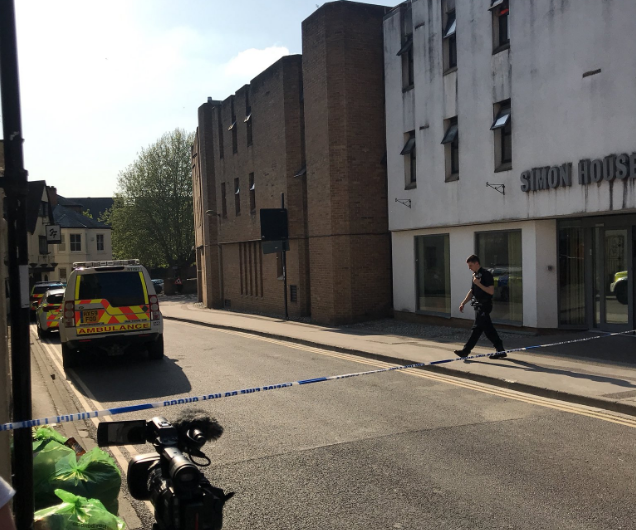 Fred Dimbleby
Fred, a second-year Historian at Keble, was the paper's editor for Trinity Term 2018 alongside Matt Roller. He started out as Cherwell's comment editor last Hilary.
8th May 2018

A standoff between police and a gunman near the Westgate centre has ended peacefully after 17 hours, according to police.

A 24-year-old suspect was arrested at 3am this morning after negotiations with police at the scene.

A firearms incident in Paradise Square, Oxford, has ended peacefully.

All road closures have been lifted in the area. A small scenewatch remains in place.

South Central Ambulance Service said that one person was being treated for non-life threatening injuries.

Shortly before 3am today a 24-year-old man from Oxford was arrested on suspicion of attempted murder in connection with the incident. He is currently in police custody.

Thames Valley Police said yesterday they were called to the scene at 1:15 pm yesterday afternoon and that they exchanged fire with an armed man.

Thank you to everyone for your understanding and patience while we worked to resolve the incident safely.

We are grateful for the support of members of the public and local businesses.

If you're coming in to Oxford today you should not experience any further disruption.

Residents, who were evacuated from the street, have gradually been allowed back into their homes. Some police are still at the scene but most of the road closures have now been lifted.

Negotiations between police and the gunman continued yesterday and went into the early hours of the morning.

Heavily armed police were seen at the scene along with sniffer dogs, ambulance services, and fire services. At one point, fire services unrolled a hose onto Paradise Street to use in the standoff.

Earlier in the day, an Ambulance crew carried a stretcher through the cordon, but it was not used afterwards.

As the evening drew on, paramedics were seen carrying large lights through the police cordon.

Ambulance crew just came through with large torches – this may continue for a while pic.twitter.com/1bc3XsKrTi

Residents and onlookers gathered at a local pub on Paradise Street and said that the event had “brought them together”.

Residents have been sitting outside this pub for most of the day, they say that the event has brought the street closer together pic.twitter.com/S0n864b1J1

One resident told Cherwell: “ I woke up and there was a lot of shouting and dogs were fighting outside. I came outside and there were police cars everywhere – some marked and some unmarked. One up round the castle and round the road here.”

Pembroke College, which is near the scene, warned students to avoid the area.

In an email, seen by Cherwell, the Deputy Home Bursar said: “Due to an ongoing security incident, please be advised to avoid the Westgate Centre and the area around the Castle.”