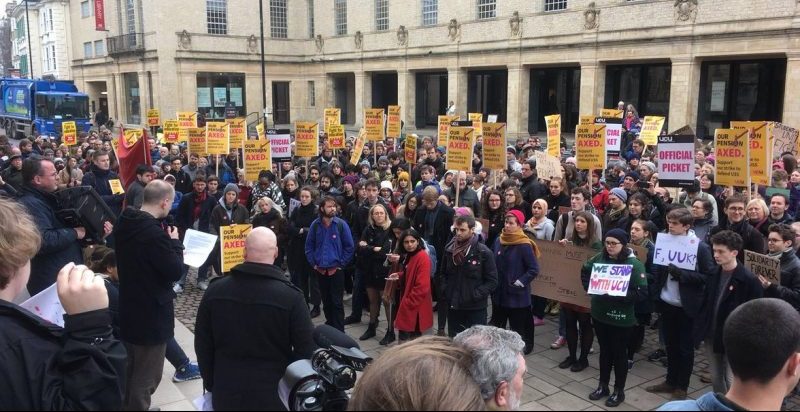 In March, the decision by the University and UUK (Universities UK) to change the conditions for the pensions of university staff led to mass strikes across Oxford. Staff
from across the University cancelled lectures in protest against the proposed changes. Oxford SU backed those striking with a statement of support despite criticism from students whose interests they are supposed to protect. Last week, it was announced that 17 Oxford students are working with the law firm Asserson to bring a class action suit against the University to recover fees that they believe they are owed due to cancelled lectures and classes, delayed feedback from tutors, and general disruptions to their classes. They have been criticised by the Oxford SU for aiding the marketisation of education by pursuing their claim for compensation. However, we should be supporting them.
All of us have a right to receive what we pay for, whether it be our degrees, or a product we might buy from the high street. When you pay for something, you are signing a contract. When domestic or EU students pay £9,250 for their degrees, they have every right to make sure they actually receive what they pay for. When international students pay up to £23,885 for their degrees, often taking out large loans to do so, they deserve to ask for a partial refund of their fees. We should support these students, in any way we can, in their fight for their consumer rights, and the Oxford SU ought to reverse their misplaced statement of condemnation
The marketisation of education exists whether one likes it or not and so naturally
it is also right that students are protected by the same consumer rights that would protect them if they bought something online or from an ordinary shop. The fact that it is education that we are paying for does not exempt it from the protection the law can offer.
If we do not hold Oxford responsible, and call them out for giving us less than what we are all paying thousands of pounds each year for, then the University will continue to believe it is acceptable to supply less than what they agreed to when they took our money; this could, in the long run, lead to a gradual decline in the quality of the degrees offered. The University needs to feel the pressure to recognise the rights of their students and this can most efficiently be achieved by legal confrontation. In any other industry it would be unacceptable to behave like the University’s administration have.
Even if you do not agree with the marketisation of education, the truth is that it already happened when most of us had to take out thousands of pounds out as a loan to pay the course fees. Further, the interest rates for these loans are increasing with no end in sight, worsening the already deprived situation that low income students are in by increasing the large financial burden they are already subjected to. Similarly, those who have saved for their fees, as one international student who is suing the university did, are dismissed and expected to simply put up with the University’s decision to fail in meeting their end of the contract. The University failed to uphold their end of the deal and accordingly should be held accountable. Moreover, this class action suit is actually extremely useful in achieving the pressures the strikers tried to impose on the University administration.
By holding the University liable for their inability to treat staff properly and in preventing the subsequent strikes the university actually gained financially because they did not have to pay the staff on strike. They saved thousands of pounds and made no offer to refund this gain to the students who have been unfairly dragged into this situation in which they do not have a role or influence. This is fundamentally unjust and defeats the purpose of the strikes in the first place: to impose significant pressure on the University to reverse their decision to support the changes proposed by UUK. By asking for this money back, the administration will feel the full force of their decision. Targeting them financially is the only way to actually cause change, at least in issues as weighty as this.
The situation the staff have been put in is less than ideal for them as well. However, this does not mean the students have to pay the price for it. Cancelled lectures, days before many undergraduates had to sit their first year exams, caused many students to be more stressed than they needed to be. Similarly, many finalists had classes cancelled weeks before exams that will dictate which careers they can pursue, and clearly the ramifications of this cannot be ignored or understated.
The University has failed in their duty to treat their students and staff properly and have taken for granted the support the would receive from the vast majority of the
student body. They must be held responsible and I hope that the students succeed in their case and recover what they are rightfully owed. Education is a good that we consume and should be not be treated differently to any other product paid for. Students should not be forced to accept the very real time value loss as a consequence of the strikes under the unjust guise that they must stand in solidarity with staff. 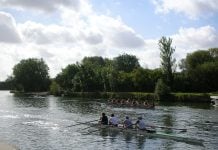