Hearing the words ‘Windrush controversy’, it might be easy to disengage from as something that will not affect anyone you know. My grandparents’ arrival from Jamaica in the late 1950s connects me to these recent chain of events.

A chat with my grandfather’s dearest friend, known fondly as ‘Uncle Clarence’, who came to England as a young man enabled me to truly comprehend the impact of this sorry affair. Through the static crackling of weak reception he tells me about his close relative, who moved to England in 1964 aged 16, finishing school before venturing into the working world. For five decades he worked hard, started a family, and recently retired. Yet, unlike most retirees, he is currently burdened by the anguish of having to prove he is a citizen of the place he has called home for the past half century.

In a situation that can only be described as Kafkaesque, his own government is questioning and thereby undermining his right to belong. Despite recent apologies and promises of compensation, this elderly gentleman is still struggling through the onerous task of establishing his right to citizenship; for example, perusing his local library’s historic files to prove the existence of the long-demolished school he attended back in 1964. Given the severe stress being imposed on this community’s older generation, apologies for “anxiety
caused” seem underwhelming.

The situation speaks to the undervaluing of an entire community, people who were invited to Britain to become valued members of society and have since become an integral patch in the fabric of which modern day Britain is made. A lack of bureaucratic foresight has engendered the notion that the right to be British is a quality that can dwindle with time. Such an oversight demonstrates a lack of consideration for Brits with West Indian backgrounds. The fact that, instead of being protected by the government, individuals are having to protect themselves from the government is frankly disheartening. Such injustices have been a continuing trial for Caribbean communities in Britain for years, which begs the question why it has taken this long to come to light. Uncle Clarence tells me of an English born child, who attended a charity nursery he and my grandparents set up. Clarence had to bring objections when, in response to his carer passing away, the three-year-old was going to be sent to Jamaica to live with his grandmother. An infant was going to be sent to a country to which he had never been, to stay with a woman he had never met, with no social services to protect him should his grandmother no longer be able. To Clarence the government appears willing to jettison its own citizens, into what he considers a no man’s land.

This attitude should concern us all, mirroring as it does Enoch Powell’s view: “The West Indian does not by being born in England become an Englishman … he is a West Indian or an Asian still.” Clarence said he felt strongly that the nursery needed to protect the boy, so that he could go on to be educated and aspire to be a valued member of our community. It was my grandparents’ adoption of this glorious attitude towards education, protection and opportunity which led to my being able to write for an Oxford University student paper. Britons who have striven to be valued by this country are simply not.

This issue goes beyond recent controversies. My late grandmother’s good friend, having retired to Montenegro Bay on a pension she spent her adult life earning in Britain, struggles to visit her children and grandchildren as she must apply for a £400 visa. Whilst many are alarmed about ‘potential’ situations involving EU (white) immigrants, it is disappointing to see that the mistreatment of Commonwealth citizens (non-white) generates a fraction of the outcry. 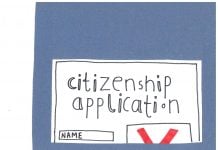 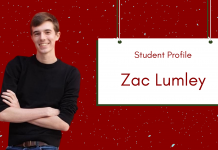