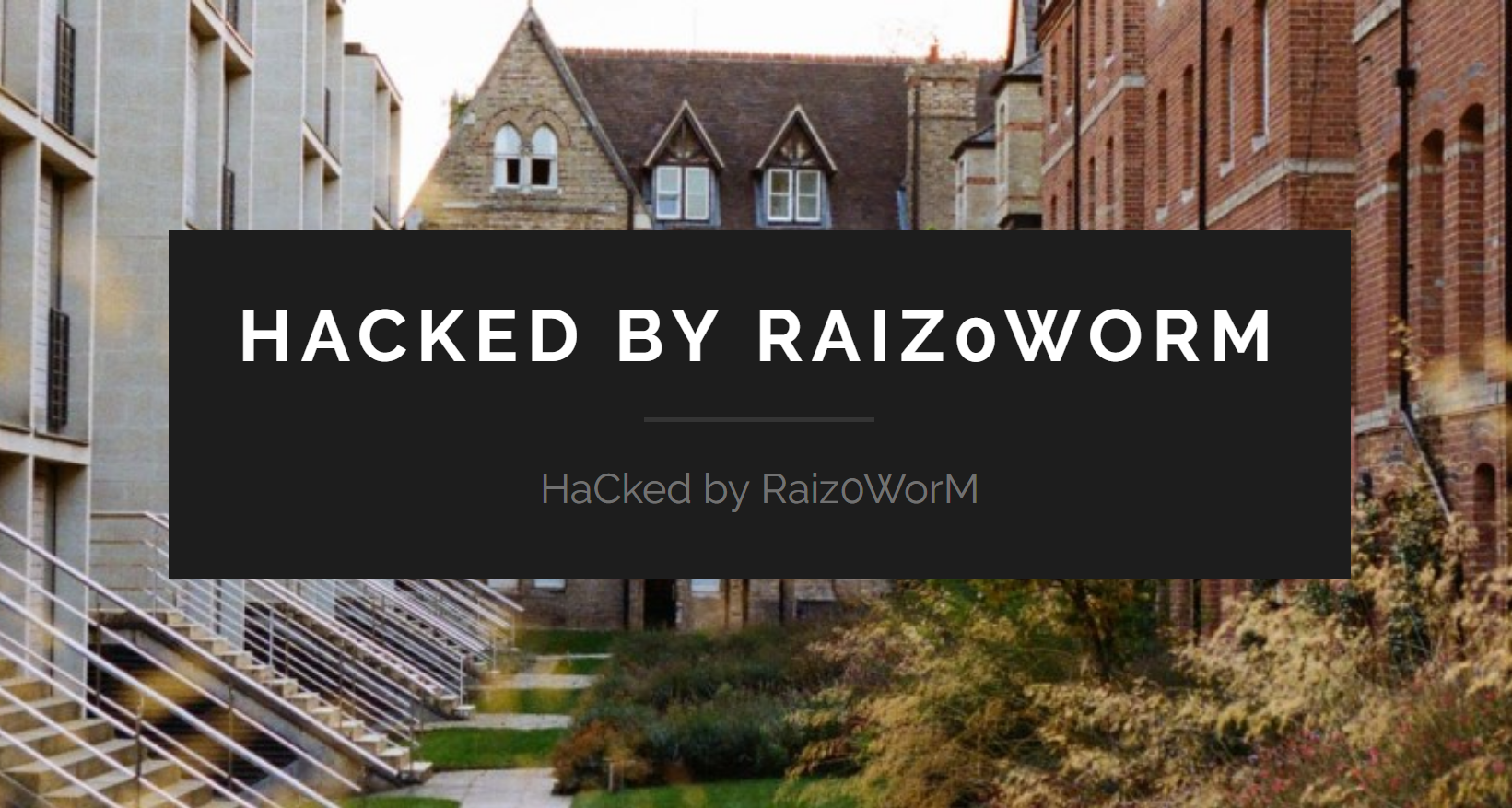 Matthew Rollerhttp://mattroller.contently.com
Matt, a PPE student at Exeter, was the paper's editor for Trinity Term 2018 alongside Fred Dimbleby. Follow him on Twitter: @mroller98
11th April 2018

The St Anne’s JCR’s website has been hacked by a pro-Palestinian liberation group.

The website’s top banner, which originally read “St Anne’s JCR” and “University of Oxford”, said “HaCked by Raiz0WorM” [sic] for a few hours on Wednesday afternoon.

Other than the banner, the rest of the website is unaffected, meaning that students can still access menus for hall, copies of minutes from previous JCR meetings, and the JCR constitution.

Mitty said: “We are in touch with the company who provide our platform, to see if the technical situation is any more complex than mere changing of text.”

The text was changed again later in the afternoon to read: “St-Annes-JCR”.

The hackers’ previous targets have included a Portuguese consultancy firm, a music festival in Grenoble, and Laugharne Township Community Council.

A St Anne’s student told Cherwell: “Obviously it’s worrying. The hacking looks fairly amateurish to be honest, but it’s alarming to think what could happen if a more malicious branch of hackers set their sights on getting in.

“I’m mainly just confused as to why our JCR page would be targeted. I wouldn’t have thought hall menus and tortoise updates would have been top of a hacker’s agenda.”

The hack comes soon after a leading cybersecurity firm found around 200,000 stolen addresses with the ox.ac.uk domain name after trawling the dark web.