The three works, which have never before been viewed by the public, date back to Tolkien’s early years in Oxford 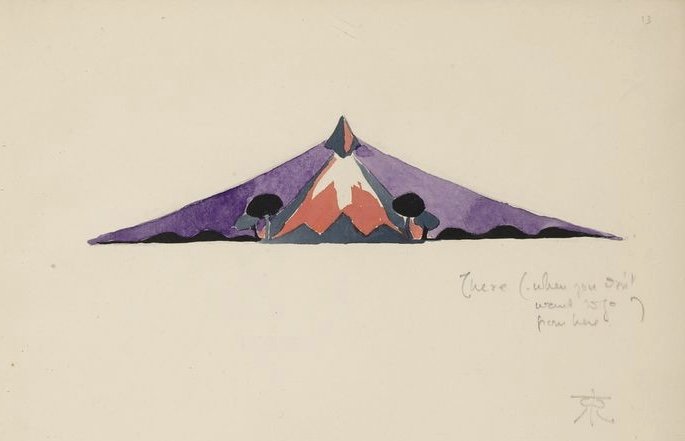 Three previously unpublished artworks by Lord of the Rings creator JRR Tolkien will be displayed publicly for the first time this summer, as part of a major exhibition at the Bodleian Libraries.

‘Tolkien: Maker of Middle Earth’ will feature the three unseen works, along with other manuscripts, letters, maps, and artwork by the author and illustrator, all sourced from the Bodleian’s expansive Tolkien archive.

Scheduled to run from June 1, the exhibit aims to explore Tolkien’s “amazing legacy from his genius as an artist, poet, linguist, and author to his academic career and private life.”

The three previously unpublished pieces include a 1960s stark drawing of bamboo, called “Linquë súrissë.” The title, which translates as “grass in the wind,” is in Quenya, one of the Elvish languages that Tolkien created.

The Bodleian’s Tolkien archivist and the exhibition’s curator, Catherine McIlwaine, told The Guardian: “They don’t relate to his fantasy works directly, but two of them have the Elvish text on them, which links them directly to his writings on Middle-earth, the imagined world where The Lord of the Rings and The Hobbit were set.

“You wouldn’t look at them and think ‘that’s Tolkien’, as you might with his watercolours.

“They show that he was always experimenting with his artwork. He wasn’t afraid to try totally new styles.”

There is also a 1914 abstract painting dating back to Tolkien’s undergraduate years at Exeter College, and an ink drawing bearing intricate geometric patterns and Elvish lettering, sketched on the back of a Merton College meeting agenda from 1957.

McIlwaine said of the 1957 drawing: “It looks to me like a book cover design … Whether he was thinking of creating a new work or whether this was an artefact from Middle-earth, I just don’t know.

“There’s nothing else like it, and there’s no indication of what it might refer to or what he was thinking. That’s [one] for future scholars.”

A spokesperson for Taruithorn, the Oxford Tolkein Society, told Cherwell: “As a society we’re very much looking forward to what will certainly be an immersive visual and literary spectacle.

“As well as the excitement of previously unseen artwork and rare maps & manuscripts, experiencing this collection from archives the world over will be a wonderful way to explore Tolkien’s imagination and stories; we hope it will enable both fans and newcomers alike to appreciate the breadth and depth of Tolkien’s work, and of course to discover something new that they might want to look into further!

“We hope that through the exhibition the Boldeian will be able to inspire visitors by displaying the extraordinary work of one of the University’s most renowned and beloved professors to a wide audience.”

Tauruithorn also confirmed that they have been contacted by exhibition creators for input, and have also been involved in helping to design the Bodleian’s public engagement events which will run alongside the exhibition.

Tolkien spent most of his adult life in Oxford, beginning at Exeter College, where he studied Classics – the ‘Greats’ – before switching to English during his first course. He later taught Anglo-Saxon and English at the University.

He spent his retirement in Oxford, working on The Silmarillion, published posthumously in 1977. Tolkien and his wife, Edith, are buried in Wolvercote Cemetery, Oxford.

The news comes as Amazon announced it is planning to make a TV adaptation of Tolkein’s stories set in Middle-Earth.

Exciting showbiz news! Amazon is going to make a TV adaptation of the fantasy stories of Exeter alumnus JRR Tolkien (1911, Classics and English) – apparently it could be the most expensive TV series ever! https://t.co/9EGDsQIxoy

The Libraries are expecting significant audiences for the forthcoming exhibition, and as such plan to use a ticketing system for the first time in the Bodleian’s history.