Most of the Rhodes scholarship places have previously been reserved for residents of just the US, Canada and South Africa 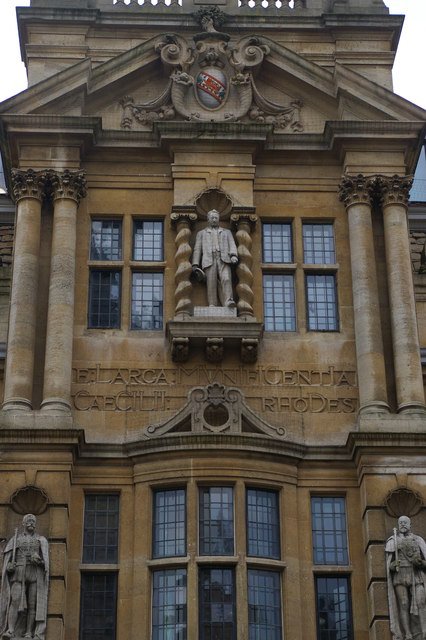 The Rhodes Scholarship will be made available to candidates from anywhere in the world, the Rhodes Trust has announced.

Rhodes Scholarships are currently only available to applicants from a list of more than 60 specified countries.

Recognised as one of the oldest and most prestigious international graduate awards, the majority of scholarships are reserved for residents of just three countries: the US, South Africa, and Canada.

From April 2018, for the first time in the history of the 115-year-old programme, applicants from the rest of the world will be able to apply for the scholarship.

The first two successful Global Rhodes Scholars will arrive in Oxford in October 2019.

In a statement, the Rhodes Trust said: “Opening up the Scholarship programme to powerful minds from all around the world demonstrates the Rhodes Trust’s commitment to be a truly global organisation that re ects the world’s diversity.

“[The expansion] marks a historic moment for the Rhodes Trust, and further strengthens the reach of the Scholarship around the world.”

The expansion of the programme will be seen as a move to modernise the Rhodes Trust, and move it away from the controversial legacy of its founder, the imperialist Cecil Rhodes.

The CEO of the Rhodes Trust, Charles Conn, emphasised the increasing global diversity of the scheme, while also recognising that the programme would mean that for the first time in its history, the Rhodes Scholarship would be available to students from the UK.

Conn said: “As an organisation based in Oxford, we are very excited to be able to now offer the opportunity to British students to join the Rhodes community for the first time since the Scholarship programme was launched in 1903. Students from regions such as Latin America and elsewhere who did not previously have access to a route to a Rhodes Scholarship can now also join our international network.”

The University reacted positively to the introduction of the new scholarships.

A spokesperson told Cherwell: “The Rhodes Scholarships have been important to the University of Oxford since they started in 1903. They have led to many international postgraduate students being able to study here, and we are delighted that the new Global Scholarships allow for their reach to be even greater in terms of where Scholars can come from around the world.”