This revival of the BBC cult classic still packs a punch 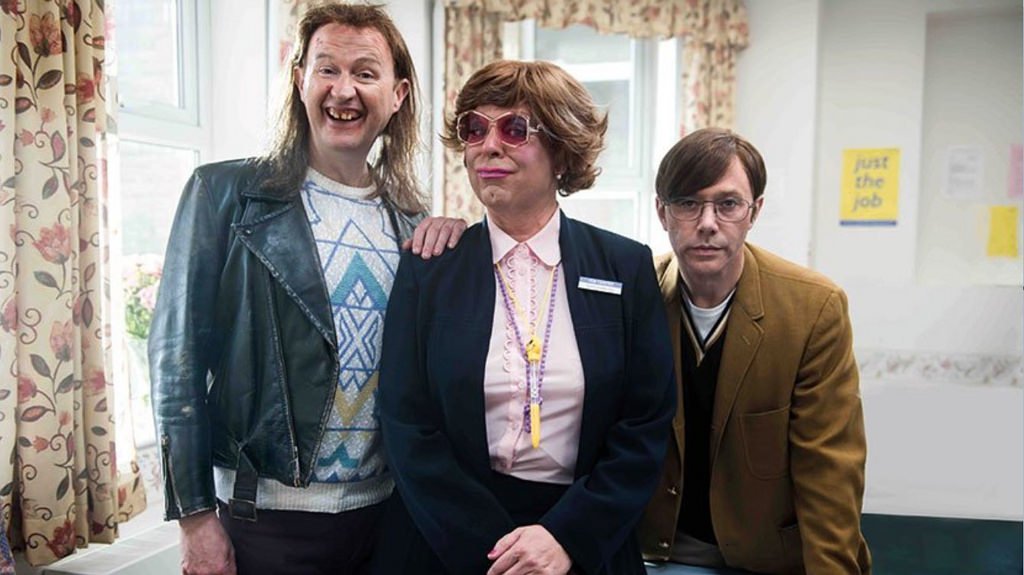 After an extended hiatus, The League of Gentlemen returned to our screens on 18 December. Fifteen years on, everything has changed in Royston Vasey. Pressures on world fuel supplies have led to the dawn of fracking, the LGBTQ+ community have gained a far more prominent role in mainstream discourse, and Brexit has descended upon the United Kingdom. Yet nothing has changed. Pops is just as menacing as ever, Les’ dream of finding musical stardom is just as ill-fated as it was, and the Denton family still adore slimy amphibians and terrorise their nephew, Benjamin.

In their comeback, Reece Shearsmith, Steve Pemberton, and Mark Gatiss have added a healthy dose of biting social commentary to their sketch show. They have created a set of three episodes which resonate deeply with the current political climate and prove that this swansong is not just a self-indulgent daydream basking in past successes, but actually has something meaningful, powerful and incredibly funny to relate to their audience.

The star of the show is undoubtedly Edward, whose love for his own insular community has been moulded ingeniously to parody the parochial, patriarchal patriot who stands up for all things ‘local’. Although Brexit jokes might have saturated Britain’s comedy scene long before this December, his assertion that Royston Vasey needs to ‘take back control’ is wonderfully inexplicable in the mouth of a shop-owning mass murderer, whose ability to dodge death is almost as remarkable as his wife’s coming to terms with the modern absurdities that are accidental live-streaming, texting on the toilet, and Google Maps.

Equally as wonderful are the awkward exchanges which take place in Babs’ Cabs, after the eponymous taxi-driving owner has had a sex change. The offence ‘xe’ takes to Benjamin using female pronouns degenerates into absurdity when Babs is unable to decide which pronoun she herself prefers, though Babs does insist that ACRONYM (Actively Considering Reassignment OR Not Yet Made Your Mind up) describes the community much better than LGBT.

Yet in amongst these pointed nods towards contemporary society, The League of Gentlemen’s return succeeds in doing what it has always done well all over again. Heartbreak and horribly gruesome twists characterise all three episodes. Especially shocking is the reveal that Pauline has now been institutionalised, which has the viewer doing a double-take as they realise that the scene is not merely just another day at the Job Centre, but a desperate attempt to reawaken Pauline’s memory, degenerating as a result of some-unnamed psychiatric condition.

Things get even more painstakingly brutal in the second and third episodes, with several major character deaths which made this author gasp aloud. We are even treated to an attempted resurrection, as through a scene reminiscent of Voldemort’s reawakening in Harry Potter, Harvey Denton’s soul is transported into the body of his maligned nephew.

In between these moments of heightened drama, the quality of the writing stands out as once again superb. The inter-weaving of distinct plot lines marked out the first two seasons in particular, and this narrative tool was again employed to great effect this time around. The mysterious photo-booth served as the over-arching unifier and showed us who was really pulling the strings behind the scenes.

The League of Gentlemen’s return has showed that this deeply disturbing and darkly comical style is a crowd pleaser today as much as it was 15 years ago: if you need convincing try not to be absorbed by the macabre of the bingo scene, in which one wizened pensioner recounts a Thai love-affair. But despite their successes, the comedy trio announced subtly, and rightly, that this would be our last glimpse of Royston Vasey. Benjamin noted to his aunt how he could visit but never stay; just like Papa Lazarou’s circus, Pemberton and co. need to roll out of town once the lights are out, the story has been told, and enough victims have been claimed.