Two images spring to mind when I think of student activism: ‘gap yah voluntourists’ and protests outside the Rad Cam. Give me a couple minutes, and I’ll provide you with crisis relief club nights, like Honeyy’s launch at Cellar, or mental health support fundraisers like Bad Rap’s Dance for SANE. There’s no doubt that activism can manifest in many varied ways, and we’re certainly not lacking in opportunities here at Oxford. There is, however, an issue that underpins most forms of ‘aid’, and the refugee crisis highlighted that to me. It’s clear that the well-intended and crucial work of those who spend a month or two in camps like Calais is largely unsustainable – unless the aim is to sustain thousands of people living in plastic jungles.

Last year, Tiara Ataii, a first-year at Cambridge University, set up a charitable initiative named SolidariTee. As a volunteer interpreter herself in Calais, Dessau and Chios, the “legal limbo” she encountered was a cruel shock. She decided to invest her student loan in the making of slogan t-shirts that she then sold around Cambridge, ultimately raising nearly £4000 for Advocates Abroad. At first glance, the concept is a simple fundraiser, similar to any other student fundraising initiative that fleetingly engages the privilege of some for the benefit of others, yet the team managed to organise a photo campaign and a ‘SolidariTee day’ where all those who had purchased a ‘SolidariTee’ wore it. The streets of Cambridge and all its social networks showed unity and support, and the campaign became not only a practical one but one with great sentiment too. In addition to this, the money was sent to a charity that directly helps refugees whilst constantly looking to the future.

Advocates Abroad is an NGO which provides legal representation for refugees in Greece, Italy and Turkey. It’s a team of field and remote lawyers and interpreters from all over the world. Since it began in early 2016, the team has run 120 field missions in four countries to asylum seekers from more than 25 states and nations around the world. Whilst other organisations and independent volunteers vitally distribute the flood of food and clothing donations, Advocates provide legal and non-legal aid for groups or individuals, host information sessions and circulate multilingual ‘know your rights’ leaflets. They respond to, and report, human rights abuses and legal violations, provide support in asylum interviews and encourage appeals, as well as providing court representation for asylum related claims in Greece. Recently, they’ve started a Medical Advocacy Team of doctors, lawyers and interpreters that support patients and ensure they receive the medical attention they are due in public hospitals and clinics in Greece. Essentially, Advocates Abroad fight the long-term issues. It goes without saying that it’d be impossible to do so without the foundation of short-term support provided by those spending their summers volunteering, but in order to progress durable solutions across the board must be guaranteed.

This year, the SolidariTee campaign has spread to universities across the nation. The fundraising concept isn’t novel but it certainly is unique: the design on this year’s T-shirts comes from a meeting between an Afghan man and an Advocates lawyer in Chios. It’s a map of his life; where he was born, where he trained as an army officer, where he was captured by the Taliban. It’s personal, as everything referring to such a horrific humanitarian crisis should be.

Each T-shirt sells for £10, the cost of one night of accommodation for a field lawyer, the cost of 24 hours of potentially life-saving expertise. Advocates, like many similar NGOs, focuses on only a part of the struggle of refugees and asylum seekers. The truth is that without a combination of short term relief and long-term aid there can be no resolution; but we must not lose sight of the ultimate goal no matter how far off it seems, as it can often be closer than we think. 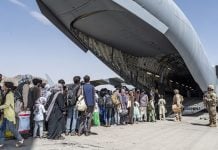 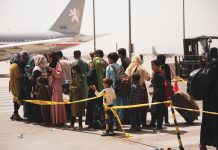 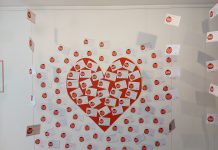 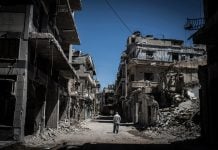