New College reportedly intends to build a new accommodation block overlooking Mansfield. They also intend to build a tower – above the height of Carfax tower – on the corner of Saville and Mansfield road.

The accommodation block will be built just two metres from the Mansfield perimeter at the nearest point.

New plans to spend around £2.5 million on the tower, which will house an ‘Institute of Philanthropy’.

The entire project is expected to take around four years with a projected cost in the tens of millions. Mansfield are expected to put in an official planning objection.

However, it shaping up to be something of a David versus Goliath battle. Mansfield is one of Oxford’s smaller and poorer colleges, while New College is far larger and wealthier: as of June 2015, it had a financial endowment in excess of £190 million, and net assets of over £220 million. In 2016, Mansfield had an endowment over around £14 million.

Questions have been raised over the timing of planning application, which is set to be lodged in December. Students suggested that with 30 days allocated for response, any objections will be hindered by the vacation.

The plans will not go public till next Thursday. This means most Mansfield students will be leaving Oxford for vacation only days after. This is likely to inhibit what is expected to be a considerable response from the Mansfield student body.

Mansfield members have alleged that the building works will lead to significant disruption within the college. JCR president, Joe Inwood, suggested that the issue concerns “being a good neighbour”.

He noted that Mansfield has only just established a large on site community, and have recently “begun to flourish as one of Oxford’s newer, poorer, but also more representative, colleges. While their far wealthier neighbour is constructing a large disruptive development”.

The accommodation block will provide New College with 70 additional rooms. Inwood suggested that New’s decision was an “ostentatious demonstration of wealth”. He described the plans as New “spending four years on a literal ivory tower and quad to the great disruption of their poorer neighbours”.

Particular concerns were raised over the noise pollution the project will create. The groundworks, a particularly loud part of the building process, will run from Michaelmas 2018 to Trinity 2019.

The overall construction will not be finished till at least 2021 and so will affect Mansfield finalists sitting exams in 2019, 2020 and 2021. Moreover, some Mansfield students take exams in college in rooms only eight metres away from the projected construction site.

Daria Lysyakova, incoming president of Mansfield JCR, told Cherwell: “I am deeply concerned with their building works disturbing Mansfield students, particularly during exam periods. The building site will of course be disruptive on a daily basis but… perhaps the worst consequence is that it could have a serious impact on Mansfield students being able to revise for their prelims/finals in their college rooms.

“I’m further concerned with how close they have moved the school ‘assembly room’ (actually a music room) to our boundary and think that this could cause disturbance to our college long after the building works are complete.

“Their uncompromising approach to this project puts Mansfield in the very poor position, where it is clear that all of our undergraduates living on site will be strongly impacted by the building works, but we are unable to get our concerns heard or appropriately addressed by the planning committee at New.”

Mansfield students have also raised concerns about their level of privacy within college accommodation. Rooms in the planned New block will look into Mansfield’s rooms. In response to Mansfield raising this issue New College promised to take measures to obscure the view.

However, such measures will only be effective for students sitting at their desk, with New College defending the decision by claiming “people don’t tend to stand in their rooms for extended periods of time”.

New College’s Warden told Cherwell: “There has been close consultation with Mansfield College as the project has developed. Oxford building projects are always likely to inconvenience neighbours.”

“We are ready to do whatever is necessary and practical to minimise disruption. Our architects and advisors are very clear there is no issue of over-looking. The really important issue here is that by housing all our students in college we will be taking significant pressure off the Oxford housing market which benefits all students, and I hope it will be possible for people to see that big picture.”

Inwood questioned the efficacy of building a tower, a large quad, and a music hall as a way to take pressure off the Oxford housing market.

Conleth Burns, New College JCR President, told Cherwell: “The New Quad represents a unique and exciting opportunity for future New College students. The New Quad will include: one of Oxford’s first fully accessible towers… state of the art study and teaching facilities and a brand-new arts and performance space.

“I’ve been in close contact with the JCR President at Mansfield in the past few weeks seeking to understand the concerns of Mansfield students better. I will be feeding these concerns into the planning process going forward. I am confident that Mansfield College and New College can be and will be good neighbours throughout the development of the New Quad.”

Mansfield student Josh King, said: “It seems the management at New College have little consideration for the effects their actions will have on others. This new development will subject those at Mansfield and Wadham to constant noise pollution for at least four years, including throughout revision and finals.

“It is ironic that New College are building a Philanthropy tower to teach people about the rich helping the poor – when a rich college is exploiting the weakness of a poorer college.” 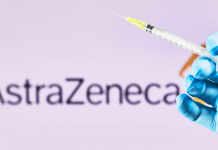 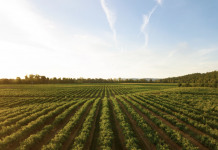 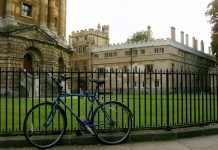 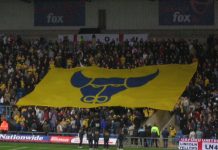