Jamaican author Marlon James’ 2015 Man Booker Prize winning novel, A Brief History of Seven Killings, is an epic in the truest sense of the word. The first book by a Jamaican author to win the prize, it spans three decades of Jamaican history and legend. It tells the story of the attempted assassination of Bob Marley and the gang-related violence tearing Kingston apart, even as the CIA moved in for fear of the Island falling to communist powers, in the wake of an influx of guns and an increase and escalation of violence that is both political and gratuitous.

This book took me two years, on and off, to finish. It is a complex, twisted spiral and haemorrhage of places, characters, accents and deaths and simply trying to keep track of who hates who, who fucks who and who eventually kills who is exhausting.

Each chapter is written from a certain character’s perspective, and James has an uncanny ability to throw you deep into the heart of whichever character’s turn it is to tell the story. His command of language is simply unparalleled in comparison to anything I have read before or since; he manages purely through language and dialect, not just in speech but in prose as well, to tell you everything about the characters that present themselves.

With countless levels of Jamaican patois, you can determine a character’s intelligence, education, social position and aggression, before the story seamlessly turns to an American CIA agent, equally wellrepresented, or a British ghost, or a gay hitman from New York, taking breaks from screwing up his contract with his lover in a tenement block.

Kei Miller wrote in a review for The Guardian that “this is a novel that explores…the aesthetics of violence”, and this seems true of a book compared many times to the work of Quentin Tarantino. It is an unashamedly violent book.

It does not shy away from confronting anything, and the hyperreal descriptions of violence, sex, drugs and murder are painfully vivid. It’s a book you have to put down every now and then just to get a break from James’ twisted and detailed reimagining of a series of events so shrouded in secrecy that they became myth, or to refamiliarise yourself with one of the 75 characters presented in a list at the beginning. The ambition and scope of this book is astonishing, pick it up if you have lots of time and few sensitivities. 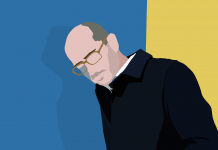 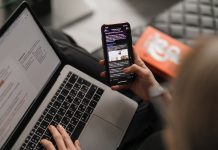 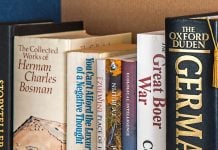 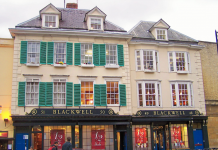