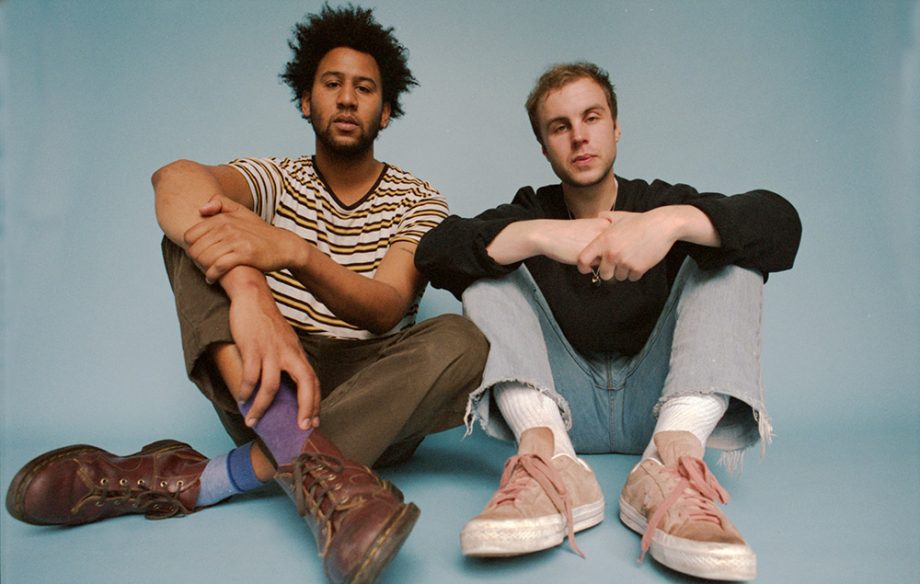 Facebook
Twitter
It’s been five years since the midlands rock scene sprung back into prominence, with triumphant debut tracks from brummie indie rockers Peace and Swim Deep. And it shows no sign of dropping back following this startling second album from Superfood. Bambino paints a picture of a much more controlled and self-aware outfit than that portrayed by its predecessor, thoroughly in tune with the direction and pace of the modern British music industry.

There is nothing more exhilarating in music than an artist fulfilling their potential, particularly after a disappointing debut, and nowhere is this more applicable than here. First coming to attention due to their frontman’s role as producer of early demos for the aforementioned Peace and Swim Deep, Superfood’s debut album Don’t Say That failed to replicate the success seen by other midlanders, receiving a one star review in Cherwell in late 2014 (which, I have to say, feels a little harsh). Halving their member count for the follow up, the two-piece’s sophomore album is filled with infectious melodies and luscious lyrical delight, drawing and improving upon their earlier work with a genre-defying, feel good vibe.

Superfood’s signing to Dirty Hit Records – those behind The 1975 and Wolf Alice – comes as no surprise, nor does their tour later this year. Bambino draws on releases from Tame Impala and Glass Animals releases. These frames of reference, however, feel a disservice as Bambino is a resounding success as a piece of artwork in its own right.

The potent album opener ‘Where’s The Bass Amp?’ sets the stage for this with a filthy bassline and fear- less samples, signalling confidently the bold and groovy record that is to follow. Whilst not losing their Britpop influence, Superfood shift away from a boring Blur or Oasis remake, towards a much more contemporary and original sound, making reference to jazz and funk. They even sample ska on the brilliant track ‘Unstoppable’, which many will consider the album highlight, packed with boozy lyrics and a formidable beat. ‘Natural Super-soul’ follows, treading delicately with soulful, woozy, yet self-assured lyrics with a true 90’s groove backbone. A personal favourite, ‘Raindance’ turns through a multitude of genres with an invigorating beat, infused with grungy nostalgia plus a funky, Jamiroquai-esque sound. The critically adored early first single ‘Double Dutch’ calls back on this nostalgia, its laid-back jazzy tone colliding into trip-hop. Three very smart instrumentals, culminating with ‘C Is For Colour’, truly bring the LP together into a complete singular en- tity. Whilst the dazzling intensity of the opening few numbers drops away at times into the second half of the record, it maintains its core project of carefree relaxation, right through to the end. Bambino’s closer, named ‘Clo Park’, contains a coolly executed guitar solo, evoking a euphoric laying in the grass vibe.

In contrast to the resurgence of guitar music in recent years, Bambino is not just another drug-fuelled guitar pop album. It may not contain a political statement or manifesto, nor is it as backwards looking or as downhearted as some of its lyrics suggest. It is however, an instrumentally diverse, heartwarming and life affirming tribute to youthfulness; intelligent, daring and brash; full of bright and loud colours and with a much bigger bite than their previous output. It’s just what the doctor ordered going into the short, cold and wet autumnal days, and a definite dark horse for the award season in the new year. 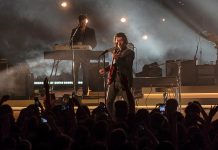 Arctic Monkeys’ “Whatever People Say I Am, That’s What I’m Not”: 15 Years On