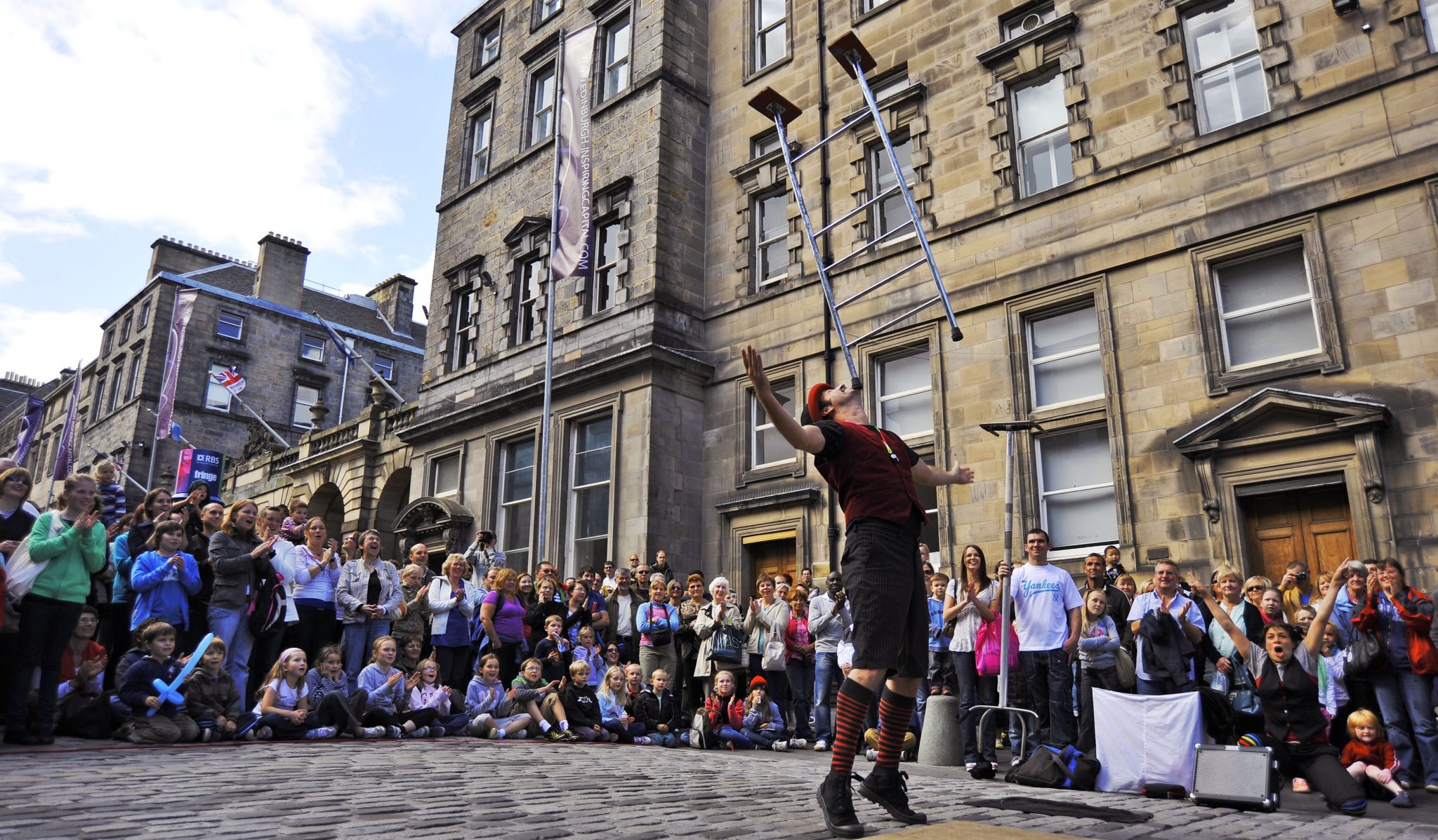 The Edinburgh Fringe boasts every possible kind of performance. During my week there
this summer, I saw everything from a ninja card show to a polished musical with one bellowing drunk actor. But by far the most commonly-advertised kind of show was stand-up comedy – and it soon became evident that the Fringe’s unfailing variety was present even within this most competitive of categories.

Rather than shifting endlessly between topics and jokes, the first stand-up show I saw followed a single extended anecdote. Tom Goodliffe’s quest to visit 60 independent London
coffee shops in a day makes for cosy and relaxing storytelling. While not consistently laugh-out-loud funny, Goodliffe’s earnest and friendly manner left me irresistably invested in his story of a hipster pilgrimage across the capital.

Gráinne with a Fada

Gráinne Maguire offers a far more classic stand up show. She weaves anecdotes from her childhood together with political comment, in an effort critique how those who try hard – and particularly those who must, like immigrants and women– are disliked, and caught in a double-bind. The show starts slowly, but gains momentum, flowing wonderfully. Maguire’s
light, self-deprecating humour is warming and a joy to watch.

Combining DIY, cooking and comedy, Egg’s show is truly remarkable. As he demonstrates
how to cook using a wallpaper stripper, drill or bucket, he speaks with a humourous charm, rooting his eclectic show in a compelling narrative, and creating a wonderfully upbeat atmosphere. Combining lighthearted anecdotes and poetry, Egg’s comic timing is flawless. (And his food delicious!)

Boyle’s new show is outrageously funny, consistently leaving the audience in stitches. The material is tight: he wastes no time between jokes – although, at times, this comes at the
expense of flow. He deftly addresses salient issues through humour, tearing apart people’s fear of refugees through a bit about a Brummie offering to pop down to London by bus to carry out a terrorist attack, and being told that Ahmed, currently floating across the Mediterranean on a mattress, “has the Brits exactly where he wants them.” As is to be expected with Boyle, the jokes that rely on shock factor become tiresome, but overall Prometheus is truly entertaining, with masterful delivery and vivid language.

Khorsandi’s show is remarkably informative, weaving together the history of Emma Hamilton, best known as Nelson’s mistress, with candid personal anecdotes. She interrogates the issue of female autonomy, examining how far we have come, and have left to go, in terms of the position of women in society.