From Cherwell‘s guide to Oxford freshers’ week 2017, Keep Off the Grass.

The King Arms claims the title of Oxford’s most famous pub. Like many a metropolitan watering hole, ‘the K.A.’ (as it is affectionately known by some) succumbed long ago to the clutches of the gastropub chain Youngs. Yet it still does a pretty good job of masquerading as an independent ale house, with dark wood panelling, rich leather sofas, and pictures of the Queen Mother pouring a pint. The pork pies are good, and the scotch eggs better. But don’t expect a great deal more in the way of food if you’re arriving late at night.

Drinks will seem relatively more expensive depending how far north of London you come from, but moaning about the price of a pint can sometimes be an effective conversation starter in first term. And don’t worry too much about your overdraft; the high cost of a night at the KA is only remunerated with their Sunday night entertainment. To be more specific, the Conservative Association’s Port and Policy after-party. Sit back and relax as the suited and booted MPs of the future get pissed on half a cider, and fall into a coughing fit after bumming their first cigarette from a proletarian.

While the King’s Arms sits proudly on the corner of Holywell Street, Oxford’s second biggest central pub, Turf Tavern, is a tad harder to find. Hidden away behind Hertford College, with a secret entrance under the Bridge of Sighs, the Turf claims to be the city’s oldest pub. Though the Kings Arms’ famous visitors are displayed on its walls in 35mm glory, the Turf uses the slightly dubious method of writing about celebrities and their exploits on chalkboards around the pub. With quite a bit of “allegedly” and “apparently” thrown in, it claims to be the place where Bill Clinton “did not inhale” cannabis.

The tavern’s rather pokey interior is made up for with its charming outdoor veranda, which importantly includes overhead heating in the winter. Don’t expect to stay long though—Turf closes at a measly 11pm.

If you’re a pubber not a clubber, life can be difficult. While your happy go-lucky (and often lightweight) friends brave the cold of the Bridge queue and dance into the early morning, you might find yourself being kicked out of the pub before you’re ready to call it a night.

But despair not. Make your way over Magdalen Bridge to the magical Half Moon (its main mystical quality being that it stays open until 2am). It will take you back in time, in a good way. There’s a jukebox for punters, and don’t bother flashing your AmEx at the bar staff. They only take cold hard cash for their bizarrely named craft ales. Though you might not be able to smoke inside, the doorway in which you’ll puff away is so narrow you won’t be able to tell the difference.

Oh, High Street. The place where everything seems to be both a little bit more expensive and a little bit shitter. Chequers is another early closing pub, which is only accentuated by the fact it will take you an age to locate the alley it’s hidden in. This is a pub with few student regulars, but at least while in there you and your friends can play a game of ‘spot the college crest’. Beware though: the renditions vary in quality.

Otherwise known as Wetherspoons, or ‘Spoons’ for short. £2.40 lager? Yes please. Nobody knows how they do it, but this nationwide gastropub franchise manages to provide cheap ale for all, and Oxford is no exception. In The Four Candles, a delicately preserved townhouse, you can touch base with townies, eat a lukewarm £5 burger, and drink G&Ts on the cheap. But good luck finding a seat in here at the weekend.

This piece is from Cherwell‘s guide to Oxford Freshers’ Week 2017, Keep Off the Grass. Pick up your copy from your freshers rep or pidge room at the start of term. 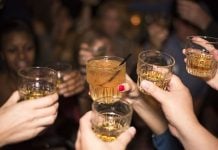 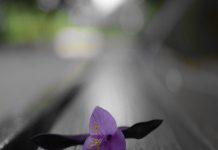 Loneliness, and why we need to practise talking about difficult things 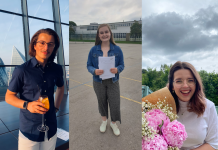 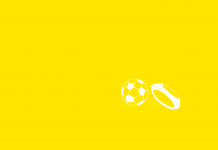 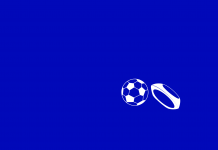