CherwellIndependent since 1920.
Culture Class and conflict in the works of Leonora Carrington 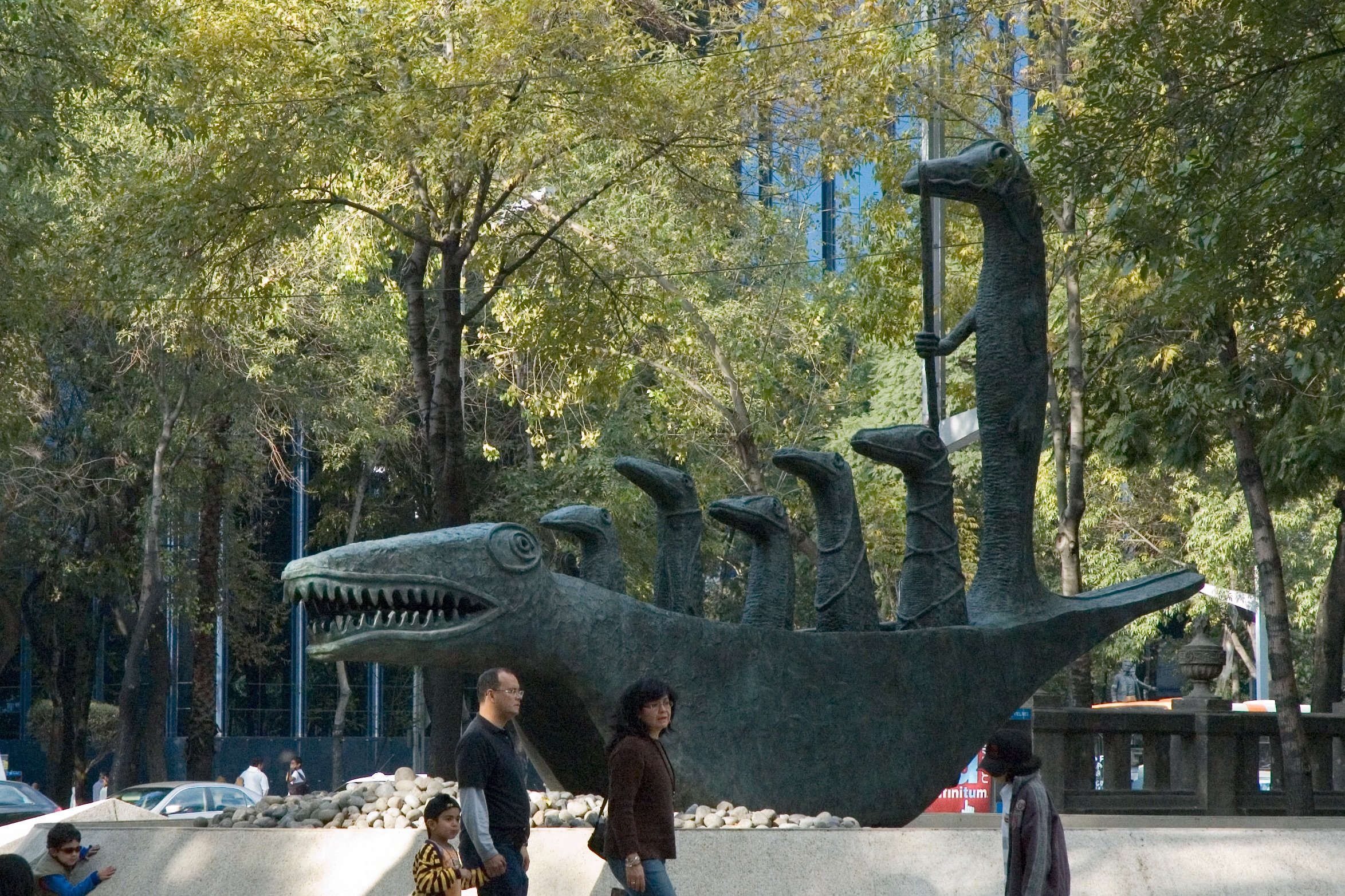 2017 marks the 100th anniversary of Leonora Carrington’s birth, and her native country is keen to reclaim this celebrated English Surrealist. In recent years, a retrospective at the Tate Liverpool, a new biography, written by her cousin Joanna Moorhead, countless celebratory Guardian articles, a beautiful new edition of her short stories published by Silver Press, and even a Google Doodle, have all brought Carrington back to Britain, drawing her genius back to the motherland with reverence and adoration. Yet her life and paintings are testament to an opposite and opposing journey, that of an artist that spent her life trying to get as far away as possible from the England of her youth.

A photograph from 1934, showing Carrington being presented at the court of King George V, could be a still from a Tim Burton film for its gothic and unsettling aesthetic—yet for the then 17-year-old, this was not a spooky set, but a real-life nightmare. She stands next to her mother, silk train puddling round her feet, and stares directly at the camera, a look that sends a desperate plea for help across the decades. The image marks the alternate life that Carrington could have lived, her pale gown and porcelain skin dissolving into the matching rococo wallpaper, another talent subsumed by the stifling convention of the English class system.

This was a woman that, even at an early age, found the bounds of upper-class English society excruciatingly restrictive. After being expelled from two boarding schools and a French finishing school, she followed the path of many a rebellious teenager, by defying her father and enrolling in art school. She was forcibly cutting her ties with the British elite, yet, in doing so, she also waved goodbye to financial support and security: the price of freedom was being cast adrift.

This difficult choice, and the sacrifice required to gain true autonomy, are expressed in ‘Self-Portrait (Inn of the Dawn Horse)’ (1937-8), the first painting where we see Carrington’s distinctive style come into its own. She paints herself as the young English rose at leisure, trussed up in her riding habit and perched on her boudoir chair. Her hand, however, stretches to the lactating female hyena at her feet: though the world she inhabits might be ordered and superficially beautiful, she is drawn to the rawer, uglier, and wilder side of femininity. Through sickly yellow damask curtains, painted so realistically we can almost smell their musty mothball aroma, the white rocking horse becomes a real creature outside of the gentility of the home. It’s a Pinocchio narrative turned on its head: in the fairytale it is obedience that turns a wooden toy into a real being, whilst in Carrington’s life, it was breaking the rules that allowed her to truly come alive. She disobeyed her father in pursuing painting, which led to her meeting—and falling in love with—Max Ernst, and eventually, by way of France and Spain, arriving in Mexico, the country she would adopt as her true homeland.

Nevertheless, even in the left-wing, creatively fertile Mexico of the 1940s (Frida Kahlo was an acquaintance), Carrington still mined the aristocracy for its rich comic and satirical potential. In ‘Bird Pong’ (1949), two upper-class women are engaged in a game of ping pong whilst their children play in the corner, the manicured gardens of a stately home glimpsed through the window. Yet they accessorize haute-couture millinery with feathered bodies and bare feet, and instead of balls they rally with tiny birds that seem to burst into feather as you watch. Their cruelty in hitting the minute creatures with bats is complicated by the fact that they themselves seem avian. These successive, perpetuating layers of cruelty and captivity perhaps evoke the way in which aristocratic women imposed ownership on others, yet were simultaneously owned themselves by husbands and fathers.

Some may argue this is trying too hard to read Carrington’s autobiography in her work, and in fact her paintings were meant to live in the dynamism of incomprehensibility and irreverence, forever evading narrative. Yet part of the unique joy of her art is the way it can function as a stimulus for flights of fancy: each image, with its vivid characters and arresting landscapes, could spawn a film franchise, complete with new fantasy species, fan theories and a sprawling, encyclopaedic IMDB page.

Take ‘Hunt Breakfast’ (1956), another painting born from the bourgeois rituals of Carrington’s youth. In a forest rich with tiny, luminescent creatures, a prim and proper Edwardian gentlemen stands beside a phantasmagorical, triangle-headed figure, as they sit down to a post-hunt meal. A mixed-race marriage, a questionable dowry, the leisurely meal of the rich about to be disturbed by the teeming forest they have tried to exploit—stories abound, various and simultaneously possible. Susan Aberth, writer of the first book in English to survey Carrington’s life and oeuvre, noted that in her art “meanings have always been permeable and shifting, encouraging multiple levels of perception”. Yet in this nebulous space, one thing is certain: Carrington’s England never truly left her, and therefore, it could never escape her eviscerating, uncompromising artistic gaze.