An open letter to the Vice-Chancellor has called for Oxford’s renewed commitment to the safety of cyclists in the city centre.

The move comes after Claudia Comberti, a DPhil student at the Environmental Change Institute, was run over and killed on Tuesday 9 May by a bus on Botley Road.

An inquest led by Coroner Darren Salter found on Wednesday: “When the lights changed she lost balance and fell sideways and was run over by the bus.”

The open letter, along with a petition addressed to Vice-Chancellor Louise Richardson, asks for the University to restate its position on asking for the University of Oxford “to state its official position on road traffic to the Oxfordshire County Council as no private cars or motorbikes [should be allowed] within the area of town bounded by University and college property.

“Clearly marked and wide cycle lanes on all major roads throughout the Oxford area; and Physical barriers, such as kerbs, between cycle and vehicle lanes.”

At the time of writing, the petition had received in excess of 2,400 signatures. It also received public support from Sebastian Comberti, Claudia’s father.

He said in a statement: “If my beloved daughter’s death could achieve any possible good, it would make my heart very slightly less broken.”

Broken Spoke bike co-operative, with which Comberti was involved and which is looking to improve the safety of cycling in Oxford after her death, said: “Claudia was a friend to us all at the Spoke, and a much loved member of our community. She embodied that which we try to create and nourish—a love of the world and its people, the outdoors, a zest for life, of living what you believe.

“On Friday something incredible happened—the biggest mass bike ride Oxford has ever seen. They came because they could no longer accept the danger we face when we ride our bikes on the roads of our city.”

“The feeling of strength, visibility, solidarity was palpable. We created safety in our numbers, a temporary space for ourselves to cycle without fear. We rode for three hours. It was an unprecedented and unique event.”

“During her doctoral studies she lived and worked extensively in the Bolivian Amazon amongst the Tacana II peoples, and she leaves many friends and memories there. Our thoughts are with Claudia’s family, friends and colleagues at this very sad time.”

Speaking to Cherwell, an Oxford University spokesperson said: “The sympathies of everyone at Oxford University are with all those affected by the tragic death of our student Claudia Comberti last week, and we applaud this campaign’s efforts improve safety on Oxford’s roads.

“Cycling safety is a priority issue for us, and we offer our students and staff free cycle safety training and discounted D-locks, lights and arm bands. We regularly meet with Oxfordshire County Council to give our feedback on their transport plans, and to lobby for improved facilities for cyclists in Oxford.”

The campaign group End Cycling Deaths in Oxford, said: “The University is the dominant force in this city and gives a huge amount to it. It is in a strong position to ask for changes—and only through material changes can we prevent the loss of yet another life.” 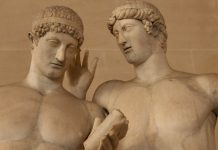 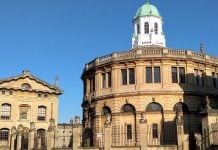 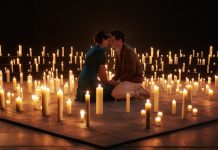 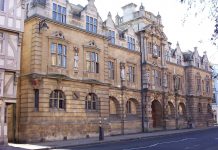 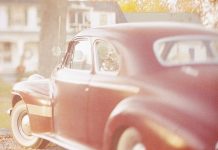