Comments verged wildly between polar op­posite opinions. Many views criticised the left in Oxford for dominating popular opinion, an observation that aligned with our findings that students identifying as right wing, or centre-right, were more likely to be concerned about a loss of freedom of speech in Oxford.

On the Union, and student protest, one student, identifying as centre-right, said that “some people don’t seem to realise the irony of their position: how can you stand for tolerance and equality yet violently protest speakers from expressing their views? If views are challenging to some, they can be shot down legitimately in debate, not barred from conversation. Branding and labelling have become far too important due to snippet news on social media, which makes it easier to propagate myths about some speakers and their views without engaging in their thought”.

Comments from those on the right also accused the left of suppressing conversations that disagreed with a left-wing point of view.

One right-wing student said: “Since the left won the culture war, there are certain things that it has become taboo to stand up for, and that incur ridicule or ostracism when said. Praising traditional family structures, being proud of British history, saying that perhaps who you want to be should not need to impact who I want to be: these are all things that on campus see one branded as a radical, as a sex­ist, as a racist.”

Some accusations were levelled at OUSU, and student-run groups like Rhodes Must Fall, for stifling opinions that were not perceived as left wing.

One student, identifying as a centrist, argued that “OUSU is motivated to oppose free speech, mitigated only by the fact that nobody takes them seriously”.

This wasn’t just a concern from the right-wing contingent of the student body. One left-wing commenter argued that “the left-wing is becoming what it has fought against for so long. I am about as liberal as you can possibly get, and I don’t think we should shut down Germaine Greer or Katie Hopkins or Corey Lewandowski or Marine Le Pen. Their right to speak their mind must not be banned—instead, their ideas should be allowed to rot and die from the arguments of those who opposite them.

“And yes, I do believe disinviting a speaker from a university is banning a right, even though universities are not parts of the government. This is because I think of univer­sities as beacons of free expression and free speech. Once you remove that, the destruction of expression follows easily.

“At Oxford, I feel like my college is par­ticularly toxic when it comes to this. Nobody would even ever publicly consider inviting someone who might not be an ultra-liberal. Nobody would ever speak out against a ridicu­lous, authoritarian, yet left-wing JCR motion because they would get eviscerated, both verbally and socially. So we just let everything pass. Well, it seems to me the left-wing is be­coming what it once fought against. We have students keeping silent pre-emptively so they don’t happen to say the wrong thing, offend someone, and end up being ostracised.”

Some students even reported being afraid to express their opinions, arguing that this constituted a lack of freedom of speech in Oxford.

One student, identifying as a centrist, said that “There is no longer free speech in Oxford, no debate can be had unless it supports a left-wing agenda. If it does not it is shut down by the minority who state that it is in all our interests that no other viewpoint is accept­able except their own.”

Some comments were careful to draw the line between a loss of freedom of speech, and a bias against certain viewpoints. One centre-left student commented: “I feel as though the censorship I have faced has been much more passive and coercive than an outright ‘ban’ on saying things. I wouldn’t feel comfortable expressing some of my views at university be­cause of the culture that has been created, but this does not necessarily mean that I am not free to say them, rather that I would choose not to in this context.”

Opinions on the left generally disagreed that freedom of speech was under threat in Oxford, and had strong opinions on no-platforming and student protest.

Some respondents were of the opinion that popular media outside of the university has a bias against right wing opinions. One left-wing student stated that “the idea that free speech is under threat in UK universities rests on a complete miscomprehension of the concept and a media commentariat willing to spin anything into yet another caricature of the student left (along with an audience that’s been made to believe this is a real issue and will accordingly eat up such stories).”

Others disagreed with the assertion that freedom of speech could be infringed upon by students, the University or OUSU.

One left-wing student argued that “freedom of speech can only be infringed by the govern­ment”.

Some even disagreed with the premise that freedom of speech should be a high priority for students, another commenter going as far to argue that “free speech is the most over- hyped principle of our generation”.

Overall, the statements we received embodied the tension between the left and right view on freedom of speech, dividing our sample of the student body along ideological and political lines. 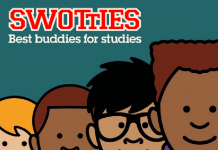 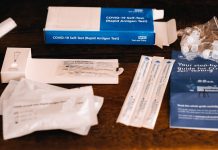