Susanna’s path to success was an unconventional one—she explained her difficulty in finding a screen industry job in the years following her graduation from both Oxford and UCLA, the latter of which she was awarded a Fullbright scholarship to attend. When asked for her advice for aspiring filmmakers, White emphasised the importance of willpower above all else—“people get there by determination one way or another”.

As the proud director of an array of vastly different films and television series, Susanna has led the production of both documentaries and drama, including Tell Me the Truth About Love, a moving exploration of the life of W.H. Auden. Susanna described documentary-making as a looser, more freeform film discipline, and attributed the strength of her later dramatic work to the emotional structuring lessons she learned from such documentaries.

The BBC’s adaptation of Bleak House is a project of which Susanna is particularly proud. She talked at length about her gripping soap-opera style direction of the series, in which close-ups and profile shots were innovatively employed to accentuate Dickens’ larger-than-life characters.

Character itself was a theme of the evening, be it Susanna’s praise for the imaginative depth of Nanny McPhee’s child actors, or her decision to emphasise emotions rather than explosions in HBO’s Generation Kill, a choice which sets the series apart from regular war-flick fodder. Reflecting on the eclectic mix that is her back-catalogue, Susanna commented “I guess there’s something iconoclastic about my filmmaking—I like throwing things up in the air”.

Susanna also discussed her current project, Woman Walks Ahead, an 1800s-set drama about a painter who leaves New York to find Sitting Bull and paint his portrait. Starring Jessica Chastain opposite relative unknown Michael Greyeyes, Woman Walks Ahead is currently in post-production.

Susanna closed by wishing all in the room the best of luck with any future filmmaking endeavours, noting that there is no single path to success, rather there exists instead an industry with endless opportunities. In all, it was an evening as inspirational for budding filmmakers as it was interesting for casual movie fans. 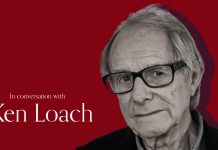 In Conversation with Ken Loach 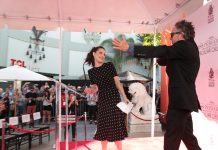 The Muse in Film: Winona Ryder and Tim Burton 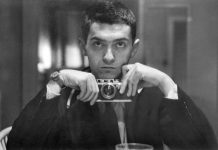 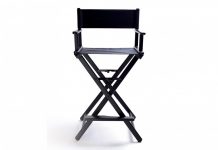