CherwellIndependent since 1920.
Blogs My date with Theresa May 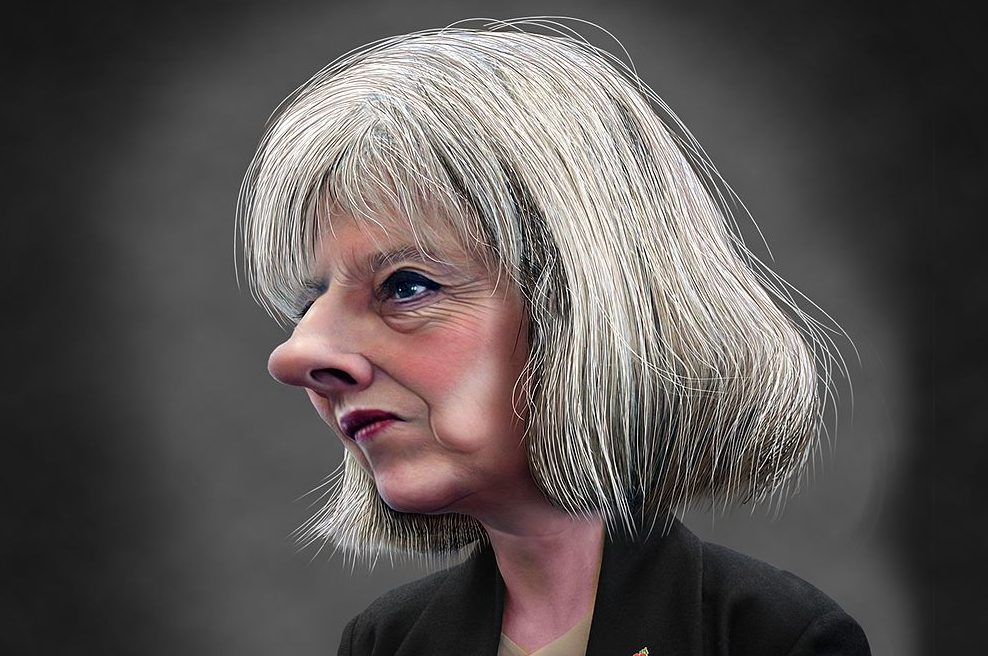 As you might imagine, I was incredibly nervous. Even more nervous than usual, actually, because I’d needed to drop my tendency to be ‘fashionably late’ to dates since this was the Prime Minister, and I knew that I was nothing but a narrow line in her day’s schedule. Being late would have lost me everything. Though, to be honest, it’s my vote she needs now. Hopefully electioneering will delay her a few minutes. I pick a table in the darkest corner of the café, and attempt to calm down. Suggesting how many Theresas I know could be a conversation starter. I try to think of as many Theresas as I can. Saint Teresa of Ávila, Mother Theresa, Teresa (or ‘Tess’) of the D’Urbervilles, Theresa Villiers (the less significant Theresa in the Tory party)—

The Theresa arrives just as my mind game starts to run dry. She produces a wry smile, and I stand up to shake her hand—or should I grab it and hold it like Donald Trump? But she goes in first and I offer nothing but the ‘dead fish’.

Before we read the menu, I compliment her on her dress sense, pointing out her fashionable leather flared trousers, the well-trimmed navy blazer patriotically accompanied with a white blouse and crimson silk scarf. She smiles reassuringly, and gives a modest thank you, avoiding any comments on my less remarkable, and certainly less expensive, outfit. She knows I’m amongst the working poor.

The waitress trots up and we make our orders. I play it safe, a cappuccino, no cocoa powder on top. Theresa stays true to her British colours, ordering herself a pot of English breakfast.

“Something to have with your drink?”

“Ah, you know what I’d like”, she says suddenly. “One of those…crunchy almond biscuits from Italy—cantucci! They’re in most cafes, in every Costa, or Café Nero, you know…”

“I’m sorry, we don’t stock those ones anymore.”

Theresa remembers we have now left the EU, and asks what else they have.

“Erm, I think we’ve got some Madeira cake? There might be some bread pudding lying around…”

There is a long pause. I know Theresa is indecisive, I remember she took ages deciding when to trigger Article 50. Who knows how long it’ll take for her to choose between one bland snack and another. She can’t stop a slight scrunching of the nose.

“We’ll be fine, thank you.” She gives another Cheshire cat smile.

As she has to look friendly in public, she stops the waitress and asks her name and where she is from. Maybe she thinks prime ministerial friendliness is a category on TripAdvisor. The waitress looks slightly nervous, and seems to peer out of the window in case one of the vans designed to deport illegal immigrants is hovering around.

“I’m Paola, from Valencia—but I’m going back as soon as the visa expires.” With that, she rushes off. Theresa looks uncomfortable. I reassure her that it doesn’t matter as she can’t vote anyway. She responds with an ambiguous “hmm.”

I raise her spirits by having a rant about David Cameron and his spinelessness. I load her with compliments about how she can—to quote herself—”lead a country”, get better press than Jeremy Corbyn (she smirks—she knows that isn’t hard), and strut through the White House and face the Beelzebub himself.

“Hold your horses, Donald is actually quite a gentleman.”

Wow, I can’t compete with that. My office only happens to be oval-shaped, and I don’t have a shiny yellow combover, or a Tower of Isengard in New York. I try to steer the conversation away from politics. She gets too much of that.

We reminisce about the places we have travelled to, and she asks me what one of my favourite cities was. I muse about Brussels, but remember I have only ever visited a petrol station there, so I make something up. She doesn’t seem to notice my fabrication, and looks morose as I recall how tasty the chocolate was—how one box of Guylian is worth thousands of barrels of Quality Street. I reassure her. “I understand, I guess you aren’t so welcome in Brussels anymore?” She gives a solemn nod.

Eventually, I realise that wherever we seem to steer the conversation, it reminds us of our continental bereavement. I scan my eyes around the café. It’s dreadful. Customers sit wiping greasy bread pudding raisins off their chins, the smell of burnt bacon pervades the air, whilst the salt cellars and Heinz tomato ketchup bottles sit as numbly as plastic mini married couples by the odd plate of untouched Madeira cake. Now Vera Lynn is playing on the radio. I have to put Theresa May out of her misery. I want to hear Nouvelle Vague covers, and I want the people to drink espressos and eat croissants and Danish pastries. I want a portrait of Jean-Claude Juncker to hang upon the walls like a portrait of Chairman Mao.

On the premise that being Prime Minister makes her some sort of genie, she asks me if I had one wish that she could grant, what would it be?

The Cheshire cat grins again. She puts down the china cup, carefully wiping the fuchsia lipstick stain off it. She raises her eyebrows.

Her aide walks in to signal our time is up. And, with that, she bids me goodbye and drives off to visit a local grammar school to tell the students how great they are. 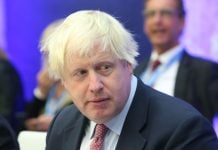 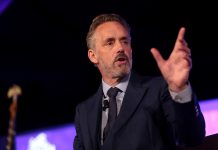 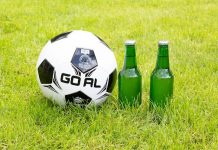