CherwellIndependent since 1920.
News Oxford students to run for Council positions 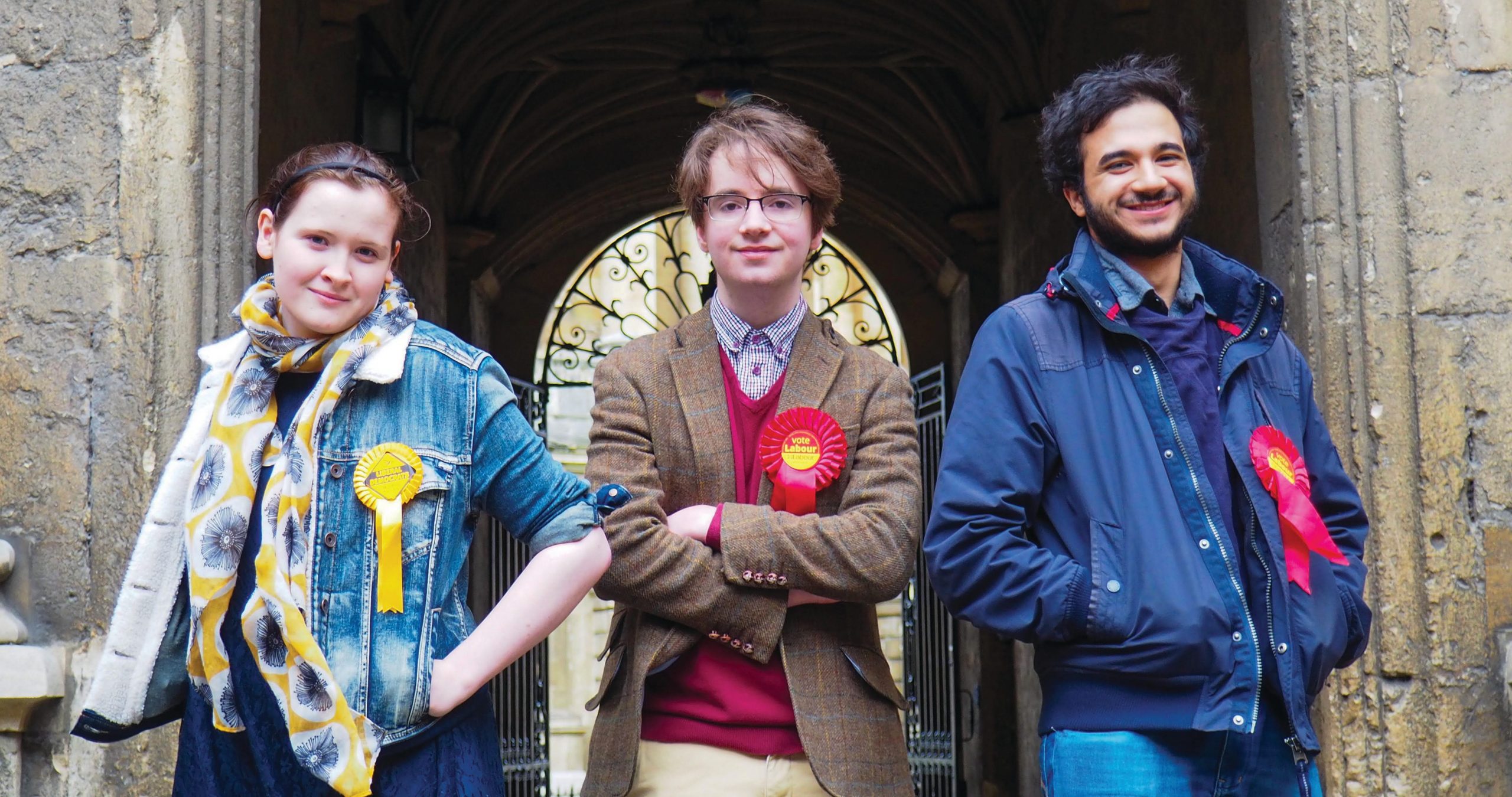 Several Oxford students will be taking their passion for politics and student activism to a whole new level as election season approaches, with a handful standing to be Oxfordshire County councillors and one student hoping to be Labour’s new parliamentary candidate for Oxford East in the upcoming general election.

County Council elections are held in May every four years with all 63 seats up for election on 4 May 2017.

Students will be running for seats in divisions including Abingdon East and Cowley. The key issues for the students running are local housing, social care, homelessness, employment, and the maintenance of the environment and infrastructure.

McEvoy, a second-year Historian at Christ Church and OULC member, is focusing his campaigning on the “protection and funding for services”, “the status of care work”, homelessness, and housing. He has previously campaigned during the 2016 local elections and EU referendum.

Bertholdi-Saad is a second-year History and Economics student at Wadham, and is the current Wadham Student Union President and a former OULC co-chair.

Writing about his campaign on the OULC website, Bertholdi-Saad said: “Locally, there are real issues that come out talking to local people as well as following local and national politics. This ranges from dangerous local trees in Jordan Hill … to larger county issues—cuts to social care, cuts to our NHS, and other unaccountable changes.”

Speaking to Cherwell on his decision to run, Bertholdi-Saad said: “I liked canvassing in first year and the local Labour Party wanted young people, BME people and women to run—I thought that two out of three wasn’t bad!”

Daniel Iley-Williamson, a Politics tutor and PhD student at Queen’s, and was hoping to be the Labour candidate for Oxford East in the upcoming general election before the selection of Anneliese Dodds, Labour’s MEP in the South East England region.

This comes after the announcement that Andrew Smith, the Oxford East Labour MP for 30 years, will not be standing as a candidate in June’s snap election. This constituency contains the majority of Oxford colleges.

Speaking about his reasons for running, Iley-Williamson told Cherwell: “in a parliament in which the current average age of MPs is 51, I want to bring the voice of the austerity generation to Westminster”.

Iley-Williamson’s campaign is focused on the need for rent control, a higher minimum wage, free education, and defending public services. Iley-Williamson’s hopes of becoming Labour’s prospective parliamentary candidate for Oxford East were dashed when Anneliese Dodds, a Labour MEP first elected in 2014, was selected by members of the National Executive Committee.

Harry Samuels, a classicist at New College and former President of the Oxford University Liberal Democrats (OULD), is running as a Lib Dem candidate. Samuels also stood for Carfax at the city council election in 2016.

Speaking to Cherwell about student representation in local politics, Samuels commented: “It’s vitally important that students are part of the wider community and engage with it. We’re not some separate bubble with no right to representation, and it’s important that we stand up for what we believe in too.”

Discussing his decision to run for the county council, Samuels emphasises the need to counter the hard Brexit being put forward by other parties. Like many students running in these elections, Samuels is also focusing on social care. Lucinda Chamberlain, a third-year PPE student at Brasenose, is also running as a Lib Dem candidate.

When asked about what she was looking forward to on the campaign trail, Chamberlain said: “I always have fun with campaigning, although it’s taken a while to get used to seeing my own names on the leaflets, and in everyone’s pidges!”

“Oxford University is such an integral part of this city and its community, and yet the views and interests of most students are side-lined and ignored”.

Alex Curtis, running as a Conservative candidate, is already a seasoned political activist. He is currently Deputy Chair of the Oxford East Conservative Association and has run to be a councillor before.

Speaking to Cherwell, Curtis said: “I decided to run because I am passionate about many of the issues covered by Oxfordshire County Council. Good governance is a challenge, and it is very difficult to balance limited public spending with good quality public services.”