My town and my gown: between Slough and Oxford

In the first of a new series, Jack Allsopp finds some surprising connections between his two home from homes 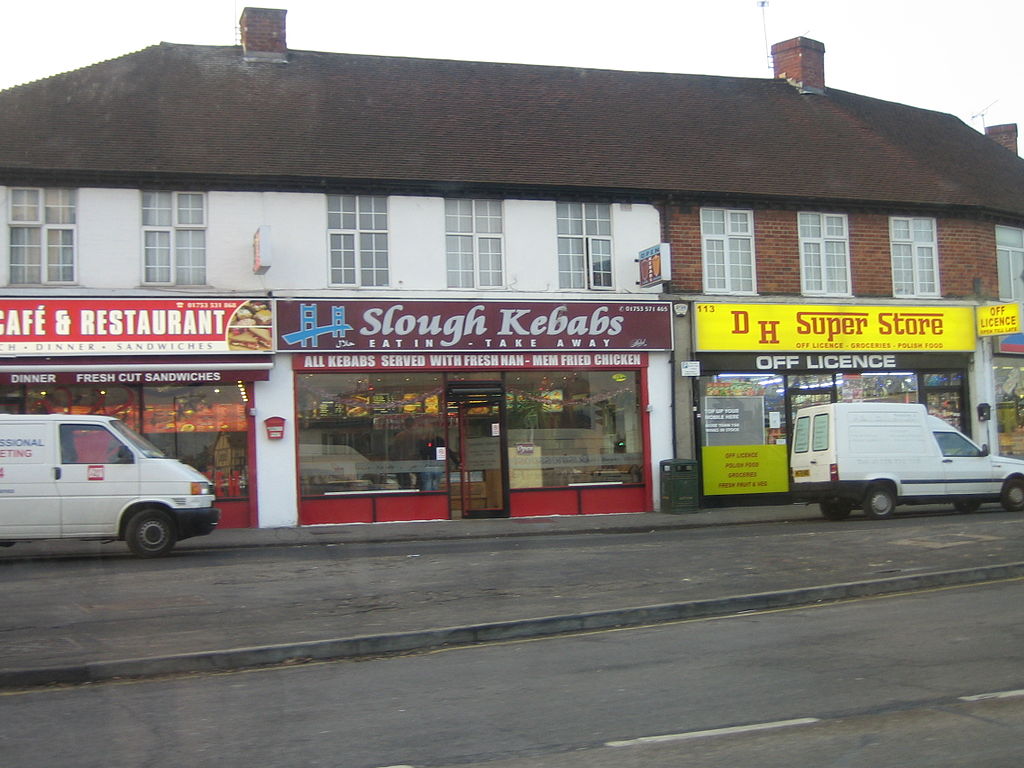 Superficially, to those who are not as intimately acquainted with both places as myself, Slough and Oxford might not seem all that different. To a Northerner, Welshmen, or Scot, they are perhaps indistinct epitomes of southern privilege and prosperity. However, having been to secondary school in the former, and now attending university in the latter, I can confirm that this is very much not the case.

Only a 45 minute train journey (if you successfully avoid the dastardly local stopping service) separates the cities, but I am consistently stunned by the differences between Slough, whose name can also mean ‘ditch’ or a ‘low and boggy area’, and Oxford, whose name can refer to a kind of expensive shoe. On second thoughts, perhaps I really shouldn’t be all that surprised.

The contrast between the green outdoor spaces in Oxford and Slough are a useful illustration of the fundamental differences between the two cities. Each afternoon for most of my time at school, I would walk through Kedermister Park to my bus stop. You would regularly hear of, if not see, muggings occur here, with tougher kids from other schools often pinching phones from scared younger children, sometimes with a threat of a knife to boot. Nitrous oxide canisters poked out of the grass, and we often had to dodge drunks staggering past us both morning and evening. Unsurprisingly, we were strongly encouraged never to walk through the park alone by teachers and parents.

By way of comparison, my time at Merton College means I am well acquainted with Christ Church meadow. Here I often see tourists punting down the river, grinning at one another, and snapping photos. I see students with earphones in, pounding down the path in attempts to counter the grease of the previous night’s Hassan’s. Then of course there is the Oxford couple: smitten students holding hands and chattering away, sporting pea coats and Chelsea boots, and utterly oblivious to the outside world. This atmosphere, this feel, could not differ more dramatically from what I was used to at Slough.

To give another example, at lunchtime when attending school in Slough, my friends and I would regularly wander down the local parade of shops to sample some of the culinary wares that Trelawney Avenue had to offer. Of course, the selection was dominated by non-English options: the Polski Sklep was rarely frequented but did provide me on occasion with good popcorn, bread and chocolate; Pizza Bien’s greasy brown paper bags filled with cheesy treats also failed to tickle my fancy, though was a firm favourite amongst my friends. I much preferred the local corner shop run by an amiable Sikh family, who would invariably convince me to part with 50p for a can of Rubicon or grape soda.

Whilst this may seem like multiculturalism at its finest – and perhaps it was – the recent Panorama documentary about racial integration in Slough made me think otherwise. Indeed, I did not feel like much of a trailblazer for ethnic diversity, shuffling down Trelawney Avenue with my friends who were, almost without exception, Indian.

By contrast, I feel as though my selection of eateries has become rather classier since becoming a member of Oxford University last October. Like any good middle-class student here, I have the perennial argument with my friends about which is the best sandwich shop in Oxford. This is as good a time as any to plug my favourite option (no, I am not getting paid to do this, though if they want to give me free panino, then I would happily acquiesce), Sofi de France. As my friends and I weigh up the relative benefits and shortcomings of the baps supplied by Taylors, versus the slightly pricier but utterly superior ciabatta options at Sofi de France, versus the cheaper and definitely-not-as-good selection at the Oxford Sandwich shop (who even goes that far back in the covered market?), I often reflect on how different this is to the 50p Rubicon can and chips which were staples in my diet less than 12 months ago.

Yet, in a way, Oxford has offered me a different sort of multiculturalism to Slough, but one that is no less interesting and eye-opening. Deep into a hungover Rad Cam session a few months ago, I made my customary trip to Sofi de France and began chatting with the owner and his wife: it turns out he is a Moroccan immigrant, and she is from Brazil. Not only did this give me the smug satisfaction of becoming one of their ‘regular’ customers (an achievement I am still proud of to this day), but it also made me realise that in fact Oxford was perhaps not so different from Slough after all. Yes, at secondary school I was surrounded by teenagers whose parents all came from India, Pakistan and Sri Lanka, while at Oxford I am one brown face in a sea of white. Both of my homes away from home are, in their own ways, culturally homogenous. However, in both Slough and Oxford, if you can muster the courage to leave the library and stretch ones legs in the city itself, you can see diversity all around, from the Polski Sklep on Trelawney Avenue, to Sofi de France in the Covered Market.

Perhaps Oxford and Slough are not so different after all. Or perhaps I’m just being whimsical, in drawing parallels between the city where I study today, and which I openly and dearly love, and the town where I used to attend secondary school, a town which I used to criticise, but for which I occasionally and secretly feel pangs of nostalgia and longing.

Although just a train ride away, Slough’s rough and slightly scary charm still holds a place in my heart, and I find comfort in thinking that it’s not so different to this city called Oxford, which I now call home.