Homeless squatters, who today were evicted from a Wadham-owned garage, claim to have secured a University-owned building 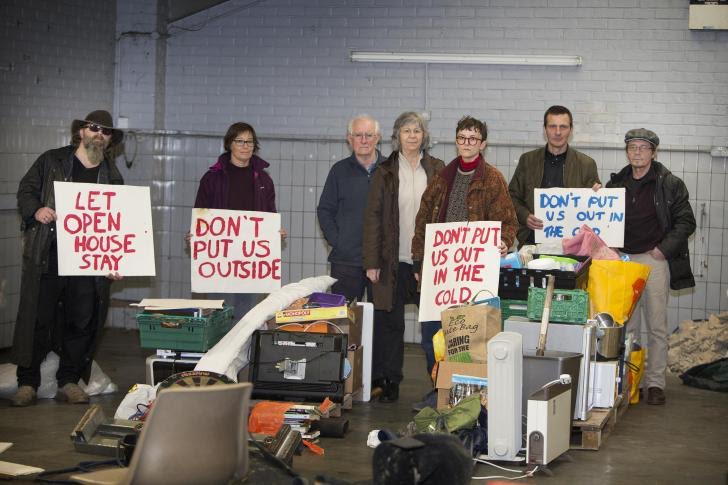 The Iffley Open House (IOH) occupiers claim to now be squatting in a University-owned building, following their eviction from the Volkswagen garage owned by Wadham College in which they had been living.

Today the group secured the power station at Osney Island, an unoccupied space owned by Oxford University, which they claim has been left “unutilised” for several years.

The building was used as a physics faculty by Oxford in the 1970s, but has stood empty now for seven years. The space had reportedly been considered for use by the University’s Said Business School.

In a press release IOH said that they “hope to stay for two months, and work with local residents to create a safe space which is just as successful as the original Iffley Open House”.

Oxford University said in a statement to Cherwell: “30 people moved into the Old Power Station building owned by the University of Oxford. Around 20 of them are homeless and are using it as a squat after vacating a former car showroom from which they had been given notice to quit.

“Ten volunteers working with the homeless are thought to have joined them. The University sympathises with the plight of these homeless people who need somewhere safe to live and has been speaking with their representatives about how to resolve the situation.”

IOH squatters were given notice from Wadham two weeks ago that they would have to leave the old VW garage owned by the college by yesterday.

This notice came despite tthe group’s claim that in January the leaseholders of the ground floor of the building, the Mid-Counties Co-Operative, had negotiated a lease to allow the squatters to stay until 10 April.

Since New Year’s Eve the group had being using the building to house up to 20 homeless people. They had been providing cooked meals and washing facilities, as well as skills to help the residents find new work.

Oxford University students, including the ‘Hertford for the Homeless’ campaign, have worked alongside local volunteers to aid IOH’s homeless residents. Students today assembled in Radcliffe Square to take photos to express their solidarity with the project.

IOH say that since opening the shelter, two residents have been rehoused, one has been accepted into University, a further two have started new jobs, and several others are awaiting responses from job applications.

Sandra Phillips, an IOH voluntee, said: “We fully intend to respect the Power Station and the surrounding community for as long as we stay here, we hope match the level of understanding and support that we’ve received at Iffley Road

“Ultimately, this is about providing housing for those who need it most – and we truly believe that the residents of Oxford believe in this cause as much as we do”