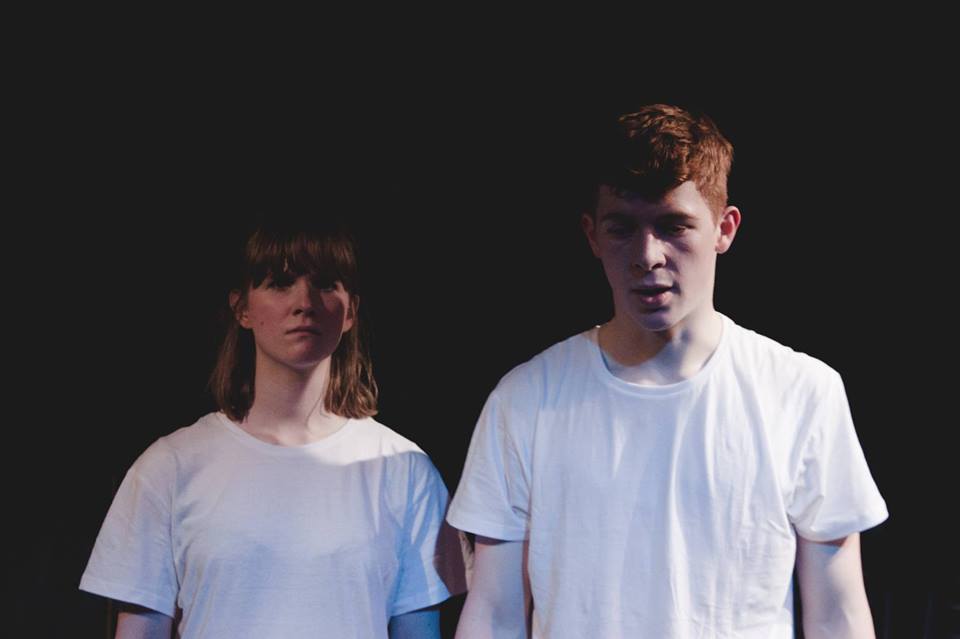 The play opens with man and a woman embracing as they share their disturbingly violent sexual fantasies with each other. They never remain static, at times kissing, at times fighting, even lifting each other in the air. Their words are equally fluid: interwoven monologues and sharp dialogues that sweetly trace their youthful love story of a chance meeting at a party—and then switch to wild fantastic imagery of islands and monkeys and sea monsters.

The time and place are unclear, but there is a sense of apocalyptic disaster happening outside the intimate space of the two lovers. Themes are repeated throughout the shifting monologues: the threat of bombs, the pain of losing a loved one. The characters shift between playful sparring to clutching one another in agony in moments.

Even in the brightly lit Wadham rehearsal room, with the actors in their own clothes and not fully off-book, the emotion and fervour of Tender Napalm was overpowering. Catriona Bolt’s production, set in the round for an added sense of closeness, is both mesmerising and stifling. I felt myself at points wanting to escape from the relentless intensity of the lovers—although perhaps “lovers” is the wrong word, for at times their loathing for each other was palpable.

James Walsh and Hannah Marsters have excellent chemistry and produce varied and captivating performances. He is lustful and yearning as he describes his dark sexual desires, and then wracked with anguish as he sobs for a loss we do not fully understand. She is playful and almost childish as she imagines herself queen of a desert island, and vicious as she describes punishing her lover. She manages, however, to contrast this with moments of acute fragility and tenderness. It will be interesting to see how the production uses sound and lighting to intensify these performances.

Tender Napalm is not performed very often, and it’s easy to see why: the absence of real plot and disquieting nature of the play don’t make it an easy watch. But the visceral power of the performances, and the moving and sometimes shockingly funny commentary on love, loss, fantasy, and violence in a devastated world make it well worth a ticket.